Understanding the World Starts at Home 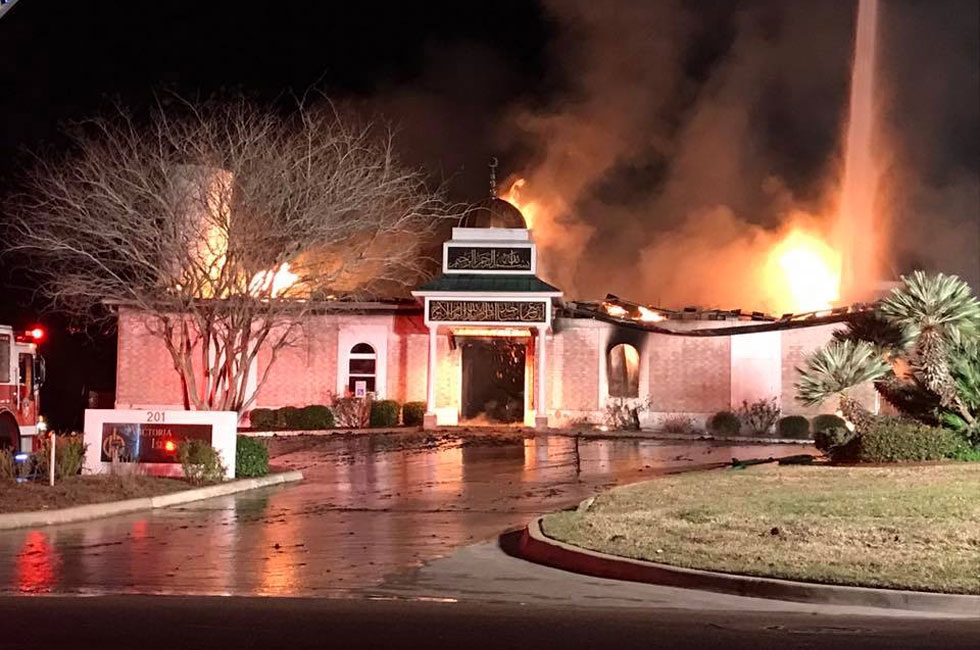 I found out about the mosque burning in Victoria, Texas, from my mom.

This might not sound surprising, but those who know me know that I’m a Twitter junkie, and I tend to hear about what’s happening in the world pretty quickly. When a Christmas market was attacked in Berlin in late 2016, I was the person who told a good friend about it, even though she lived not 10 minutes away from where it happened.

But this was different. I grew up in Corpus Christi, a small city about 90 minutes down the coast from Victoria. And in South Texas, that means my childhood soccer teams regularly made the trip up the road to play there. Victoria is like Corpus—just smaller and even less enjoyable to visit.

Most of my life, I’ve had a sort of a hate-hate relationship with Texas. I’m not a fan of its culture, its ego, its unhealthy obsession with firearms, or its sprawling cities.

Growing up gay in South Texas made it pretty clear early on that I was different, and that different was bad as far as anyone else was concerned. So when my church, my classmates, and in some cases, my friends, told me I was going to hell, I took that lesson of intolerance to heart and left Texas as soon as I could, trying to never look back.

When I heard about the mosque burning in Victoria, I wasn’t really surprised. If anything, I was actually a little surprised it hadn’t happened sooner. This was, after all, the state where a black man was lynched and dragged behind a car for 3 miles before he died … in 1998. And the state where the Jewish Community Center down the road from our house was bombed when I was a kid. Of course a mosque was set on fire in Texas. Of course!

But like any stereotype or bias, even those built on the shaky ground of bad memories will begin to crack under pressure.

As a global education advocate, recognizing perspectives and being able to live in a world of nuance and complexity is critical. I was able to do that with ease, getting to the humanity at the root of issues, in all cases but one—my hate affair with Texas.

Memory is a powerful thing. And while I always knew, logically, that a blanket hatred of Texas was ridiculous, my heart was adamant, and the sporadic but numerous examples like those above only served to reinforce it in my mind.

In the Texas I describe above, everything must be terrible and no one cares about a mosque burning. But that’s not remotely close to what happened.

In the real world, after the mosque burned in Victoria, Texas, the local synagogue handed their keys over, and multiple churches offered up space to the Muslim community. And the GoFundMe page set up by a member of the community to rebuild the mosque surpassed its fundraising goal in spades and ultimately raised more than a million dollars.

Hundreds of people in Victoria and thousands across Texas and the world responded to such hate with love, mirroring what we’ve seen time and time again. That horrifying 1998 lynching in Jasper, Texas? That resulted in a statewide hate crimes law that laid the groundwork for a national law, the Matthew Shepard and James Byrd, Jr. Hate Crimes Prevention Act. Trump’s immigration ban? That resulted in an outpouring of love across the country for refugees and affected residents alike.

I won’t pretend that Texas will become my favorite place, or even a place I enjoy traveling to. It won’t, and that’s ok. But the lesson I’m learning is a basic yet essential one—understanding the world starts at home, and it’s time I stopped running away.

I’m learning, finally, that sometimes taking action is as simple as giving grace. Or, as Dr. Martin Luther King, Jr. said, "I have decided to stick with love. Hate is too great a burden to bear."

Anne Hilton is Assistant Director of Marketing & Communications in the Center for Global Education at Asia Society. She received a Master's degree in Korea studies from the University of Washington, and a Bachelor's degree in German and chemistry from Trinity University. She lives in Seattle, Washington, but somewhat ironically, published this article while visiting family in Corpus Christi, Texas.