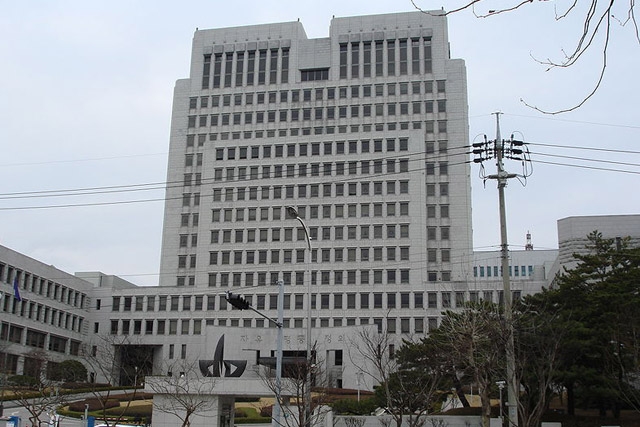 Koreans, like their neighbors the Chinese and the Japanese, traditionally avoided lawsuits. They settled their differences informally through family or community organizations. In Japan, Taiwan, and the People's Republic of China, out-of-court mediation is much more common than a lawsuit. Koreans also share this preference, but their mediation process takes a different form.

Koreans' preference for mediation comes in part from their Confucian heritage. Confucians believed the very existence of unlawful behavior indicated a failure of the moral system and ethical example of the king. At best the development of legal procedure was a regrettable necessity. Using lawsuits to solve problems was extremely undesirable, and this attitude was reinforced by negative features of Korea's traditional legal system. Trials were slow and expensive, and in the case of criminal trials where torture was legal, even physically dangerous. For both moral and practical reasons, mediation was the best way to settle disputes.

In mediation a third person (the mediator) helps resolve a dispute without authority to impose a decision; disputing parties are free to ignore or reject the mediator's suggestions. In Western lawsuits the disputing parties surrender their right to decide, and only the judge or jury hands down a decision. In Korean lawsuits the judge in a formal court, as powerful and active in the courtroom as our own, mediates more than he judges.

At first the Korean judge, clad in black robes, seated on a raised platform in front of the courtroom, looks like an American judge, with all the trappings of our own courts of law. But often a Korean trial does not result in a verdict. Actually, the courtroom in Korea is less a setting for lawsuits than a forum where people air grievances before an objective third person. The judge, really a mediator, helps them reach an amicable solution.

In other East Asian countries there are more opportunities for pre-trial mediation. In Japan, for instance, the police play an extremely important role as informal mediators, and many disputes are resolved quickly at the neighborhood police station. But Korea has fewer pre-trial procedures available and the police are unpopular. So, informal mediation occurs in a more formal setting.

Generally, Korean judges, lawyers, as well as the disputing parties believe that going to court, are to be avoided if at all possible. The only prospect worse than ending up in court is prolonging the stay. Judges assume that most people really prefer to resolve their disputes with as little conflict as possible and will welcome the opportunity to compromise.

Korean legal practice emphasizes discovering the facts in the case rather than hearing competitive arguments, as in our courtrooms. Unlike an American, the Korean judge serves as chief questioner of all witnesses. He offers suggestions, expresses opinions and controls the hearings even when lawyers are present. He determines right and wrong and acts as a truth-seeking specialist empowered to get to the bottom of the trouble. The lying witness should be exposed, the cunning plaintiff thwarted and the ignorant defendant allowed a fair hearing.

Most Koreans represent themselves and do not hire a lawyer in civil lawsuits. Lawyers, when they are present, play a secondary role. Lawyers begin their careers as judges and then retire into private legal practice, the opposite of our system. Lawyers are often decades older than judges and see themselves as colleagues who advise and help the judge. The judge discovers the truth; the lawyers advise him and help their clients through the bureaucratic maze. Since most lawyers began as judges, they identify more with the judges than with their clients.

The modern Korean judge embodies many traditions of the old district magistrate who adopted a fatherly role toward people under his rule. Traditional Korea had no use for lawyers. Those who made a living drawing up legal documents or representing people before the magistrate were seen as obstructors of justice. They were thought of as crooks, who instigated lawsuits, fabricated evidence and hindered the work of the magistrate, whose job was to solve the crime or resolve the dispute. Offering legal advice for a fee was, in fact, severely restricted by law in Korea until 1905. The lawyer now has more dignity but is relegated to a secondary position.

An American judge acts as impartial referee, weighing the arguments skillfully represented by professionals, but in Korea the judge alone is responsible for the realization of justice. His part in the trial is consistent with the traditional role of magistrate; he acts as a mediator, the natural ally of honest people. Since the style of the Korean judge lends itself to mediation, what starts as a Western style trial easily shifts to encourage reconciliation. The judge is supported in his efforts toward compromise by the lawyers, and the compromise agreement is considered an official court document with the same legal force as a judge's verdict.