US Indo-Pacific Pivot - What it Means for Northern Australia 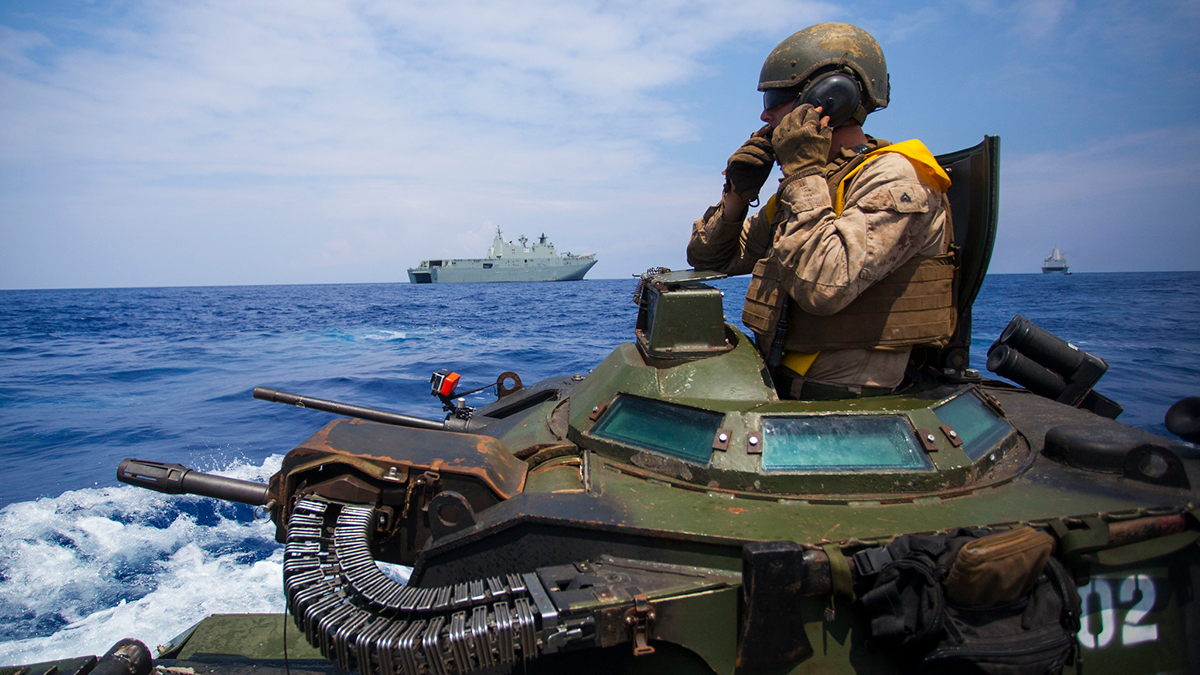 The visit to Darwin this week by Admiral Aquilino, Commander of the US Forces Indo-Pacific Command (USINDOPACOM), highlights the importance of northern Australia to future US plans as it adjusts its military posture in response to the current great power competition in one of the most dynamic and contested region of the world.

Admiral Aquilino reports directly to President Biden and USINDOPACOM’s mission is to ‘enhance stability in the Asia-Pacific region by promoting security cooperation, encouraging peaceful development, responding to contingencies, deterring aggression, and, when necessary, fighting to win’. He has a huge command which includes approximately 380,000 personnel and responsibility for all US military activities in the Indo-Pacific, covering 36 nations, 14 time zones, and more than 50 percent of the world’s population. Quite a responsibility.

Earlier this month, Admiral Aquilino told US Congress that the US will require a robust force presence in Guam, Japan, the Philippines and Australia to ‘effectively defend Taiwan against attack by mainland China’. His remarks framed publically for the first time these locations as hubs for USINDOPACOM.

US pivot to the Indo-Pacific

Under the Biden Administration, the pivot to the Indo-Pacific is on again following the false start under President Obama’s Administration. We have seen the realisation of the Quad, AUKUS and a range of senior US diplomatic regional engagements across the region. This has been supported by several key policy documents (Indo-Pacific Strategy, Global Force Posture Update, US Marine Corps Force 2030 and others) which all outline the intention to move from large, garrison bases in Asia (namely Japan and the Republic of Korea) to smaller, dispersed and agile forces.

What does it mean for northern Australia?

There has never been a more important time to realise Northern Australia’s value as an alliance hub is the supporting and enabling role to effectively train, sustain, and coordinate US and partner nation military forces in a secure, yet geostrategic location.

The Morrison Government has committed significant funding to developing infrastructure, bases, training ranges and other capabilities across the north of Australia. In the Northern Territory alone there has been a commitment of $8 billion in defence capital infrastructure works over the next decade. Likewise Queensland and Western Australia have seen significant capital investment. As US plans become clearer, and our respective militaries release future intentions, it is a pretty safe bet to say that this investment will only increase.

There is a reason Admiral Aquilino came to Darwin as the first port of call during his Australia visit program. Northern Australia, and especially the Northern Territory, has some unique advantages for USINDOPACOM: location; growing state of the art training ranges; established port facilities; high-speed, reduced data latency and secure communications; cyber capabilities and partnerships; a sovereign space capability; and a growing industrial base.

It is clear that the Australian and US governments are starting to lay the foundations for more to come.

This year for the first time in since inception, the United States Marine Corps (USMC) Rotational Force – Darwin (MRF-D) will be led by a standing Marine Corps regimental command element. The increased command presence not only further demonstrates the Marine Corps’ commitment to MRF-D, but also provides a certified leadership team to support the variety of exercises and tasks. It also means the majority of USMC personnel will come from units stationed in Southern California rather than Japan.

The announcement this month to establish a US Army Rotational Taskforce Australia is one example. The US Army has a much larger budget, tends to bring with it everything it needs to exercise and operate and comes ‘big and fast’. We may see the US Army wanting to invest in large infrastructure projects in the north for equipment pre-positioning, sustainment, fuel and other logistic support and training and exercising at scale – much beyond the current levels of USMC which sits at around 2,200 per year.

If things do develop and the US wants to do more, it will be important there is coordinated and enhanced logistics planning and support. This is important as it ensures a coordinated approach to strategic infrastructure and supply chain (fuel, ordinance, equipment, sustainment, etc.) planning. It is critical that we get this right. Digital tools such as Virtual Twinning of supply chains and infrastructure sites can help accelerate this and will be necessary given the pace of change happening in the region.

Other announcements that we could see in time are around a large, shared maritime support facility, increased short-term basing of long-range strategic bombers out of RAAF Base Tindal, equipment pre-positioning (including missiles and other explosive ordinance) across the north and testing of next generation weapon systems.

While the Alliance with the US continues to underpin our defence and national security there will be challenges for the Australian Government in managing an increased US presence.

While there will be some Australian public discomfort with the thought of having a large US military base in the north, most of the local population welcome the proposition as it brings much needed jobs and economic growth. While one could argue that the Pine Gap ‘joint facility’ is a US base, it is nothing like the scale of the bases the US has in Japan, Guam and South Korea that house tens of thousands of troops. These will be issues that will need to be worked through with the public, and in the north especially with the traditional land owners.

The second challenge will be getting the regional engagement right and we have kicked own goals in the past by poor engagement and messaging. The 2011 announcement that the Northern Territory would host the USMC Rotational Force - Darwin saw an immediate reaction from the Indonesian military (Tentara Nasional Indonesia or TNI) demanding an urgent explanation from Australia on these plans and questioning the need for a military build-up on the country's doorstep. There were genuine concerns at very senior levels in TNI that this was a move leading towards an Australian-led invasion of West Papua.

These challenges are not insurmountable, however it will require a significant change in the Australian public’s mindset, careful and well managed messaging in the region and significant political will to push back against any ‘arc of autocracy’ that threatens the stability and security of the region.