Northern Australia: An Alliance Hub in the Indo-Pacific 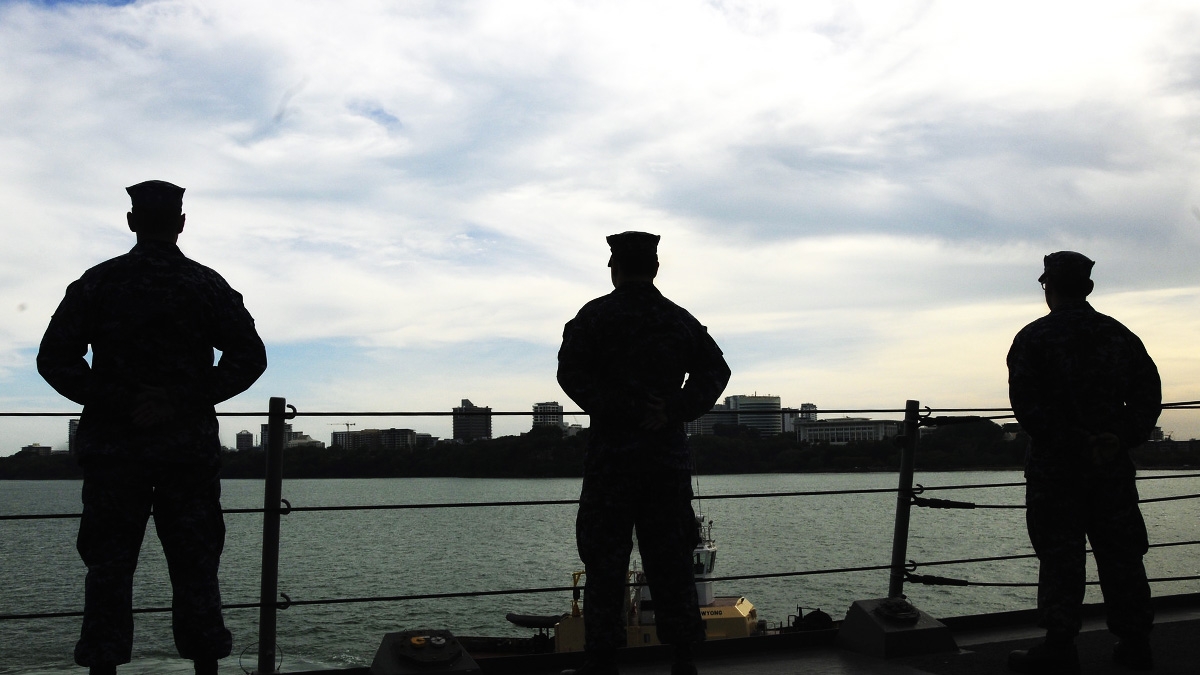 The strategic importance of Australia’s north to Australia’s defence has long been recognised by government and policy makers. Since World War II, northern Australia has been a critical contributor to Australia’s security, as well as a key stakeholder in the regional security architecture, including the Australia-US Alliance which remains the bedrock of our defence and national security policies.

As the Biden Administration adjusts its global military footprint and efforts to strengthen partnerships and alliances in the Indo-Pacific, northern Australia will become increasingly central to US military planning and offer a range of solutions confronting the United States in responding to the China challenge and other security concerns in the region.

To support and enable the United States (and other partners, including Japan, India, the Republic of Korea, Vietnam and Singapore) there is an opportunity to position the north as a valued alliance hub.

To realise this generational nation building opportunity, and reimagine our place in Indo-Pacific security architecture, we first need a coherent and holistic northern Australia strategy – one that is developed through a genuine partnership between the Commonwealth and jurisdictional governments.

The US as a trusted partner in the Indo-Pacific

When President Biden decided in April to withdraw US forces from Afghanistan by 11 September 2021, the 20th anniversary of the 9/11 terrorist attacks, its pronouncement was met with displeasure from many allies and partners who felt they had not been adequately consulted. The scenes of chaos we have witnessed recently through poorly managed airport departures and desperate attempts to flee the Taliban rule have only added to this displeasure. This has included partners in the Indo-Pacific who have looked to the United States as a security guarantor for more than 70 years.

The Chinese Communist Party mouthpiece, The Global Times, was quick to jump on the Afghanistan withdrawal to portray the US as a fair-weather ally. It quickly published several articles questioning the US commitment to a ‘Free and Open Indo-Pacific’, as well as any long-term commitment to the security of potential ‘flash points’ such as the Korean Peninsula and Taiwan.

Despite this hyperbole, there doesn’t seem to have been genuine concern raised by regional leaders with Washington, not publicly at least, and it appears that the US is committed to a genuine pivot to the Indo-Pacific.

Regional relationships and support will be key to success and this has been emphasised through strategic messaging by the President and his senior leadership, as well as the strengthening of multilateral initiatives, notably the Quadrilateral Security Dialogue (the Quad) which involves the United States, Australia, India and Japan.

After many years of being an unrealised platform for co-operation and building military interoperability, the Quad has been resurrected recently and is gathering pace. While differences remain among the four countries on threat perceptions and strategic priorities, all share a common interest in maintaining a stable balance of power in the Indo-Pacific region, freedom of the seas, an open rules-based economic order, countering debt-trap diplomacy and in  limiting the use of coercion by a state to assert territorial claims. At the March 2021, Virtual Quad Leaders’ Summit, President Biden emphasised that “the Quad is going to be a vital arena for cooperation in the Indo-Pacific”.

In July 2021, the US Secretary of Defense, Lloyd Austin, visited Singapore, Vietnam and the Philippines and stressed in his speech to Singapore’s International Institute for Strategic Studies that “I've come to Southeast Asia to deepen America's bonds with the allies and partners on whom our common security depends. Our network of alliances and friendships is an unparalleled strategic asset”.

In August 2021, the US Vice President, Kamala Harris, visited Singapore and Vietnam to again reinforce the importance of partnerships and America’s ongoing commitment to a secure and stable Indo-Pacific as Washington seeks to bolster international support to counter China's growing global influence.

This public messaging and posturing is supported by a bipartisan willingness in Washington to challenge China’s strategic posturing in the region and to seek alternatives to limit Beijing’s disruptive role.

The Trump Administration developed several key policy documents to define this position. The 2017 National Security Strategy specifically referred to China as a revisionist power and stated that “China seeks to displace the US in the Indo-Pacific region, expand the reaches of its state-driven economic model and reorder the region in its favour”.

The 2019 'Indo-Pacific Strategy Report: Preparedness, Partnerships and Promoting a Networked Region' highlights that the Indo-Pacific is the  ‘priority theatre’ for the US military and that key to success will be working closely with allies and partners. And the 2019 'Free and Open Indo-Pacific: Advancing a Shared Vision' outlined the US Department of State’s priority on working with partners and the need to assist in soft diplomatic efforts in the region, such as infrastructure development and capacity building initiatives where China has dominated for the past decades.

As with any change of government these policies are being reviewed, adjusted and different engagement approaches may be employed. However the Biden Administration appears committed to maintaining their strategic underpinnings. The current Interim National Security Strategy notes the objective to “lift up our values at home and speak out to defend them around the world; modernize our military capabilities, while leading first with diplomacy; and revitalize America’s unmatched network of alliances and partnerships”.

In February this year, the President directed the Department of Defense to conduct a global force posture review of U.S. military footprint, resources, strategy and missions.  It will inform advice to the US Commander-in-Chief about how to best allocate military forces in pursuit of US national interests. It is expected that the review will highlight how Australian and American areas of strategic priority are increasingly overlapping in the Indo-Pacific given heightened great power competition and the growing importance for the economic and security interests of both countries.

This approach is also reflected in various military policy and planning documents, such as the Pacific Deterrence Initiative and United States Marine Corps: Force 2030, which detail the requirements for the US military in the Indo-Pacific. Central to many of these will be the enabling role that northern Australia can of offer.

Geography will always matter and the north will remain Australia’s watchkeeper in the region. It is encouraging to note the Biden Administration’s focus on revitalising the existing US  military and diplomatic network in the Indo-Pacific, including with Australia. This year marks the 70th Anniversary of the Australia, New Zealand and United States Security or ANZUS Treaty and we can expect some significant announcements at the September 2021 Australia – US Ministerial Consultations. Northern Australia will no doubt feature as a central location as new platforms and sovereign capabilities are developed and future strategic infrastructure requirements become clearer.

Northern Australia’s value as an alliance hub is the supporting and enabling role to effectively train, sustain, and coordinate allied and partner nation military forces in a secure, yet geostrategic location. The North’s advantages are significant: growing state of the art ranges; port facilities; high-speed, reduced data latency and secure communications; cyber capabilities and partnerships; a sovereign space capability; and a growing industrial base..

The north is also well positioned to become a more central player in regional efforts to counter a wide range of non-defence security risks that go beyond the traditional concerns of defence policy. These include pandemic management, humanitarian and disaster relief support, border security management and biosecurity.

The north is a natural launch-pad for soft diplomatic and capacity building efforts into the region which reinforce international norms and rules. One example of this is the Northern Territory Government’s proposal to establish an Indo-Pacific Civil Maritime Law Enforcement Centre.

The Australian Government has made significant commitments to develop strategic defence and national security capabilities in the north, including through infrastructure projects, fuel storage and supply, training range upgrades and future capability basing. However much of this planning is siloed and lacks an over-arching northern Australia strategy that brings this planning into other civilian infrastructure plans. In these uncertain times, such a strategy is sorely needed and should be a priority as we map out Australia’s place in the region post-pandemic.

Guy Boekenstein MAICD is Asia Society Australia's Northern Australia fellow and Senior Director for National Security and Defence at the Department of the Chief Minister and Cabinet, Northern Territory Government