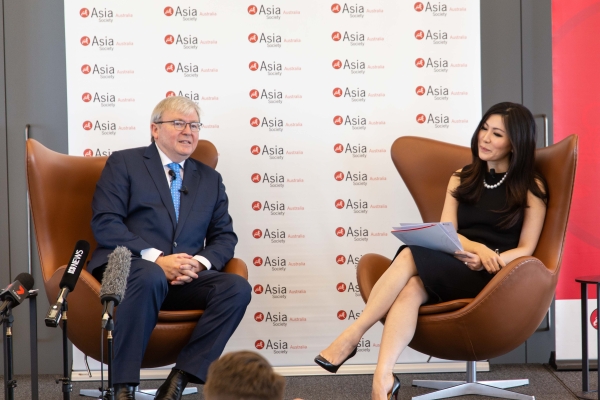 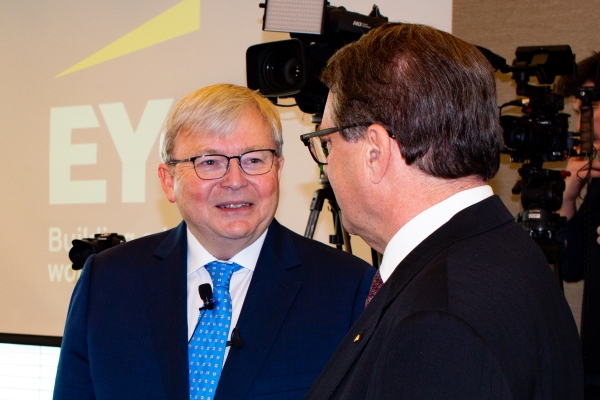 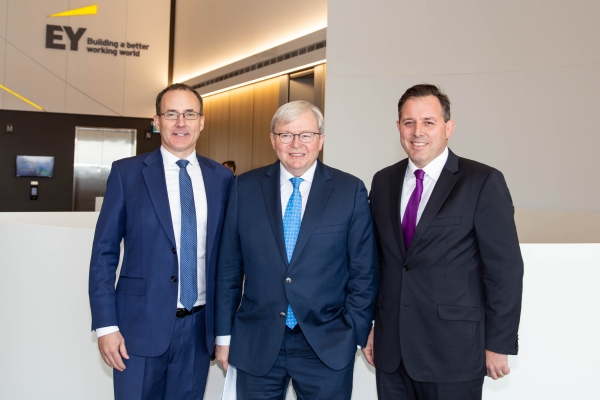 Speaking at an Asia Society Australia Leaders on Asia address yesterday in Sydney, Mr Rudd stressed the importance for Australia to get its relationship with China right, engineering a path to engagement that involves neither “conflict nor Kow Tow".

Back in 2011, as Foreign Minister of Australia, Mr Rudd first argued a middle-ground approach to deal with a rising China, “one that doesn’t see us polarized”. Seven years later as Australia-China debate becomes increasingly dichotomous, Rudd continues to advocate for balance.

Recognised as one of the leading global thinkers on foreign policy, Mr Rudd reinforced the need for a national approach that recognises the economic imperatives of the relationship while not undermining our core values as a Western democracy and our interests as an ally.

Australia needs to become both proactive and nuanced in its approach to China he said.

“We need to recognise that there are areas where we do and don’t share common interests and values”.

Elaborating, Mr Rudd said that Australia and China’s interests align over counter terrorism but not over U.S. engagement, in the same way that values converge over climate change but not human rights.

“Australia needs to recognize agreement, disagreement and the grey zone.”

In the same vein Mr Rudd urged Australia to move past the China-U.S. binary.

“This is not a binary proposition, we can walk and chew gum,” said Mr Rudd, “Australia is perfectly capable of managing a strategic relationship with the U.S. and an economic partnership with China.”

Given the escalation of trade disputes between the U.S. and China, which Rudd predicts will only amplify in light of Trump’s take on Russia, it is critical for Australia to develop a long-term, consistent, and independent policy of engagement with China.

"Because of the political reaction to this extraordinary statement from Trump in Helsinki, he'll now be in retreat which is more likely to cause him to pivot to an even harder line on China," he said.

Mr Rudd detailed these deep disruptions and dislocations to geopolitics, geoeconomics, technological development, artificial intelligence, and climate change. With the “China factor alive in them all” he unpacked them through the lens of Xi Jinping.

With a growing number of scenarios in which opposing “worldviews are rubbing slates,” Rudd explained how Xi’s desire to preserve and advance the China footprint has only amplified.

“Xi is determined to prove Fukuyama wrong,” said Rudd, referring to the political scientist who argued that the worldwide spread of liberal democracies and free market capitalism would mark the final form of human government.

With Australia on the radar, Mr Rudd reiterates that our relationship with China needs to be a priority.

“Australia looked at through Beijing’s lens is seen as a major player, we loom as one of China’s top 12 preoccupations. Therefore what we say and do matters,” he said.

Rudd’s recommended the bringing together of business, security and bureaucratic leadership for a series of closed-door discussions to build a long-term bipartisan China strategy.

Asia Society Australia, in partnership with EY, was delighted to host Mr Rudd for this Leaders on Asia address at EY in Sydney.

Guests included senior representatives of leading Australian and global companies across the key sectors of finance and banking, telecommunications, mining, professional and legal services, aviation and health, and government.

The event continued a long tradition of Asia Society Australia hosting leaders of government and key decision makers from across Asia for major public events.

This event was proudly supported by EY.