Indonesia, and the Great Unrealised Opportunity for Deep Partnership 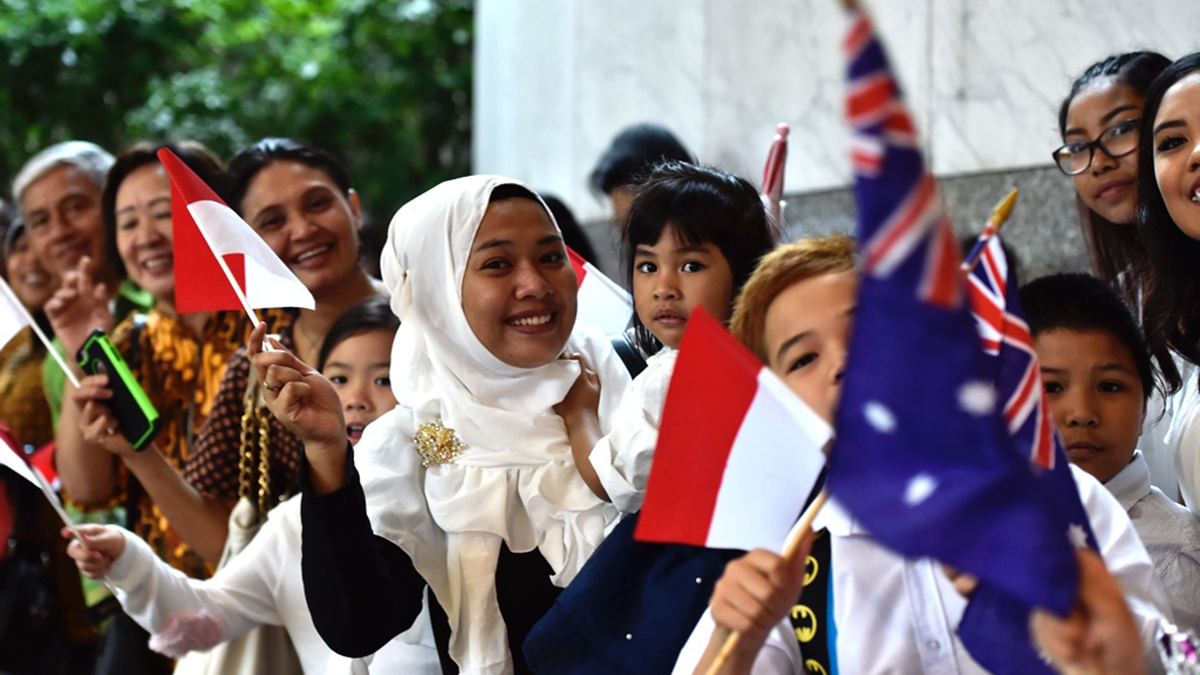 The Albanese Labor government has certainly come to power in interesting times. It faces myriad substantial challenges, as well as opportunities. There are few quick fixes – most of what needs doing is difficult and requires investing for the long term if challenges are to become opportunities. Soaring energy prices defy easy answers but accelerating the pivot to renewables promises manifold benefits.

On the international relations front, a domain sharing top priority for the Albanese government, alongside the challenge of mitigating climate change, the great challenge is China. There is a clear opportunity for a restarting high-level communications, but whilst this is essential it is not sufficient. Nothing about the relationship with China is easy.

But then there is Indonesia. Prime Minister Albanese and his most senior ministers have made it clear that nurturing the relationship with Indonesia ranks amongst the most important concerns of the new government. Here the challenges are considerable but the opportunities immense. A transformation in the relationship is sorely needed but it is within reach, if only we apply ourselves in earnest.

The greatest challenge to a paradigm-shift in improved relations with Indonesia lies not so much with history, or culture, or any of the thorny issues that are regularly canvased, but with mindset, both in Australia and in Indonesia.

In April 1992, Paul Keating, as a newly elected prime minster, made the bold move of heading to Indonesia for his first state visit. Successive prime ministers have continued the tradition of making Indonesia their first call, and thirty years later Anthony Albanese has made good on his intention to put Indonesia first (not withstanding that he was required to fly to Tokyo, and a heads of government meeting at the Quadrilateral Security Dialogue, on his first day in office). Significantly, Albanese’s first overseas visit as a minister was to Indonesia in 2007, and in 2019 he returned for his first visit as Labor leader.

Australia’s geopolitical future, Keating declared, was “in the region”. Keating promoted the Asia-Pacific Economic Forum (APEC) and championed the signing, in 1995, of a ground-breaking security agreement with Indonesia, declaring that Australia was seeking “Security in Asia, not from Asia”.

Regular social surveying by the Lowy Institute reveals that both Australians and Indonesians live with out-of-date, and needlessly negative, views of the other.  Less than one half (48 per cent in 2021) of Australians say that they trust Indonesia. And, in the 2021 survey, sentiment on the Lowy ‘feelings thermometer’ is tepid, coming in at the midway mark at 55 degrees (for reference, sentiment towards China and Iran hovers around 32 degrees and 34 degrees, whereas sentiment towards Germany, Japan, the UK and New Zealand is 69, 73, 76 and 87 degrees respectively).

Lowy surveying reveals that, more than two decades after Indonesia commenced one of the most successful democratic transitions in history, many Australians continue to see Indonesia as being much as it was under military-backed regime of Suharto.

Indonesia’s success is Australia’s good fortune, but the problem is that we just don’t know how lucky we are. Democratic Indonesia has been transformed since the days when Keating met with Suharto, and economic growth has seen Indonesia become a rising world power.

On the flipside, 72 per cent of respondents thought that ‘building closer relations with Australia’ was important. This is down from 80 per cent in 2011 but gives grounds for hope. Indonesia is now ten times larger than Australia, with an economy overtaking Australia’s, and this means that we are going to have to work harder in Indonesia to make the case for partnership.

The Hawke-Keating government marks a high-water mark for Australia-Indonesia relations. The past decade, despite bursts of effort under Turnbull and Morrison, including the Indonesia-Australia Partnership Agreement (IA-CEPA), has seen the relationship treading water. But many in both countries are quietly hopeful that the Albanese government will see a return to an era of enthusiastic engagement and sustained progress.

“No country is more important to Australia than Indonesia,” Paul Keating declared in 1994. Although famously prone to hyperbole, Keating spoke to an optimistic view of the relationship with Indonesia that was widely shared in Australia at the time. One measure of this sentiment is the teaching of Indonesian. In 1992, 22 Australian universities taught Indonesian. Today, only 12 of Australia’s 42 universities continue to teach Indonesia, and last year only 353 Year 12 students studied Indonesian. A vicious cycle means that with fewer and fewer graduates, schools struggle to source teachers of Indonesian and are forced to drop the teaching of Indonesian in favour of other languages.

There are promising signs, however, that we are at an inflection point in relations with Indonesia. This week’s state visit sees a strong team with Prime Minister Anthony Albanese joined by Foreign Minister Penny Wong, Trade Minister Don Farrell, Industry Minister Ed Husic, and Luke Gosling, member for Solomon (covering the metropolitan area of greater Darwin, just 800km from Indonesia).

The presence of Australia’s first ever Asian-Australian foreign minister, already very well-known and respected, and Australia’s first Muslim MP and minister (together with Anne Aly) at the leader’s meeting, sends a strong message of positive change that will not be missed in multicultural Indonesia, the world’s largest Muslim nation and most successful Muslim democracy. Finance Minister Jim Chalmers, who has long championed deepening ties with Indonesia, has indicated that he plans to attend a meeting of G20 finance ministers in Indonesia next month.

The Albanese government is fully aware that Indonesia, a nation of 280 million, and a leading member of the E7 group of emerging nations, is on the path to becoming one of the world’s largest economies.

Democracy and stable, albeit imperfect, government has suited Indonesia well. This and a very large, relatively young, population has seen Indonesia consistently average around 5 per cent GDP growth per annum. Indonesia has risen with the tide that has lifting the aggregate size of the E7 economies to surpass the G7 this decade.

As the economy continues to grow Indonesia urgently needs to build both physical infrastructure and human resources. This includes an enormous need for growth in tertiary and vocational education. Closely related to this is the need for transformational growth in the health care system. Australia is well-positioned to help with both. Front and centre of the discussions in Jakarta this week is how IA-CEPA can be employed to boost cooperation in education, as well as in trade and infrastructure development.

Australia trades more with Singapore and New Zealand, with populations of just 5-6 million, than it does with Indonesia, a nation of 280 million, with a middle class of 50-60 million.

The COVID-19 pandemic, and vacillation by the Morrison government, saw work on implementing IA-CEPA paused. This week’s visit will see IA-CEPA rebooted. Assisting the reboot will be a proposal for a $200 million Australia-Indonesia climate and infrastructure fund.

Australians who have had opportunity to get to know Indonesia and its people – travellers, businesspeople, diplomats, politicians, journalists, and educators alike – get it. They see what is possible.

Substantially deepening and broadening the Australia-Indonesia relationship represents low-hanging fruit for the new Australian government. It will, of course, require sustained hard work and long-term investment for Australia to be taken seriously. Nevertheless, in these interesting times, it is an area where the ratio of opportunity to challenge is greatest.  But it requires a shift in mind-set, and this week’s meeting in Jakarta looks to be the start.