How has Thailand managed the pandemic and what will be the lasting social, political, and economic effects of the virus? How is current social discontent and student protests compounding on the crisis? 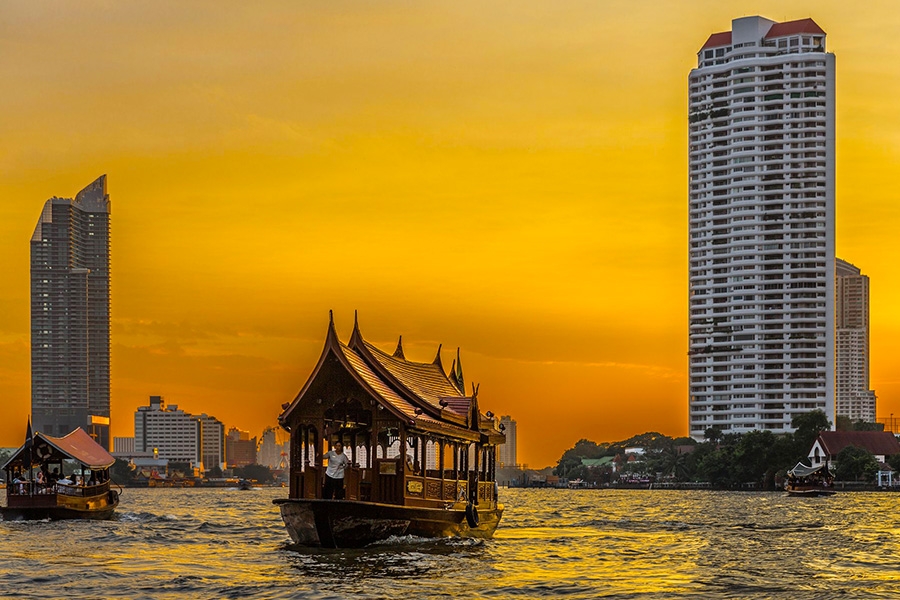 Asia Society Australia warmly invites you to a private briefing with Allan McKinnon PSM, Australian Ambassador to Thailand and Aim Sinpeng, Lecturer at the University of Sydney. While Thailand was relatively successful in containing the spread of the virus due to a strict lockdown, a strong healthcare system and prevalent testing and tracing, a second wave might weaken the country’s economic and political stability. Heavily dependent on tourism, Thailand’s economy will be one of the most impacted in the region. Increased socioeconomic disparities have also fuelled distrust in the government and contributed to the pro-democracy protests in Bangkok.

Join us as we discuss how Thailand has reacted to COVID-19 and how the virus and political instability will impact the country’s economy and business sector now and into the future.

Mr McKinnon is a senior career public servant having held positions within the Department of the Prime Minister and Cabinet (PMC) and the Department of Foreign Affairs and Trade (DFAT).  Before arriving in Thailand, Mr Mckinnon was Deputy Secretary at PMC.

From 2017 to 2018 Mr McKinnon was responsible for the establishment of the Department of Home Affairs and the Office of National Intelligence.

From 2016 to 2018 Allan was chair of the board of the National Security College at the Australian National University.

In 2018 Mr McKinnon was awarded the Public Service Medal for outstanding public service in the field of national security.

Mr McKinnon has a Bachelor of Arts (Asian Studies) and Bachelor of Economics from the Australian National University (ANU), and Diploma (Law), NSW Legal Practitioners Admission Board.  He speaks Japanese and Thai.

Aim Sinpeng, Lecturer in the Department of Government and International Relations, the University of Sydney

Dr Aim Sinpeng is a Lecturer in the Department of Government and International Relations at the University of Sydney. She is Co-Founder of the Sydney Cyber Security Network and Thailand Coordinator for the Sydney Southeast Asia Centre.

Her research focuses on the nexus between digital media and political participation in Southeast Asia, especially Thailand. She is the author of Opposing Democracy in the Digital Age: The Yellow Shirts in Thailand (University of Michigan Press, 2020) and a co-editor of From Grassroots Activism to Disinformation: Digital Media in Southeast Asia (ISEAS Press, forthcoming). Her current projects investigate trolling, hate speech, and disinformation campaigns on social media in Southeast Asia.

Aim's recent analysis of how Thailand has managed the COVID-19 pandemic can be found here.

Aim's recent analysis of the ongoing youth protests can be found here and here.

Thu 01 Oct 2020
3 - 3:45 p.m.
Melbourne Time
Calculate your local time »
20201001T150000 20201001T154500 Australia/Sydney Asia Society: [WEBCAST] Executive Briefing | An Update from Thailand with H.E. Allan McKinnon PSM and Aim Sinpeng [Members only] How has Thailand managed the pandemic and what will be the lasting social, political, and economic effects of the virus? How is current social discontent and student protests compounding on the crisis?