The Quad in 2022: Dialogue and Disruption | Asia Society Skip to main content 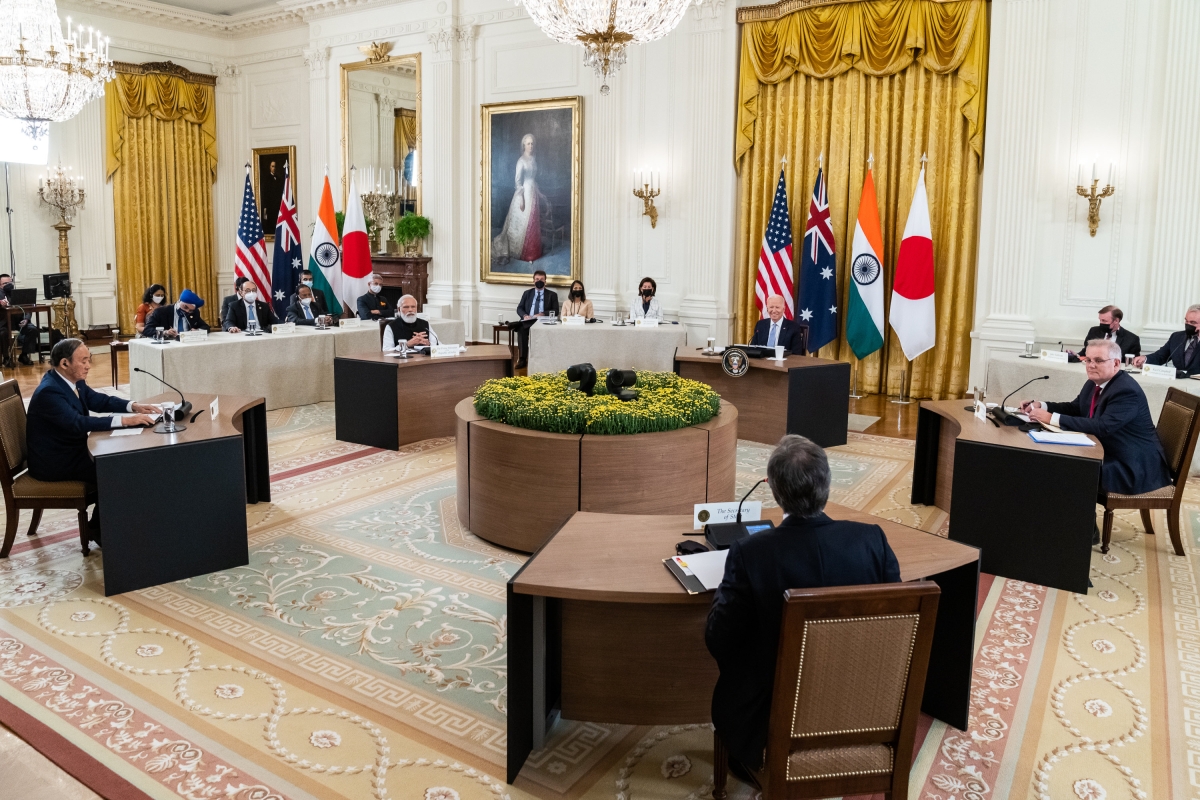 Join our experts from the Asia Society Policy Institute (ASPI) for analysis from the latest leaders meeting of the Quadrilateral Security Dialogue as we look at the current status of the Quad grouping and its ability to respond to an increasingly unpredictable region.

In his first trip to the region since taking office, on May 24 US President Joe Biden will meet in Tokyo with the leaders of the Quad grouping of Australia, Japan, India and the United States. The meeting will be the first in-person among Quad leaders since the war in Ukraine while China’s recent security pact with the Solomon Islands is also expected to feature highly on the agenda, as well as trade, technology and climate change.

For a full debrief on the latest Quad leaders meeting and a discussion on the Quad’s future trajectory and place in each member’s foreign policy, join ASPI Vice President Daniel Russel and Senior Fellows Richard Maude, Raja Mohan and Takako Hikotani in this global Asia Society program featuring experts dialling in from each of the Quad nations. The discussion will be moderated by ASPI Research Associate Dominique Fraser.

Takako Hikotani is a Senior Fellow with the Asia Society Policy Institute in Tokyo. She is a Professor at Gakushuin University International Centre, and concurrently Visiting Professor at the School of Global Policy and Strategy, University of California at San Diego (Spring Semester 2022). From 2016 to 2021, she was the Gerald L. Curtis Associate Professor of Modern Japanese Politics and Foreign Policy at Columbia University. She has previously taught at the National Defense Academy of Japan, where she was an Associate Professor, and lectured at the Ground Self Defense Force and Air Self Defense Force Staff Colleges, and the National Institute for Defense Studies. Her research focuses on civil-military relations and Japanese domestic politics, Japanese foreign policy, and comparative civil-military relations.

In 2017, Mr. Maude was head of the whole-of-government taskforce which supported the preparation of the Australian Government’s 2017 Foreign Policy White Paper. Mr. Maude was Director-General of the Office of National Assessments from May 2013 until November 2016.  ONA reports directly to the Prime Minister and provides all-source assessments on international political, strategic and economic developments affecting Australia’s national interests.

C. Raja Mohan is a Senior Fellow with the Asia Society Policy Institute in Delhi — a division of the Asia Society India Centre, Mumbai. He is a Visiting Research Professor at the Institute of South Asian Studies (ISAS), National University of Singapore, and was previously the Director of ISAS. Mohan was the founding director of Carnegie India in Delhi, the sixth international center of Carnegie Endowment for Peace. He was associated with several Indian think tanks, including the Institute of Defense Studies and Analyses, the Observer Research Foundation, and the Center for Policy Research in New Delhi.

Dominique Fraser joined the Asia Society Policy Institute in October 2021. She supports the work of ASPI in Australia. Prior to this, Fraser worked as a researcher at the Asia-Pacific Centre for the Responsibility to Protect, completing research projects on COVID-19 related hate speech and atrocity prevention risk assessments. Fraser worked in the field of atrocity prevention for five years in Geneva, gaining experience across research, advocacy, project management, and communications at Global Action Against Mass Atrocity Crimes (GAAMAC) and the Global Centre for the Responsibility to Protect.

She completed a Master in International Affairs at the Graduate Institute of International and Development Studies in 2017, following a Bachelor of Arts (First Class Honors) in International Relations, from which she graduated as Valedictorian of the Faculty of Humanitarian and Social Sciences at the University of Queensland.

Philipp Ivanov is the Chief Executive Officer of Asia Society Australia, a position he has held since 2015. He is leading Asia Society Australia through a period of growth and transformation and has consolidated its position as the nation’s leading business and policy think-tank dedicated to the region. Philipp is a China specialist with extensive experience in strategy, organisational renewal, policy and research.

He is a co-leader of the Asia Taskforce by the Business Council of Australia and Asia Society Australia to advance Australian business engagement with Asia. He is a member of the Advisory Council of the Australian Committee of the Pacific Economic Cooperation Council (PECC). His commentary and analysis have appeared in The Australian, ABC, Bloomberg News, CNBC, The Australian Financial Review, Melbourne Asia Review and ChinaFile.