Performance and Talk | Looking beyond Borders: Japan and China 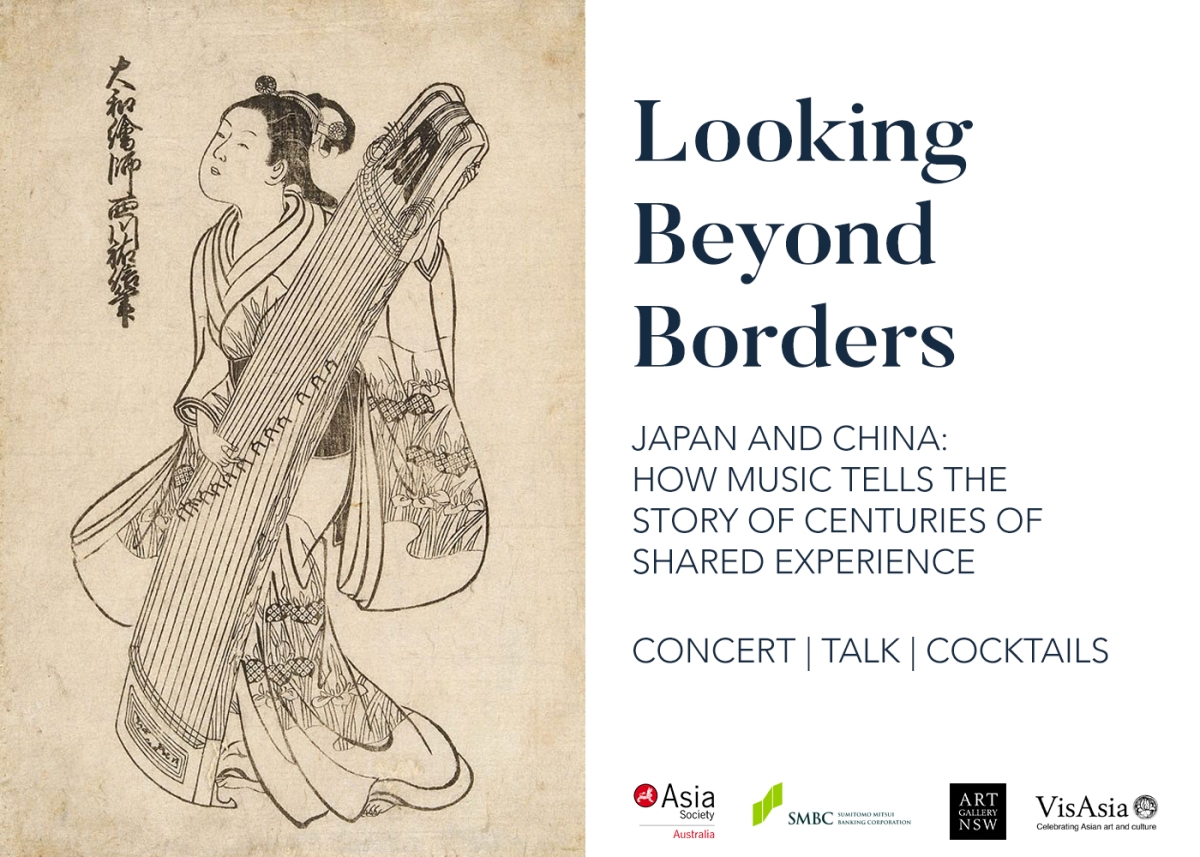 Asia is made up of a rich diversity of cultures and traditions, yet beyond national borders lie many commonalities forged by the movement of people, goods and ideas across the Continent.

Asia Society Australia, Sumitomo Mitsui Banking Corporation, the Art Gallery of NSW and VisAsia Council present an innovative program to showcase interconnectedness of Asia through performance and talk retracing the history and development of the Japanese Koto and Chinese Guqin from their common origin.

Presented to senior business, political, education and cultural audience drawn from the partner organisations' networks and the public. This performance and talk will be the first in a series of events examining various elements of a common Asia centred on Japan, through exploration of culture, religion, literature, art and philosophy.

This event is free for members and guests.

Warren Reed is an adviser to business and a regular media commentator on matters ranging from cross-cultural trade and the geopolitics of globalisation to the threats that espionage and terrorism pose. He is often called upon to talk about the human side of spying. With a background in secret intelligence and economic reporting and being MI6-trained, Reed is acutely aware of the sorts of challenges that Australians and others face in a “globalised” world.

After completing his studies, Reed joined the Australasia Market Research Advisory Service in Tokyo and spent a short time as a trade consultant with a major Japanese trading house in Melbourne.

Warren was then recruited by the Australian Secret Intelligence Service (ASIS), Australia’s equivalent of the CIA. After training with the British Secret Intelligence Service (MI6) in the UK, he began a ten-year career in clandestine work. This focused on the Asian region and the Middle East. During his overall work for the government, Reed served in Australian embassies in Tokyo, Cairo and New Delhi, with frequent visits to Indonesia and other Asian countries.

After leaving the public service, Reed worked as Chief Operating Officer of the Committee for Economic Development of Australia (CEDA) and for a time, as a consultant at Sydney University’s Research Institute for Asia and the Pacific.

Reed is a frequent traveller, especially in the Asian region. Having lived in Japan for a total of 10 years, he is fluent in both written and spoken Japanese and has frequently acted as an official interpreter. His other language studies include Mandarin Chinese, Bahasa Indonesia and Arabic.