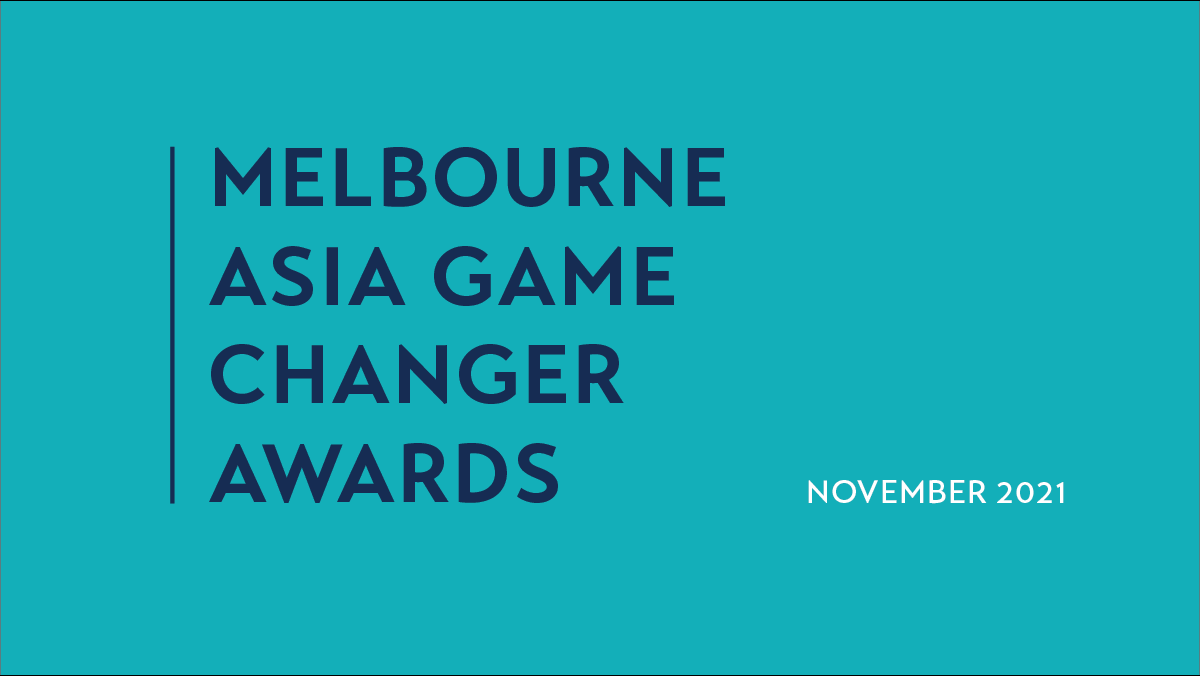 We are thrilled to announce the arrival of the Melbourne Asia Game Changer series.

Australia has a wealth of individuals and organisations who underpin our engagement with Asia. Yet, the achievements of these unique Australians are too often under-recognised.

To bridge that gap, the Melbourne Asia Game Changer series is designed to identify, recognise and celebrate those Australians who make a positive impact in Asia and Australia by celebrating their achievements in the region most pivotal to Australia’s future.

A Game Changer could be a work colleague, role model or someone in public life who makes Australia’s relationship with Asia richer.

The Asia Game Changer Awards, originally launched by the Asia Society at the United Nations in New York in 2014, addressed a vital need to identify and honour true leaders who are making a positive contribution to the future of Asia.

These awards are bestowed annually to individuals, organisations and movements that have inspired, enlightened, and shown true leadership in areas that reflect Asia Society’s core pillars of policy and business, arts and culture, and education. Past awardees include Naomi Osaka, Marita Cheng, Li Cunxin, Dev Patel, BTS, Malala Yousafzai and many more.

Now the Asia Game Changer Awards come to Melbourne in November and we want to hear from you!

Please note that the official date of this award ceremony in November is yet to be confirmed – stay tuned for our official announcement.

The Melbourne Asia Game Changer Awards are open to:

To nominate yourself or a Game Changer in your network, click on the link to our nomination form.

Nominations will open Monday 16 August and will close Monday 11 October.

The winners will be assessed by the Melbourne Asia Game Changer selection committee and honored publicly at an award ceremony in November.

For access to other exclusive events, become an Asia Society Australia member.

Find out other ways you can support Asia Society Australia.

Asia Game Changers around the WORLD