India's Minister for Commerce and Industry on India's Growth Story 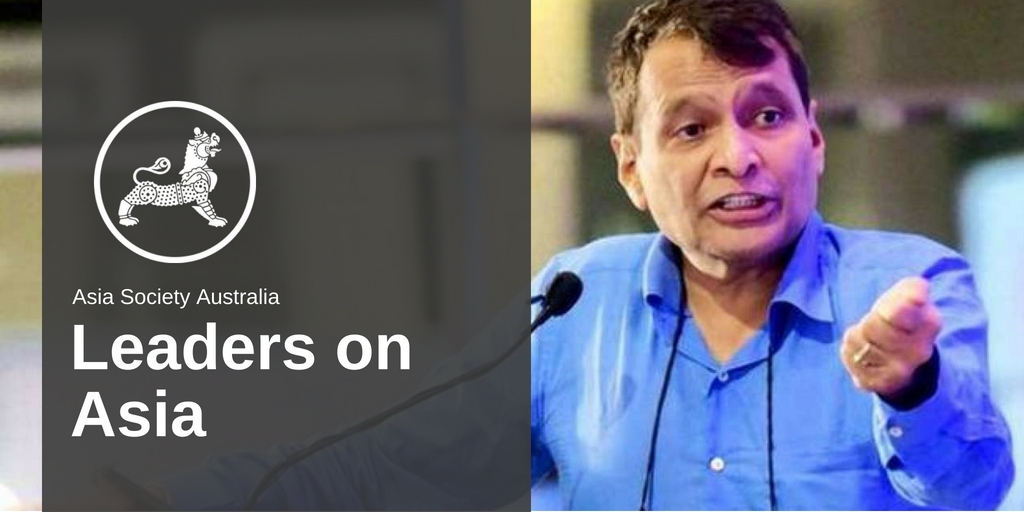 Asia Society Australia, in partnership with UNSW Sydney warmly invites you to a special Leaders on Asia address by H.E. Suresh Prabhu, Minister of Commerce and Industry, Republic of India.

India is one of the fastest growing major economies in the world and is expected to be one of the top three global economic powers over the next 10-15 years.

Charged with leading India’s policies on commerce and industry, Minister Prabhu will unpack how the new policies such as ‘Make in India’, ‘Digital India’ and ‘Ease of Doing Business’ reforms are fuelling India’s growth economy.

This event is open to members of Asia Society Australia, GEN A and invited guests only. Registration is essential, space is limited. For more information please contact programaustralia@asiasociety.org.

Suresh Prabhu is currently the Minister of Commerce & Industry and Civil Aviation of Government of India. He has handled several ministries in past from Railways to Environment, Power, and Heavy Industries. In 2014 he was appointed by Prime Minister Modi as India’s Sherpa for the G20 summit in Brisbane and has been Chairman of the Task Force on Interlinking of Rivers, an important initiative in ensuring equity in the distribution of water in drought prone areas of India.

Minster Prabhu is known as a man of action, he is charged with leading some of India’s major policies such as ‘Make in India’, ‘Digital India’ and ‘Ease of Doing Business’ reforms which are playing a significant role in fueling India’s growth economy. Minister Prabhu is a Rajya Sabha MP from Andhra Pradesh and a four-time Member of the Lok Sabha, (India’s Lower House) from the Rajapur Constituency of Maharastra – one of the biggest states of India.

The event is presented in partnership with UNSW Sydney.