GEN A Masterclass | The Korean Peninsula with Gordon Flake

Part of our 'House of' series, we take a look at Kim and Moon 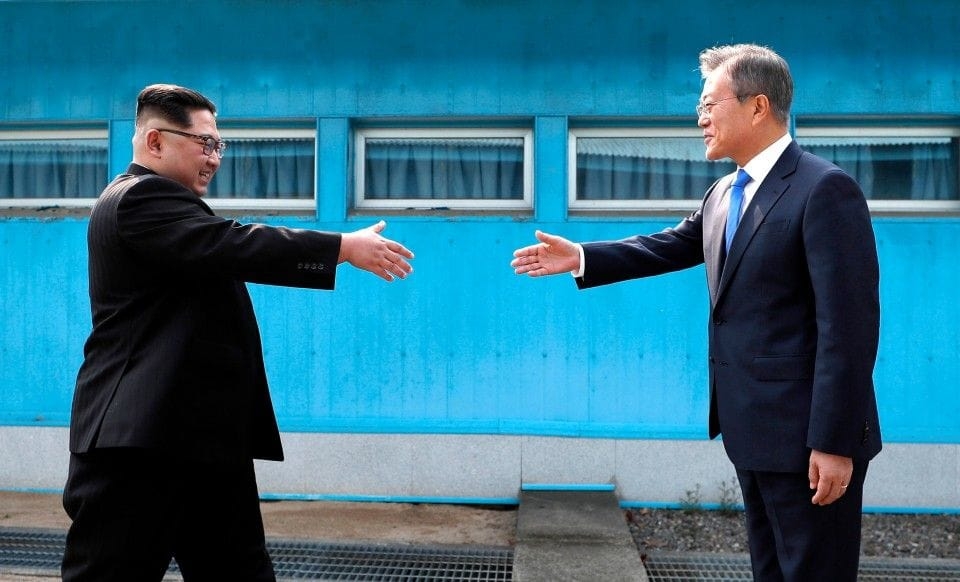 Open to Asia Society GEN A members and invited guests, this masterclass continues our 'House of' series with a focus on South Korea's President Moon Jae-in and North Korea's Kim Jong-un. As an outcome on the Korean Peninsula looks more optimistic we take a closer look at the two leaders involved and their relationship with Washington.

Delivered by L. Gordon Flake, CEO of the Perth US-Asia Centre, this masterclass is not to be missed.

Watch his speech delivered last Tuesday at the Council on Foreign Relations in New York, during a program co-presented by Asia Society and the Korea Society, Moon said that "something miraculous is happening on the Korean peninsula" and expressed confidence that the relationship between U.S. President Donald Trump and North Korean leader Kim Jong Un is strong.

L. Gordon Flake is the founding CEO of the Perth USAsia Centre. Having built an internationally recognised profile in Washington DC through his think-tank expertise and leadership, Prof Flake relocated to Perth to establish the Centre and to build a broader world-class Indo-Pacific strategic community.

Prior to joining the Centre, he was the Executive Director of the Maureen and Mike Mansfield Foundation, a Senior Fellow and Associate Director of the Program on Conflict Resolution at The Atlantic Council of the United States and prior to that Director for Research and Academic Affairs at the Korea Economic Institute of America.

Prof Flake is one of Australia’s leading authorities on North Korea having spent nearly three decades focused on the Korean Peninsula and Northeast Asia politics. Prof Flake has edited several volumes on developments in Asia and recently co-authored “North Korea’s Missile Stand-off: Prepare For War” for Australian Foreign Affairs. He is a frequent contributor to Australian and international news media outlets including the ABC, The Australian, Sky News, Globe and Mail, Wall Street Journal, New York Times, The Australian Outlook, and more.

Gordon holds a number of strategic leadership roles including currently serving on the United States Studies Centre Board, the UWA Oceans Institute Advisory Board and as Fellow of the College at St Catherine’s College at The University of Western Australia. He has previously served on the Board of the United States Committee of the Council for Security Cooperation in the Asia-Pacific (USCSCAP) as co-Vice Chair of the Board of the US Committee for Human Rights in North Korea, on the Advisory Council on the Korea Economic Institute of America, and on the International Advisory Board of the David M. Kennedy Centre at Brigham Young University.

He received his BA degree in Korean with a minor in international relations from Brigham Young University in Provo, Utah. He completed his MA at the David M. Kennedy Centre for International and Area Studies, also at BYU. He speaks both fluent Korean and Laotian.

The GEN A network brings together young professionals (under 35) from across the Asia Society Australia membership. It aims to give our young leaders access to leading business, policy, trade, diversity and cultural thinkers on Asia, through a series of masterclasses that draw on their industry and personal experience working with and in Asia. GEN A participants have the opportunity to attend regular Asia Society events over the course of one year. More >>

Click for directions
Register Now
20181017T120000 20181017T133000 Australia/Sydney Asia Society: GEN A Masterclass | The Korean Peninsula with Gordon Flake As an outcome on the Korean Peninsula looks more optimistic, join us and Perth US-Asia CEO, Gordon Flake as we take a close look at the two leaders involved. Part of our GEN A 'House of' series.