GEN A Masterclass | The Art of the Deal with Allens

A super-charged masterclass on negotiating and deal making in Asia 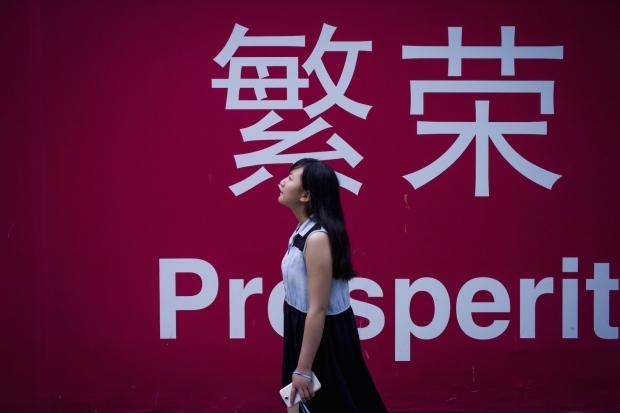 This super-charged Melbourne GEN A masterclass will focus on negotiation and deal making tactics, tips and best practice across Asia.

Our masterclasses are designed to be informal, with a small group setting for 15 –20 and ample time for Q&A.

This event is open to GEN A participants and members of Professionals in Trade (PIT) only. Registration is essential, space is limited. For more information please contact programaustralia@asiasociety.org.

Kate Axup  is a Partner at Allens, one of Australia's top tier commercial law firms. She leads both the firm's China Group, and the water practice. Kate started her career at Allens as a graduate in 1995 and has been with the firm ever since. She has spent a total of eight years working in Asia with Allens, in the Hong Kong, Shanghai and (most recently) Beijing offices.

Her practice is focused on the energy and water sectors, where she acts for private sector and government clients on mergers and acquisitions, project development and regulatory matters. She most recently led the Allens team which advised AGL Energy Limited on the $532m sale of its interest in the Macarthur Wind farm.

Kate is a strong Mandarin Chinese speaker. In 1994 and 1996 she studied Chinese language at Nanjing University and at the Hopkins-Nanjing Centre for Chinese and American Studies, the latter as a recipient of an Australia-China Council scholarship. In 2012 she received a highly competitive Chief Executive Women's 'Leading for Results' scholarship to attend a one week leadership course at INSEAD, Singapore.

Penny Alexander is a Managing Associate at Allens and a member of the firm’s Energy, Resources and Infrastructure group. Penny specialises in both advisory and transactional work in the resources and infrastructure sectors, acting for a diverse range of Australian, international and government clients.

She has a unique insight into the Australian resources and infrastructure sectors, especially from a Japanese investor’s perspective. Penny spent over two years seconded to the in-house legal team of Mitsubishi Corporation in Tokyo to provide expertise concerning Mitsubishi’s global resources investments portfolio. In this role, she assisted with acquisitions, divestments and corporate reorganisations in relation to Mitsubishi's resources projects worldwide.

Penny continues to maintain a significant focus on cross-border transactions and investment, particularly business relationships and opportunities involving Australia and Japan. A key aspect of this focus is Penny's role as the leader of the Future Leaders Group of the Australia-Japan Business Cooperation Committee (AJBCC) and her ex officio position on the Executive Committee of the AJBCC. Outside of work, Penny enjoys learning the Japanese language which she has continued to do since returning to live in Melbourne.

Shona Shang is a Melbourne-based PRC lawyer in the energy, infrastructure and resources group of Allens. She has relocated from Allens Beijing office to Melbourne office at the beginning of 2015.

Shona has obtained the bachelor degree in law from China University of Political Science and Law (CUPL) in 2009. Before joining Allens Beijing office, Shona has worked as a PRC lawyer in two other international law firms in their offices in Beijing, where she advised on foreign companies operating in China. Since relocating to Melbourne, Shona has changed her role to advise Chinese companies investing in Australia. Her role also extends beyond the role of a lawyer to acting as the liaison between the Chinese clients and members of the Allens team.

Shona is a native Mandarin speaker and is fluent in English.

Jessica Choong is a Managing Associate at Allens. Jessica is a participant in the Asia Society GEN A program and a member of the firm’s Corporate practice group. Jessica specialises in mergers and acquisitions, joint ventures, securities regulation, general corporate advisory and corporate governance. Her practice is focused on advising institutional and funds investors, and she has worked on a range of high-profile and cross-border transactions, providing advice to Australian and foreign clients.

Jessica has recently returned to Melbourne from a 3 year secondment with the Allens/Linklaters office in Singapore, where she was involved in advising a corporate and private equity clients on their acquisitions and divestments across the Asia-Pacific region (with a focus on South East Asia) and internationally. Since returning to Melbourne, Jessica has continued to have a focus on advising on inbound transactions for Asian investors.

The GEN A network brings together young professionals (under 35) from across the Asia Society Australia membership. It aims to give our young leaders access to leading business, policy, trade, diversity and cultural thinkers on Asia, through a series of masterclasses that draw on their industry and personal experience working with and in Asia. GEN A participants have the opportunity to attend regular Asia Society events over the course of one year. More >>

Click for directions
Register Now
20170804T161500 20170804T183000 Australia/Sydney Asia Society: GEN A Masterclass | The Art of the Deal with Allens A super-charged GEN A masterclass focused on negotiation and deal making in Asia. Delivered by Allens, Melbourne