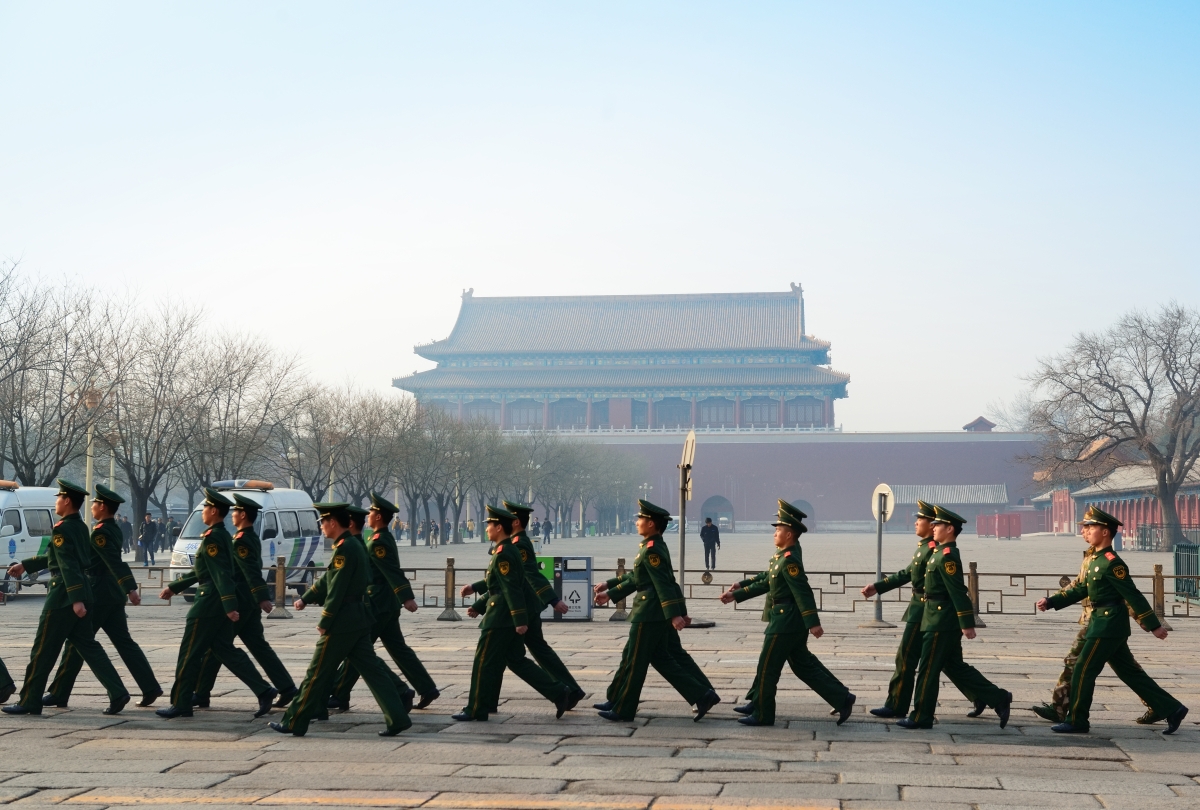 China has taken a centre stage in the 2022 Australian federal elections. Asia Society Australia and The University of Queensland invite you to a private lunch briefing with leading foreign policy thinkers - Bates Gill, Asia Society Australia Scholar-in-Residence, and Caitlin Byrne, Director of the Griffith Asia Institute - for an in-depth discussion on Chinese President Xi Jinping’s foreign policy and its impact on regional security.

How does China view its role in the region? What are successes and failures of China’s foreign policy in Asia? How is the region responding to a more assertive and powerful China?

Join us for a timely discussion about China’s growing power and the policy ideas that underpin it.

This event is by invitation only. Places strictly limited. For any enquiries, please contact programaustralia@asiasociety.org. For access to exclusive events, become an Asia Society Australia member.

This event is in partnership with The University of Queensland.

Professor Caitlin Byrne is Director, Griffith Asia Institute where she leads the University's research and engagement agenda focused on strategic dynamics and developments in the Asia Pacific. Her own research brings emphasis to Australian foreign policy and diplomatic engagement in the region. Caitlin is a Faculty Fellow of the University of Southern California's Centre for Public Diplomacy (CPD) and a fellow of the Australian Institute for International Affairs. Prior to joining academia, Caitlin had established a professional career working across a range of foreign, legal and social policy roles within federal and state government and in the community sector.

Dr Bates Gill has a 30-year career as a scholar, policy advisor and author, focusing on Asia-Pacific politics, foreign policy and security, with a particular focus on China and U.S.-China relations. He has held leadership, research and academic positions with some of the world's leading institutions and universities, including the Brookings Institution, the Center for Strategic and International Studies, the Stockholm International Peace Research Institute, Johns Hopkins University, the University of Sydney, and the Australian National University. His forthcoming book, entitled Daring to Struggle: China’s Global Ambitions under Xi Jinping, assesses China’s more dynamic and risk-taking foreign policy under Xi Jinping and will be published by Oxford University Press in May 2022.

Philipp Ivanov is the Chief Executive Officer of Asia Society Australia, a position he has held since 2015. He is leading Asia Society Australia through a period of growth and transformation and has consolidated its position as the nation’s leading business and policy think-tank dedicated to the region. Philipp is a China specialist with extensive experience in strategy, organisational renewal, policy and research. Previously, he was a policy officer with a focus on China at the Australian Government’s Department of Foreign Affairs and Trade. Philipp was one of the principal authors of the Australia in the Asian Century White Paper - China Country Strategy. Philipp also spent over 6 years in China working in education and development.

Peter Varghese began as Chancellor of The University of Queensland on 11 July 2016. Prior to this appointment, Mr Varghese’s extensive career in public service and diplomacy spanned 38 years and included senior positions in foreign affairs, trade policy and intelligence. Most recently, he served as Secretary of the Department of Foreign Affairs and Trade (2012-2016). Previous senior appointments included High Commissioner to India (2009-2012), High Commissioner to Malaysia (2000-2002), Director-General of the Office of National Assessments (2004-2009), and Senior Advisor (International) to the Prime Minister of Australia (2003-2004). Mr Varghese was the author of a comprehensive India Economic Strategy to 2035 commissioned by the Australian Prime Minister and submitted in July 2018.