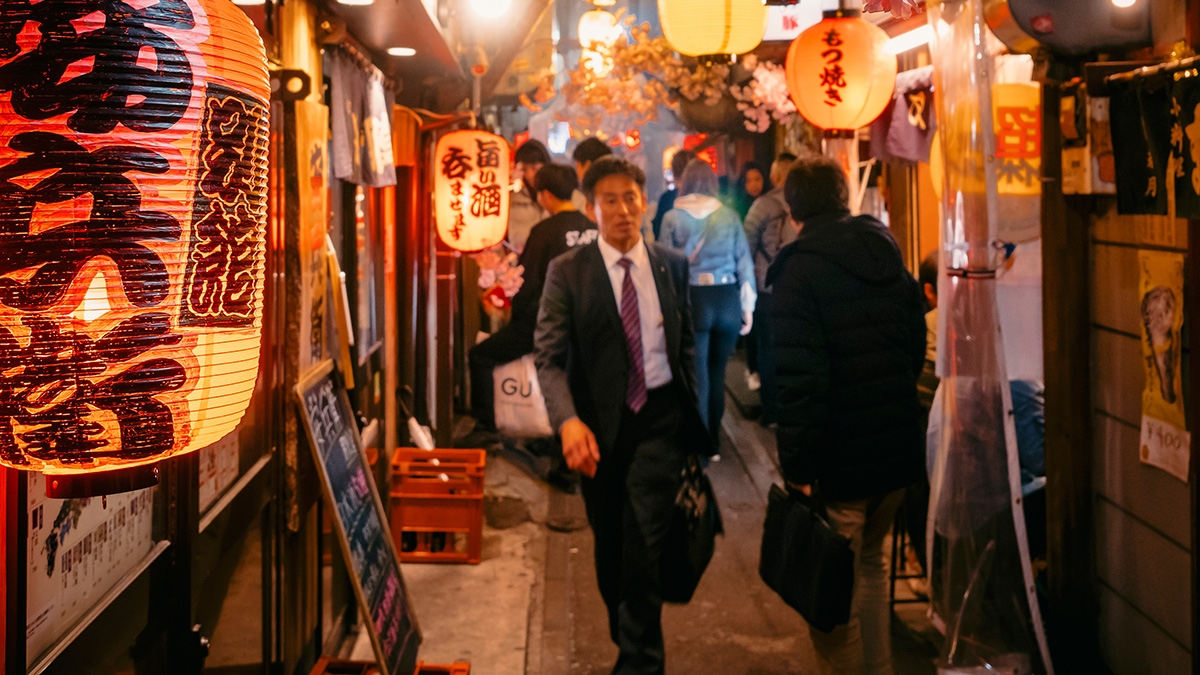 How can Australia and Japan continue to develop their economic ties despite demographic, environmental and geopolitical challenges? Where are the trade and investment opportunities for Australian companies?

Join Ian Williams, Asia Society Australia-Japan Fellow, for a conversation with Richard Andrews, CEO of Australia-Japan Business Cooperation Committee, Debra Hazelton GAICD, Chair of AMP Ltd and AMP Bank Ltd, and Yuko Wakamatsu, Senior Advisor, Global Engagement Program at CSIRO, on the strategic opportunities in the bilateral relationship and the critical role of Australia and Japan’s economic partnership for the region. The event will be moderated by Tomoyuki Hachigo, Co-founder of Sprintlaw, and Kiya Masahiko, Consul-General of Japan in Sydney, will deliver a special introduction.

Australia’s Special Strategic Partnership with Japan is built on deep economic and strategic complementarity. Japan is Australia’s second-largest source of FDI, its third-largest trading partner, and its second-largest export market. At a meeting between defence ministers in June, Australian Defence Minister Richard Marles sought to take bilateral relations to the “next level” as Japan and Australia agreed to advance cooperation in science and technology, space and cyber, and supply chain collaboration.

But as both countries decarbonise their economies, US-China strategic competition escalates, energy supply and pricing becomes critical, and demographic pressures intensify, how can Japan and Australia reimagine their economic relationship and learn from each other to cope with the challenges of this disruptive new era?

Australia-Japan: Stepping up a Special Strategic Relationship in Asia is supported by the Commonwealth through the Australia-Japan Foundation, which is part of the Department of Foreign Affairs and Trade.

Kiya Masahiko is a career diplomat with more than 30 years of experience and assumed the post of Consul-General of Japan in Sydney in October 2019. His previous assignments include Deputy Assistant Minister for African Affairs and International Cooperation, concurrently Ambassador for TICAD (2017-2019), Ambassador to South Sudan (2015-2017), and positions at the Foreign Ministry and Defense Ministry Headquarters as well at the Embassies in Belgium, Bangladesh, the United States, and Nigeria. He is also a published author having written two books on Japan’s development cooperation and Japan’s support for South Sudan.

Ian Williams is an experienced advisor with more than 30 years’ experience working between Japan and Australia. Ian previously worked and played rugby union at Kobe Steel and was as a partner at international law firms Herbert Smith Freehills and Ashurst for 20 years. He is currently a non-executive director of ASX-listed and private companies, as well as a strategic advisor to Japanese companies.

Ian has commentated and written extensively on the Japan Australia trade and investment relationship including the following reports: Japan-Australia Investment Report (2018, 2019, 2020, 2021 and 2022), Japanese Investment in Australia - Lessons Learnt (2016), Comparison of Corporate Governance in Japan and Australia (2015) and Foreign Direct Investment: How to improve the investment environment (2014).

He serves as Vice-President of the Australia Japan Business Co-operation Committee, and as a member of the Advisory Board of the Australian-Japan Research Centre at the Australian National University. Ian founded the Australia-Japan Roundtable Dinner in 2001. He was awarded the Japanese Foreign Minister's Commendation (外務大臣表彰) for service to the Japan Australia relationship in business and sport in 2016.

Richard Andrews was appointed CEO of the Australia Japan Business Co-operation Committee in March 2021 following a career of more than thirty years as an Australian diplomat. During that time he served overseas in Kuala Lumpur, Tokyo (twice), London, and as Ambassador in Dublin (2016-2020).

Richard was a Visiting Fellow at the Crawford School of Public Policy at the Australian National University from March 2020 to September 2021, focusing on the potential for building trade in renewable energy, notably low-carbon hydrogen, between Australia and the region.

Richard has a long-standing interest in Japan and Australia-Japan relations, having first started learning Japanese at the age of 11. He was an exchange student in Kobe for a year in 1982, and majored in Japanese for his BA (Hons) at the University of Sydney. As Executive Director of DFAT’s Economic Analytical Unit in 2008, Richard directed and co-authored a major published report on the bilateral commercial relationship.

Debra Hazelton has over 30 years’ experience in global financial services, and 16 years studying (Keio University) and working in Japan. She is a graduate of the Australian Institute of Company Directors (AICD) and Chair of AMP Ltd and AMP Bank Ltd. She is also a Non- Executive Director of the Treasury Corporation of Victoria (TCV) and a Non-Executive Director of PERSOL Asia Pacific Pte Ltd and a Vice President of the Australia-Japan Business Cooperation Committee (AJBCC). Debra is also a Principal of Kokusai Business Advisory (KBA) supporting Australia-Japan business including direct investment, joint ventures and mergers and acquisitions.

Debra has held national CEO positions for banks in both Australia and Japan, namely Mizuho Bank and the Commonwealth Bank of Australia (CBA), as well as Board and Committee positions with the Australia Japan Foundation (DFAT), Australian Financial Markets Association (AFMA), Asia Society Australia and Women in Banking and Finance.

Yuko joined CSIRO in 2006 as an Executive Assistant to CSIRO's executive leadership. In 2011, she joined CSIRO Global as an Advisor, working in building strategic engagements which amplifies CSIRO's research in global markets. In collaboration with CSIRO's research teams, she has strengthened collaboration in Japan, Republic of Korea and the Americas' market. Since 2021, Yuko has been focusing her efforts in developing stronger engagements in Japan and ROK to support collaborative work in decarbonisation technologies.

In 2017, Yuko led the formation of the Latin America Community of Practice, the first community practice led by CSIRO Global bringing together over 150 staff across CSIRO with interest in collaboration with Latin America.

Before joining CSIRO, Yuko has worked in diverse industries and countries, having held positions in banking, manufacturing, technology transfer and venture capital in Japan and the United States. Yuko has a background in non-verbal, cross-culture communications and languages. She was raised in Japan and Central America, and speaks English, Japanese and Spanish.

Tomoyuki is an entrepreneur and lawyer, with experience across corporate, startup and not-for-profit sectors.

He is currently the co-CEO and co-founder of Sprintlaw, an award-winning online law firm with a mission to make legal services simple and accessible for startups and small businesses. Prior to Sprintlaw, Tomoyuki was a corporate lawyer at Clayton Utz, acting for clients on a broad range of corporate transactions.

Tomoyuki holds degrees in Arts and Law from UNSW and was a delegate in the 2019 Australia-Japan Youth Dialogue.