Is Asia Heading for War? 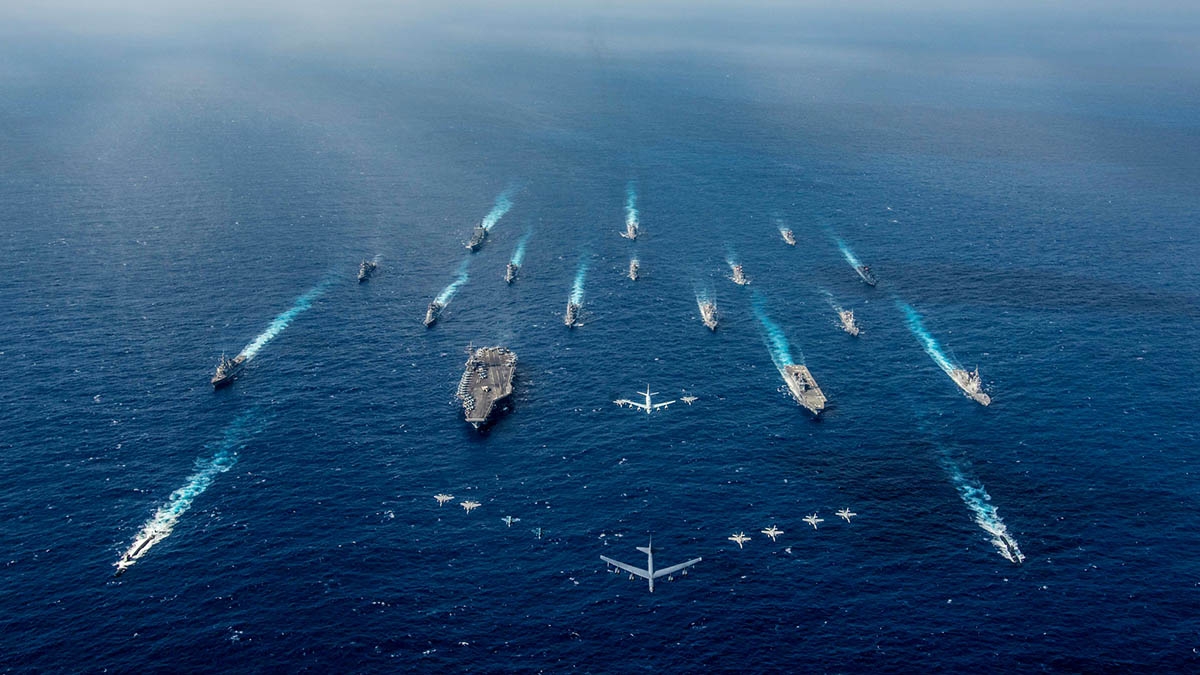 As Asia grapples with a global pandemic the region has become less secure. China's ambitions in Taiwan and Hong Kong are growing, North Korea is uncharacteristically silent, and the United States, a long-time stabilising presence, continues to slowly withdraw.

In this webinar, an expert panel considers where conflict is likely, who could be involved, and what can be done to mitigate the situation.

This event is in partnership with

Oriana Skylar Mastro is a Centre Fellow at Stanford University’s Freeman Spogli Institute for International Studies (FSI). Within FSI, she works primarily in the Shorenstein Asia-Pacific Research Centre (APARC) and the Centre for International Security and Cooperation (CISAC) as well.

She is also a fellow in Foreign and Defence Policy Studies at the American Enterprise Institute and an inaugural Wilson Centre China Fellow. Mastro is an international security expert with a focus on Chinese military and security policy, Asia-Pacific security issues, war termination, and coercive diplomacy. Her research addresses critical questions at the intersection of interstate conflict, great power relations, and the challenge of rising powers. She leverages process tracing, qualitative historical analysis, and the case study method with the goal of conducting policy-relevant research. She has published widely, including in Foreign Affairs, International Security, International Studies Review, Journal of Strategic Studies, The Washington Quarterly, The National Interest, Survival, and Asian Security. Her book, The Costs of Conversation: Obstacles to Peace Talks in Wartime (Cornell University Press, 2019), won the 2020 American Political Science Association International Security Section Best Book by an Untenured Faculty Member.

She also continues to serve in the United States Air Force Reserve, for which she works as a Strategic Planner at INDOPACOM. She has received numerous awards for her military service and contributions to U.S. strategy in Asia, including the 2020 and 2018 Meritorious Service Medal, the 2017 Air Force recognition Ribbon, and the 2016 Individual Reservist of the Year Award.

Prior to her appointment at Stanford in August 2020, Mastro was an assistant professor of security studies at the Edmund A. Walsh School of Foreign Service at Georgetown University. She holds a B.A. in East Asian Studies from Stanford University and an M.A. and Ph.D. in Politics from Princeton University.

Her publications and commentary can be found at orianaskylarmastro.com and on Twitter @osmastro.

Nick Bisley is the Dean and Head of the School of Humanities and Social Sciences and Professor of International Relations. His research and teaching expertise is in Asia's international relations, great power politics, and Australian foreign and defence policy.

Nick is a Fellow of the Australian Institute of International Affairs and the Secretary of the Council of Australasian Deans of Arts, Social Sciences and Humanities. Nick is a member of the advisory board of China Matters and a member of the Council for Security and Cooperation in the Asia-Pacific and served as the Editor-in-Chief of the Australian Journal of International Affairs between 2013 and 2018, the country's oldest scholarly journal in the field of International Relations. He has been a Senior Research Associate of the International Institute of Strategic Studies and a Visiting Fellow at the East West-Centre in Washington DC. Nick is the author of many works on international relations, including Issues in 21st Century World Politics, 3rd Edition (Palgrave, 2017), Great Powers in the Changing International Order (Lynne Rienner, 2012), and Building Asia's Security (IISS/Routledge, 2009, Adelphi No. 408). He regularly contributes to and is quoted in national and international media including The Guardian, The Wall Street Journal, CNN and Time Magazine.

Guy Boekenstein is the inaugural Northern Australia Fellow at Asia Society. Guy is a senior official with an established track-record in international and strategic policy, intelligence and industry development in the Commonwealth and State governments. He has also served in Australian Embassies in Tokyo and Jakarta.

Guy currently holds the position of Senior Director for National Security and Defence at the Department of the Chief Minister and Cabinet, Northern Territory Government.

As the Northern Australia Fellow, based in Darwin, Guy will pursue collaborative policy projects focused on Northern Australia’s engagement with the Indo-Pacific region and represent Asia Society Australia in the region for a period of 12 months.