COVID and North Korea: Helping the Population by Delivering Information and Vaccines 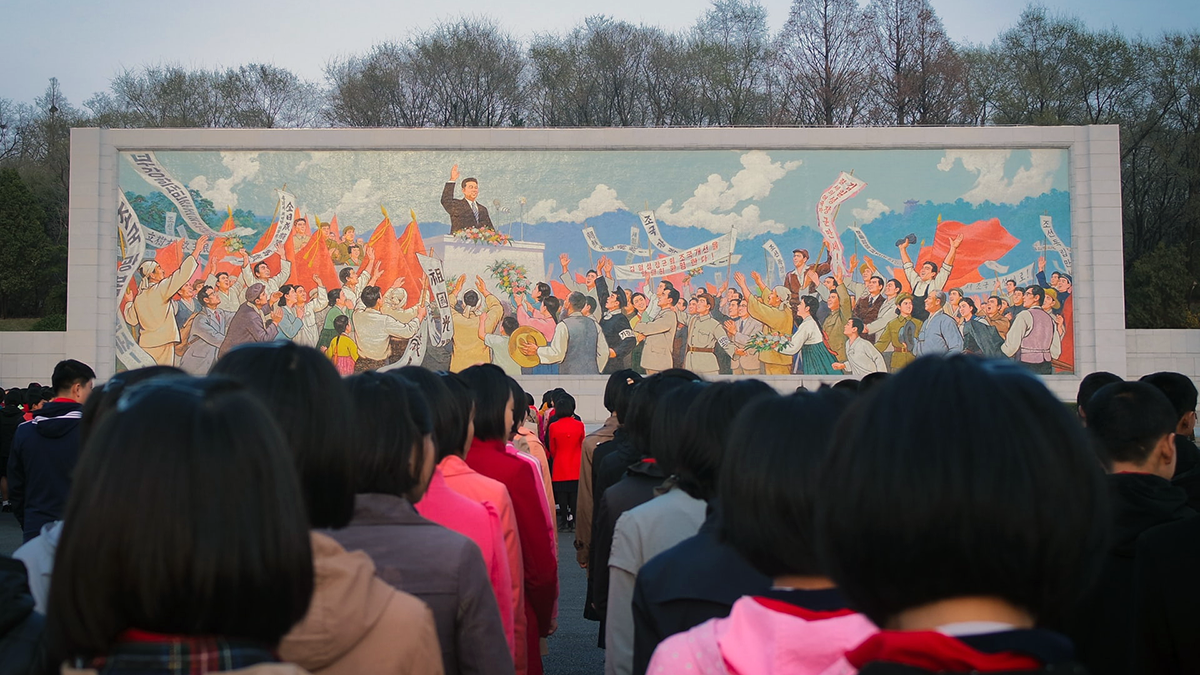 North Korea has dealt with COVID in its usual fashion: by cutting itself off from the world, irrespective of the consequences to its population. The country now faces food shortages that are unlikely to be alleviated until the regime has some measure of control over the virus and resumes further trade with China. To end the country’s isolation and ease the humanitarian crisis, creative and flexible options are needed.

With the emergence of COVID, there were at least some hopes that the expected economic and humanitarian crises might encourage Supreme Leader Kim Jong Un into denuclearisation talks to receive aid in return. Instead, when COVID emerged, North Korea closed itself off completely, deeming that its healthcare system, already one of the worst in the world, would be unable to cope. The population is particularly vulnerable to a viral infection: in 2019, the United Nations determined that 10 million people suffered from severe food shortages and nearly half the population was undernourished. The self-enforced isolation brought to a crashing halt the low level of trade with China on which North Korea depends almost entirely, declining by 90 percent from 2019 to 2021.

The country’s reclusion has worsened food insecurity. In a rare public admission, Kim referred to the food situation as “tense” last year and called for “another more difficult ‘Arduous March’”. The term refers to a famine in the mid-1990s, which killed approximately one million people. To be sure, today’s situation is not as severe, but the UN Special Rapporteur on human rights in North Korea warned in 2020 that “an increasing number of families eat only twice a day, or eat only corn, and there are reports that some are starving”. By mid-2021, an estimated 16.3 million North Koreans were food insecure.

While the regime has admitted the dire food shortages, it has so far – rather implausibly – denied having had any COVID cases. Even so, while the strict containment measures might have kept a lid on major outbreaks throughout 2020, multiple sources reported “mass deaths” within the military in late 2021. Civilians who experience symptoms of COVID are placed in seven day home isolation, after which they are transferred to makeshift quarantine facilities if they have not improved. By late 2021, at least 185,000 people with symptoms had been through one of these civilian facilities and the regime plans to build specialised quarantine stations throughout the country. Conditions within these facilities are dire - medicine is scarce, food rations are meagre, and heating is inadequate.

The government has for decades demonstrated disregard for its own people. Nowhere is this more apparent than in the human rights situation, characterised by systematic and widespread abuses that amount to crimes against humanity. Today the regime is again showing its willingness to sacrifice its people at the altar of ideology. While Kim and those closest to him were reportedly vaccinated with a Chinese-made vaccine in December, he has not begun a population-wide vaccine program despite having the vaccine offers as well as the capabilities. One ideological issue with such a campaign would be how to present the news of foreign-made vaccines to North Koreans, who for decades have been fed propaganda over “juche”, North Korea’s strategy of self-reliance. Furthermore, an internationally supported vaccination drive would involve international workers to operate inside the country, or at the very least require transparency about the vaccination program, something the regime appears unwilling to consider.

Getting reliable information about North Korea is hard at the best of times, but these factors probably explain why the regime has to date refused offers of help. In May 2021, COVAX offered nearly 2 million doses of AstraZeneca vaccines at no cost, which the regime ostensibly rejected over fears of side effects. In August, COVAX offered nearly 3 million doses of Sinovac again at no cost, which North Korea rejected, citing greater need elsewhere in the world. Offers by China, Russia, and South Korea throughout 2021 have also been rejected.

Still, it does appear the regime wants vaccines if it can get them on its own terms. Despite the regime’s refusal of multiple offers, diplomats and intelligence agents have been told by the leadership that vaccine acquisition was a top priority. North Korea has reportedly attempted to steal vaccine technology through cyberattacks on Pfizer, AstraZeneca, and South Korean vaccine makers. And customs officials have reportedly received the vaccine in preparation for the resumption of limited rail trade with China, which occurred in January amid tightly controlled pandemic restrictions. The regime has warned its citizens that “normal” trade is unlikely to resume until 2025, heightening fears over food shortages.

Calling vaccines “the key to opening (North) Korea’s border and … bringing it out of isolation”, the UN Special Rapporteur recently asked for 60 million doses of vaccines to be donated to North Korea.  Convincing the regime to accept vaccines will require creativity and some flexibility. While COVAX has strict monitoring and reporting requirements, other actors may relax some of these restrictions, particularly the need for international workers to monitor in-country. Any offer of vaccines could also include personal protective equipment and treatments such as antiviral pills. These might be less of a hurdle for the regime to accept, as evidenced by recently receiving limited international medical supplies. Given China’s strict dynamic zero-COVID policy, China may have an interest in undertaking backchannel diplomacy with North Korea to facilitate such deals in order to minimise the health risk from its eastern neighbour.

At the same time, the United States and South Korea could launch a campaign aimed at informing the population of the availability of safe and effective vaccines. The leadership fears an informed population and a potential loss of legitimacy. While North Korea reports heavily on the impact of the pandemic outside its borders, it prefers to keep its people in the dark with regards to global vaccine developments. Access to foreign media is highly restricted and illegal, but according to former U.S. special envoy for North Korean human rights issues, Ambassador Robert King, “a significant audience listen[s] to foreign radio”. The leading foreign radio broadcasts are U.S.-funded broadcasts from Radio Free Asia and Voice of America, as well as South Korea’s KBS Minjok Radio. An information campaign could thus complement diplomacy. How successful any of these strategies can be remains to be seen. What is clear is that helping North Korea help itself will require creativity, flexibility, and patience.

This article first appeared in The Diplomat on 9 March 2022.