Between Engagement and Deterrence: Navigating Tensions on the Korean Peninsula | Asia Society Skip to main content

Between Engagement and Deterrence: Navigating Tensions on the Korean Peninsula 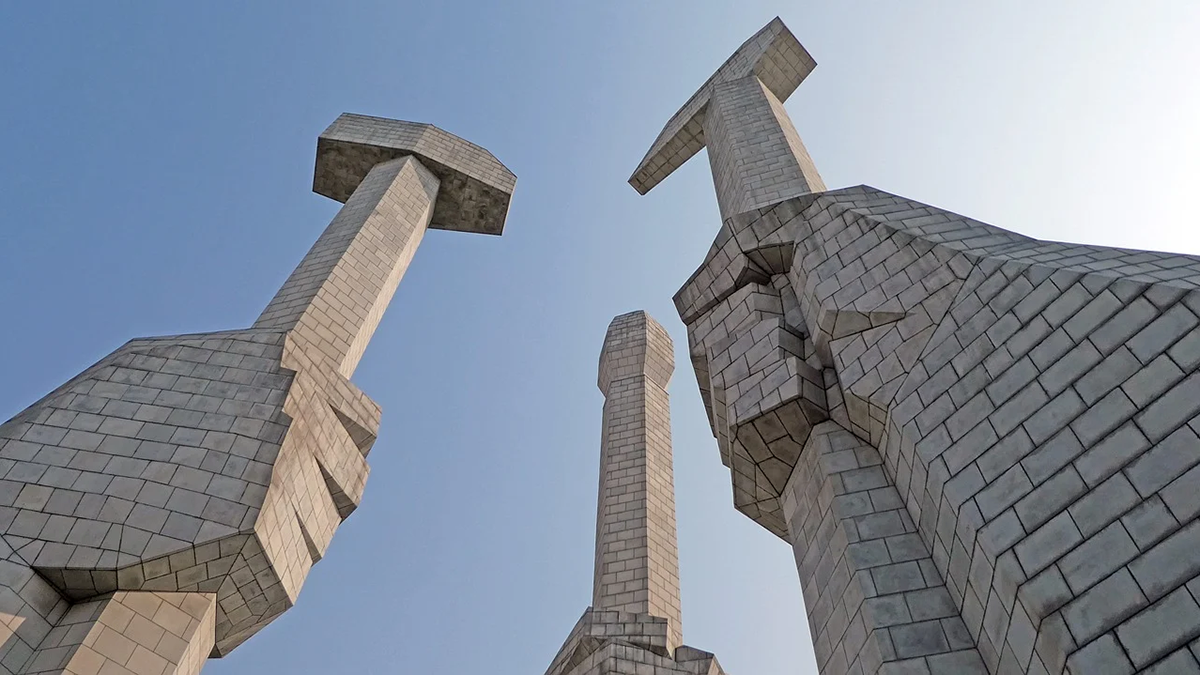 North Korea’s nuclear weapons program and the volatile inter-Korean relationship are persistent flashpoints in the regional security landscape. When South Korea’s outgoing president Moon Jae-in came to power in 2017, the Kim Jong-un regime was rapidly traversing new technical thresholds in its nuclear weapon and ballistic missile programs. Amid the heightened security tensions on the peninsula, Moon had pledged in his presidential campaign to usher in a new approach to dealing with North Korea. Signalling a departure from the hardline stance of his predecessor Park Geun-hye’s stance towards Pyongyang, which was predicated on isolating the regime, Moon’s North Korea policy was characterised by an openness to engagement and dialogue. In contrast to Washington, he regarded the denuclearisation of North Korea as an end game rather than a starting point. A central premise of his policy was that the Kim regime’s development of nuclear weapons had been driven by a sense of insecurity. The primary objective of Moon’s policy was therefore to establish a peace regime on the Korean peninsula, entailing such measures as ending the Korean War through the conclusion of a treaty. A second pillar of Moon’s engagement strategy was to deepen bilateral economic ties with Pyongyang. This was based on the logic that increasing economic interdependence between the two Koreas would disincentivise the Kim regime from engaging in belligerent behaviour.

While Moon Jae-in devoted whole-of-government resources to enacting his North Korea policy, the initial efforts of his administration were encumbered by a number of factors. First, while Moon had pledged during his electoral campaign to reconsider the installation of the Terminal High Altitude Missile Defense (THAAD) system, which was intended to intercept North Korean missiles, the advancements in Pyongyang’s nuclear weapons program compelled him to proceed with its deployment. Second, Moon struggled to elicit support for his North Korea policy from his erratic US ally, Donald Trump. In fact, Trump took to his Twitter account September 2017 to rebuke Moon’s diplomacy vis-à-vis Pyongyang: ‘South Korea is finding, as I have told them, that their talk of appeasement with North Korea will not work, they only understand one thing!’ At the same time, Moon was forced to reckon with an escalating rhetorical war between Trump and Kim Jong-un, which threatened to escalate to a de facto war. Media reports from the United States indicated that Trump was considering launching unilateral military action in the form of a preventive attack against North Korea — a so-called ‘bloody-nose’ strike. In this context, Moon had little option but to focus on deescalating the tensions between Trump and Kim. His success in this regard is arguably one of the most important legacies of his North Korea policy; had Trump gone ahead with his plans to strike North Korea, the military consequences for the Korean peninsula and the region more broadly would have been devastating. Trump’s frequent derisions of Seoul’s policy toward Pyongyang furthermore forced Moon to go into damage control on the alliance front, and strive to better coordinate the US-South Korea defence posture. Towards this end, Moon expressed his support for the US-led United Nations sanctions on North Korea and affirmed that denuclearisation was a priority for his administration.

Following the period of diplomatic turbulence that characterised Moon’s early presidential tenure, a regional rapprochement with North Korea was ushered in through an unprecedented round of summit diplomacy. In the lead up to Seoul’s Winter Olympics in 2018, Kim Jong-un made an overture to Seoul in his New Year’s speech, which Moon grasped as a lifeline amid the tensions on the Korean peninsula. His willingness to accept Kim’s conciliatory gesture was premised in part on a desire to carry out his engagement policy vis-à-vis Pyongyang, but also on the assumption that Kim might disrupt the Winter Olympics if his overture was dismissed. Over the course of three high-level meetings, officials from the two sides agreed that North Korea would dispatch a 140-member orchestra to perform at the games, a joint women’s ice hockey team would be established, and athletes from both sides would march together under a single unification flag in the opening ceremony.

The success of the joint-Olympics venture triggered a series of diplomatic developments in Seoul–Pyongyang relations, leading to a decision to hold an inter-Korean summit meeting for the first time in over a decade. Moon capitalised further on this achievement to broker an agreement between Trump and Kim to convene a historic US–DPRK summit, which eventually took place in June 2018. These events combined became the impetus for an unprecedented succession of summit meetings between Kim Jong-un and regional leaders, including Donald Trump, Moon Jae-in, Xi Jinping and Vladimir Putin. Japan’s Shinzo Abe was conspicuously absent from the summitry.

This round of summit diplomacy represented a new regional approach to addressing North Korea’s nuclear weapons program. The last significant effort in the region to encourage denuclearisation was the Six-Party Talks, a multilateral diplomatic initiative conducted between 2003 and 2007.  These talks were hampered, among other factors, by the differential prioritization of denuclearisation in the respective North Korea policies of the six parties. Similarly to the outcome of the Six Party Talks, the regional diplomatic summitry failed to produce substantive gains on the denuclearisation front. While Moon was able to reach an in-principle agreement with Kim to formally end the Korean War, an official peace treaty has yet to be signed. On the one hand, the approach of summit diplomacy overcame the problem of the differential priorities that characterised the Six-Party Talks; yet on the other hand, it gave Kim Jong-un the upper hand in negotiations by enabling him to play the summits off against one another.

Ultimately, the inter-Korean and regional rapprochement with North Korea led by Moon Jae-in was relatively short-lived. The latter half of Moon’s term saw a return to the status quo on the Korean peninsula, with Kim Jong-un retreating from his willingness to engage and resuming missile tests. Recent satellite imagery of North Korea also indicates that construction and repair work have begun at a nuclear test site that had been closed in 2018.

Challenges for Moon’s successor: is a peace regime feasible?

An era of conservative party rule in the South was ushered in on March 9th 2022, with the election of opposition candidate Yun Suk-Yeol by a razor-thin margin. Heralding a departure from Moon’s engagement strategy, incoming President Yun has pledged to take a hardline posture toward North Korea that will emphasise international sanctions. He has also indicated his intent to strive for greater policy alignment with the United States in dealing with the Kim regime and hopes to acquire technology that would enable South Korea to launch a pre-emptive attack against North Korea in the event of an impending nuclear threat. He has furthermore suggested that his administration will be less accommodating of China’s interests than his predecessor.

If Yun follows through on his electoral promises regarding North Korea, he is likely to face a number of challenges. First, it will be rather difficult for Yun to align his North Korea policy with a US government that is preoccupied with the Russia-Ukraine conflict in Europe and is dealing with the ongoing domestic fallout from the pandemic. North Korea is likely to exploit this state of affairs, along with the strained ties between Seoul and Tokyo, to push ahead with its nuclear weapons program. This probability of this will increase if the relationship between Seoul and Beijing further deteriorates under the Yun administration.

Secondly, with the escalation of the Russia-Ukraine conflict, which has seen Vladimir Putin threatening to use nuclear force, the prospects of North Korea taking steps toward denuclearisation have diminished. Moreover, in response to the Russian invasion of Ukraine, former Japanese prime minister Shinzo Abe—who maintained a highly adversarial relationship with Kim Jong-un—has called for Japan to consider hosting US nuclear warheads. In South Korea, meanwhile, public and official support for the development of an indigenous nuclear weapons arsenal has been gaining traction over recent years. According to a recent poll, “71 percent of respondents are in favour of South Korea developing its own nuclear weapons while 56 percent support deployment of U.S. nuclear weapons to the South’s soil.” While it remains unlikely that South Korea or Japan will host US nuclear weapons or develop their own arsenal in the foreseeable future, the nuclear discourses in these neighbouring countries will lend legitimacy to North Korea’s claims that it requires a nuclear deterrent capability.

In short, despite the promise of policy change from President Yun Suk-yeol, it is unlikely that we will see tensions on the Korean peninsula subsiding under his leadership. Rather, tensions will likely be on the rise. In light of the single five-year term limit on South Korean presidents, which imposes limits on the continuation of foreign policy, it is difficult for them to achieve anything beyond the management of tensions with Pyongyang. The North Korea policy pursued by Moon Jae-in required a long-term approach. Perhaps, then, the real challenge for incoming presidents lies in bridging the conservative-progressive divide on North Korea policy in Seoul, which tends to lead to a policy swing between isolation to engagement every five years.

Lauren Richardson is a Lecturer in the Department of International Relations at the Australian National University and an Asia Society Australia-Korea Fellow.

The Australia and Korea: Middle Power Parallels project is supported by the Commonwealth through the Australia-Korea Foundation, which is part of the Department of Foreign Affairs and Trade. This project is undertaken in partnership with Asia Society Korea.