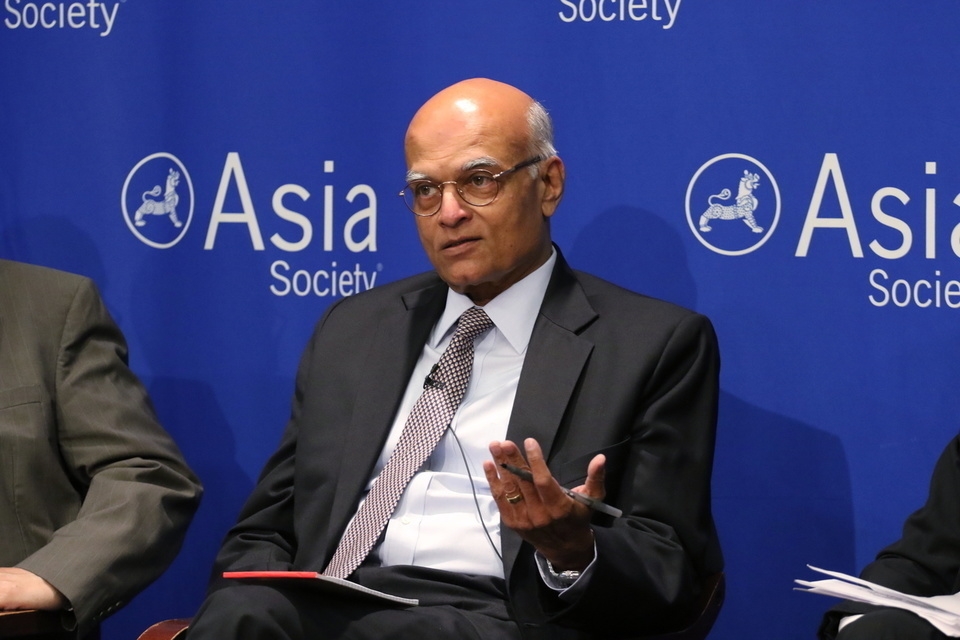 Menon contributed to ASPI's briefing book "Advice for the 45th U.S. President: Opinions from Across the Pacific."Read

India’s emergence as an important global player over the past twenty five years is often attributed to its tremendous economic growth following the economic reforms of 1991. That India’s newfound economic heft precipitated its growing international influence is undeniable. What is underappreciated, however, is the extent to which India adjusted its foreign policy at key moments to better enable its economic transformation and carve more strategic space for itself in global affairs.

In his new book Choices: Inside the Making of India’s Foreign Policy, Asia Society Policy Institute Distinguished Fellow Shivshankar Menon takes readers behind the scenes of some of India’s most critical foreign policy decisions since it instituted those reforms. He delves into the decision making process in five cases where India’s leaders chose to change policy course. This includes the 1993 border agreement with China, the U.S.-India civil nuclear initiative, India’s decision to pledge no first use of nuclear weapons, and its response to the November 26, 2008 (26/11) terrorist attacks in Mumbai as well as the Sri Lankan Civil War in 2009.

As a diplomat who served in senior positions in the Indian government, including as Foreign Secretary and National Security Advisor to Prime Minister Manmohan Singh, Menon was involved in helping India navigate these choices. The book highlights how difficult India’s decision was in each case, and how each choice made a significant impact on India’s future.

In an email interview, I asked Menon about the book and the foreign policy challenges facing the Indian government today. 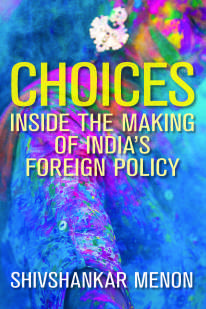 Your book Choices argues that each of India’s Prime Ministers have made significant strategic decisions that had a long term impact on India’s future. You point to Jawaharlal Nehru and nonalignment, and Indira Gandhi and the birth of Bangladesh as examples. Has Prime Minister Modi made his pivotal foreign policy decision yet?

I think it is too early to say. Prime Minister Modi has certainly redoubled the Indian commitment to the relationship with the USA and has brought new dynamism to India’s outreach to the Indian diaspora. He has also introduced new elements of flexibility in India’s approach on climate change and energy issues. But, so far, these are essentially continuations or extensions of existing policy and their effect in terms of outcomes remains limited. Besides, the space afforded him for initiatives by the international environment is limited and shrinking.

You write that, after the 26/11 attacks in Mumbai, future Indian governments would have a strong motive to respond with force to any major cross-border terrorist attack. The Modi government’s decision to undertake surgical strikes across the Line of Control following the terrorist attack in Uri bore this out. How significant a choice was that for Prime Minister Modi and India?

The main difference between the preemptive attack on terrorist launch pads after the Uri terrorist attack and previous Indian uses of force across the Line of Control in Kashmir was the fact that this one was publicized. Such responses have the utility of restoring deterrence along the line and imposing costs on the terrorists and their sponsors, but are not a fundamental solution to the problem of state-sponsored cross border terrorism. By going public this time, both sides have had to be seen to be responding, public opinion now enters into the calculus, and escalation control is more complex.

There is considerable potential for growth in the political and defense aspects of the relationship and in the economic area. For instance, the Defense Technology Initiative that was begun in 2012 is now poised to take off, creating joint manufacturing and joint R&D, quite apart from the military cooperation and exercises and the defense sales that we undertake. Increasing strategic congruence between India and the U.S. means that the opportunities to work together on political issues are also increasing. On the economic side, both sides have to make decisions about the nature of their role in the global economy at a time when the open trading and investment system seems to be closing or fragmenting. Much will of course depend on the course that the new administration in the U.S. chooses.

You state that this is a “moment of opportunity for India-China relations,” where the two countries could benefit by working together. In what areas would you like to see cooperation deepen? And is such cooperation possible for Indian policy makers without a resolution to the border issue?

The immediate task for India and China in their bilateral relationship is to re-calibrate the modus vivendi which has kept the peace on the border and enabled bilateral relations to grow steadily for thirty years. As for cooperation, the opportunities are not just economic—if China participates in the Make in India program—but also in areas like maritime security, where both countries as major trading nations have an interest in the freedom and security of sea lanes, in countering terrorism, and in an Asian security architecture that can manage the changing balance of power in the region and the world.

In the book, you describe India as an “anti-status-quo power” that seeks to “reform and revise the international order” but not “overthrow” it. Some strategic thinkers have argued recently that we can no longer take for granted that the existing order will survive. What does this mean for the kinds of choices India will face moving forward?

India is traditionally and historically comfortable with a “multiverse” or with plurality in the international system. In part, this reflects our own domestic situation and experience of multi-ethnic, multi-linguistic, multi-religious nation-building. It also flows from our experience of world politics. What India seeks is to adjust and reform the present world order so as to better meet the interests of developing and emerging countries, and to increase their say in the running of the order.

You write that the current NDA government is “open to a charge of strategic incoherence” and “a vision deficit” when it comes to foreign policy. How do you think the government would describe its grand strategy? Where does it fall short?

I cannot speak for the present government of India. To some extent the absence of a clearly outlined strategy allows a pragmatic response to issues. However, since the global economy and the international system are in transition to accommodate the rise of China, India, and other emerging powers and reflect the new economic balance of power, a coherent strategy adjusted to the new realities is called for.

You say that India’s foreign policy can be characterized by “boldness in policy conception” and “caution in implementation.” Is India confronting any policy challenges today, where “boldness” would be especially welcome?

The first area that calls for innovation is India’s external economic engagement, particularly its trade policy as the globalized economy is changing fast, fragmenting, and de-globalizing. The other area is energy policy as global energy markets seem to have entered a phase of rapid, fundamental, technology driven shifts on the demand and supply sides. And the security outlook in the Asia-Pacific is also more uncertain than it has been for a long time and will need fresh thinking through in the pursuit of India’s interests.