Advice for the 45th U.S. President: Opinions from Across the Pacific | Asia Society Skip to main content

The election of Donald Trump as the next President of the United States surprised observers on both sides of the Pacific and raised more questions than answers in terms of what it means for U.S. policy in Asia. Primarily, what policy course will a Trump administration chart in the region? On December 13, 2016 the Asia Society Policy Institute (ASPI) addressed this critical topic by launching a new briefing book, Advice for the 45th U.S. President: Opinions from Across the Pacific.

Drawing on our global network of high-level advisors, ASPI has compiled a series of short policy memos for the next administration, providing regional perspectives on what U.S. policy could look like if its partners were writing the script. Our aim is to provide the next President with practical advice on what motivates Asian countries, how they view America's role in the Pacific, and what their priorities and concerns will be for the next several years.

The briefing book includes perspectives from regional leaders who have experienced first-hand the challenges of managing Asia's complex relationships. Authors include: 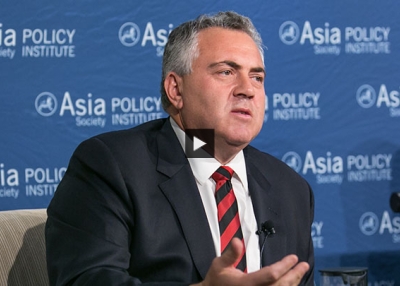 If America is going to be great again, "it has no choice but to engage with Asia," says Joe Hockey.
Watch Now 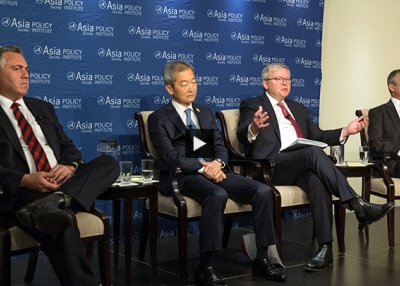 Ambassadors from Australia, South Korea, and Singapore discuss their hope and advice for Donald Trump in the Asia Pacific.
Watch Now