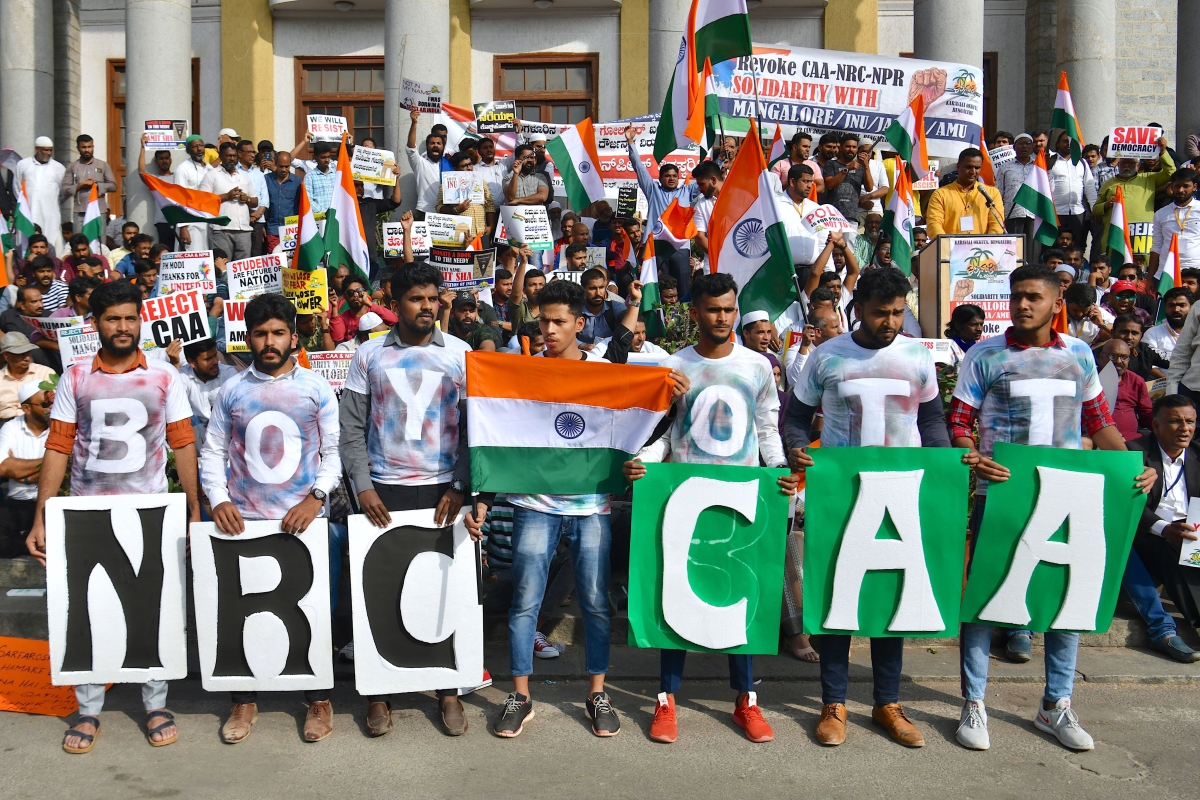 Activists hold placards at a protest against India's new citizenship law, and related alleged police brutality for the firing on protestors in Mangalore that led to the death of two protestors in clashes over the controversial law, in Bangalore on January 13, 2020. (Manjunath Kiran / AFP via Getty Images)

The following is an excerpt an article that was originally published by World Politics Review.

Though controversial on its own, the citizenship law has triggered such strong opposition because it epitomizes the sharp right turn Modi has taken in his second term. Since August, his government has implemented a series of divisive policies that align with long-held ideological goals of the ruling Bharatiya Janata Party’s Hindu-nationalist base but run counter to India’s secular ideals. The act, which provides fast-track citizenship to non-Muslim migrants from Pakistan, Afghanistan and Bangladesh who came to India prior to 2014, was the last straw. The Indian government argues that its intention is to provide refuge to persecuted religious minorities from these three neighboring countries, but its critics fear it is another attempt to marginalize India’s 200 million Muslim citizens.