What Would a Second Trump Term Mean for U.S.-India Ties? | Asia Society Skip to main content

What Would a Second Trump Term Mean for U.S.-India Ties? 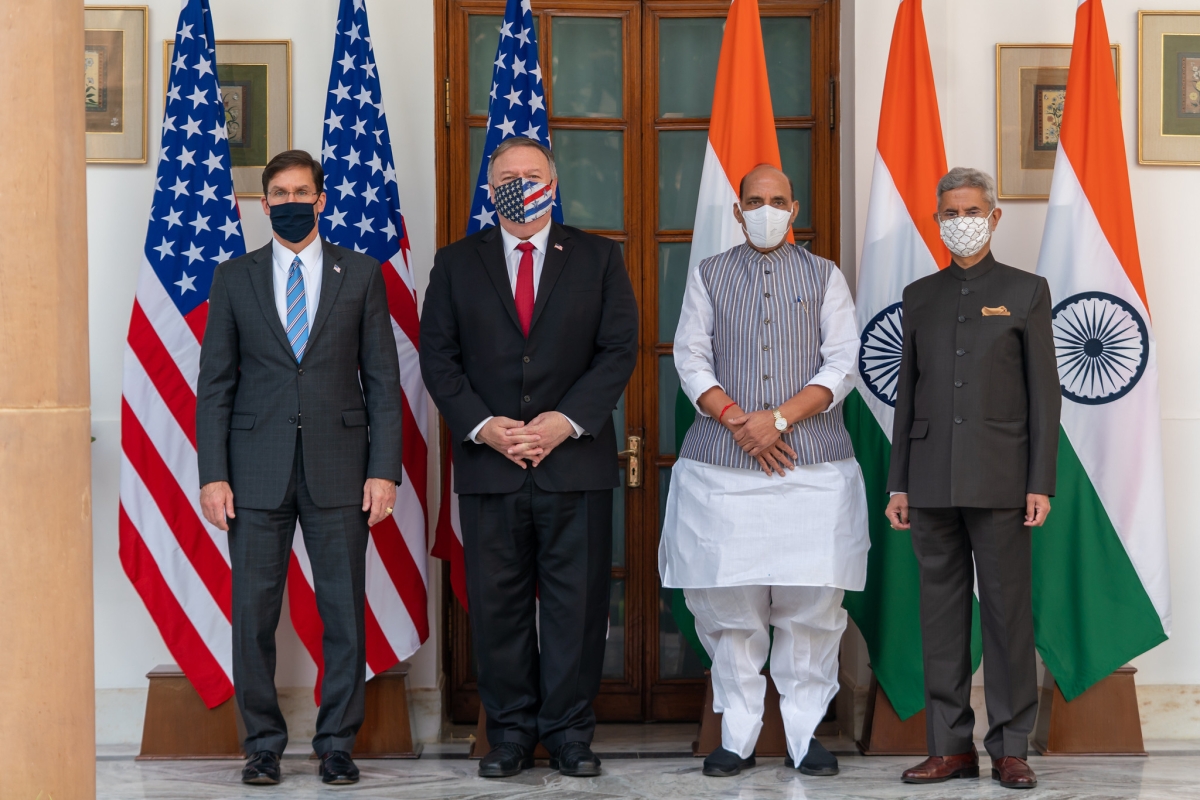 On the eve of elections that will determine whether Donald Trump gets a second term as President, his administration has signed a major defense agreement with India. In the midst of an increasingly fraught U.S.-China rivalry, New Delhi has become a critical partner for Washington in the Indo-Pacific, making this new pact a strong bookend for Trump’s first-term record on India.

Unfortunately, it is unclear that a second Trump term could substantively advance India ties further. In fact, with few low-hanging fruit in sight in the defense sphere where his administration has excelled and obstacles in the areas of trade and immigration (key hallmarks of Trump’s platform), another four years of Trump could see the U.S.-India relationship plateau.

When the defense and foreign ministers from the United States and India gathered in New Delhi on October 27 for their annual 2+2 Dialogue, they signed the Basic Exchange and Cooperation Agreement (BECA), a defense pact that will enhance geospatial cooperation between the two militaries. BECA is the fourth foundational defense agreement signed between India and the United States, and the second sealed by the Trump administration after it finalized the Communications Compatibility and Security Agreement (COMCASA) in 2018. Its completion highlights the leaps that U.S.-India security cooperation has taken over the past two decades, with greater defense technology cooperation, easier sharing of sensitive geospatial data and classified information, and greater interoperability between the two militaries.

The Trump administration deserves credit for this; after all, developing a stronger partnership with India is crucial to manage the rise of an increasingly aggressive China. In his public remarks, U.S. Secretary of State Mike Pompeo made clear that U.S.-India security cooperation was directed at China, stating that the “Chinese Communist Party is no friend to democracy, rule of law, transparency.”

For instance, President George W. Bush enabled stronger defense cooperation by signing the General Security of Military Information Agreement with India in 2002 and shirking precedent to craft a nuclear deal with India. The Obama-Biden Administration labeled India a Major Defense Partner and finalized the Logistics Exchange Memorandum of Agreement in 2016, opening the door for COMCASA and BECA. An alternate Clinton administration may not have had Trump’s branding gusto, but it likely would have finalized the two defense deals that Trump did, given that this trajectory had been mapped out by the U.S. defense establishment prior to Trump.

The trouble with a second Trump term is where to go next. Deepening security cooperation at this stage will involve operationalizing agreements not signing them, something that requires patient coordination and institutional competency instead of presidential deal-making. Trump has hampered many agencies, including the State Department, by deliberately leaving key positions unfilled. Would a second Trump administration have the organization and patience to do the unglamorous diplomatic and bureaucratic work necessary to make progress? Or will it grow frustrated when India continues to buy Russian arms and French nuclear reactors instead of American ones?

Some analysts have argued that Trump’s confrontational approach to China would give more confidence to countries like India in standing up to Beijing. This ignores the difficult choices India would be faced with if Trump’s approach leads to a kinetic confrontation between the United States and China. India has been anathema to any mention of an alliance with the United States precisely because it is wary of being drawn into potential confrontations in the region. It also presumes that a Biden administration would not be tough on China, ignoring the strong bipartisan consensus in Washington today that China under Xi Jinping is a strategic rival that needs to be confronted.

A Biden administration is likely to continue the Trump administration’s important strategic initiatives in the Indo-Pacific, including the Quadrilateral security dialogue with India, Australia, and Japan. And it may marshal a better coordinated effort with its partners against China.

Trump has ceded US leadership and emboldened China by taking short-sighted steps detrimental to U.S. interests and to the creation of a regional and global response to Beijing. This includes withdrawing from the Trans-Pacific Partnership trade agreement, a powerful Asia-Pacific trade bloc with China on the outside. It includes slapping tariffs on key allies and partners (including India) that have China as their biggest trade partners. And it includes surrendering leadership of critical multilateral institutions like the World Health Organization and global challenges like climate change to Beijing. U.S. partners such as India, not to mention allies Japan, Korea, and Australia, would benefit if Washington replaced “America First” with a less transactional and more strategic approach.

Immigration and Trade as Potential Roadblocks

More troubling is the likelihood that Trump’s immigration and trade policies will slow progress. The Indian diaspora in the United States is a key element of the bilateral relationship. In June Trump issued an executive order suspending hundreds of thousands of foreign worker visas, including H1B visas, through which many high-skilled Indians have come to the United States. Though the order was temporarily suspended by the courts this month, a second Trump term would reintroduce the issue and result in other restrictions on legal immigration that would be a thorn in the side for the Indian government.

India’s trade policies and Trump’s passion for trade deficits limited the commercial relationship during his first term. Despite its strategic investment in India, the Trump administration implemented new tariffs against New Delhi and removed India from the Generalized System of Preferences in 2019, sparking a trade dispute. After over a year of negotiations to forge a deal to breach the trade impasse, the Trump administration came up short again this week.

A positive commercial agenda will be even more unlikely as both countries try to dig themselves out of the Covid-19 economic ditch, especially if Trump continues to hail India as the “tariff king.” The Indian government recently unveiled a “Self-reliant India” (Atmanirbhar Bharat Abhiyan) economic campaign, suggesting that, instead of fading away, commercial disputes could grow in prominence with New Delhi focused on reviving and developing domestic industry.

A second Trump administration would struggle to make progress in these spheres in part due to the institutional mechanism it chose for the relationship – the 2+2 dialogue – which involves the State and Defense Departments. Previously, the United States and India maintained a comprehensive diplomatic framework through an annual Strategic Dialogue, which convened other cabinet ministers as well, those covering commerce, education, energy, health, and more. By favoring strategic and security ties, Trump has reduced the scope and ambition of the partnership.

Given the distance covered in the security sphere already, the easiest way to take the US-India relationship to the next level is to expand its parameters. The next US president must set a proactive and ambitious economic cooperation agenda, revive the energy partnership to combat climate change, and continue to attract high-skilled innovators from India. Unfortunately, despite his first-term accomplishments, President Trump may not be well suited to these tasks.