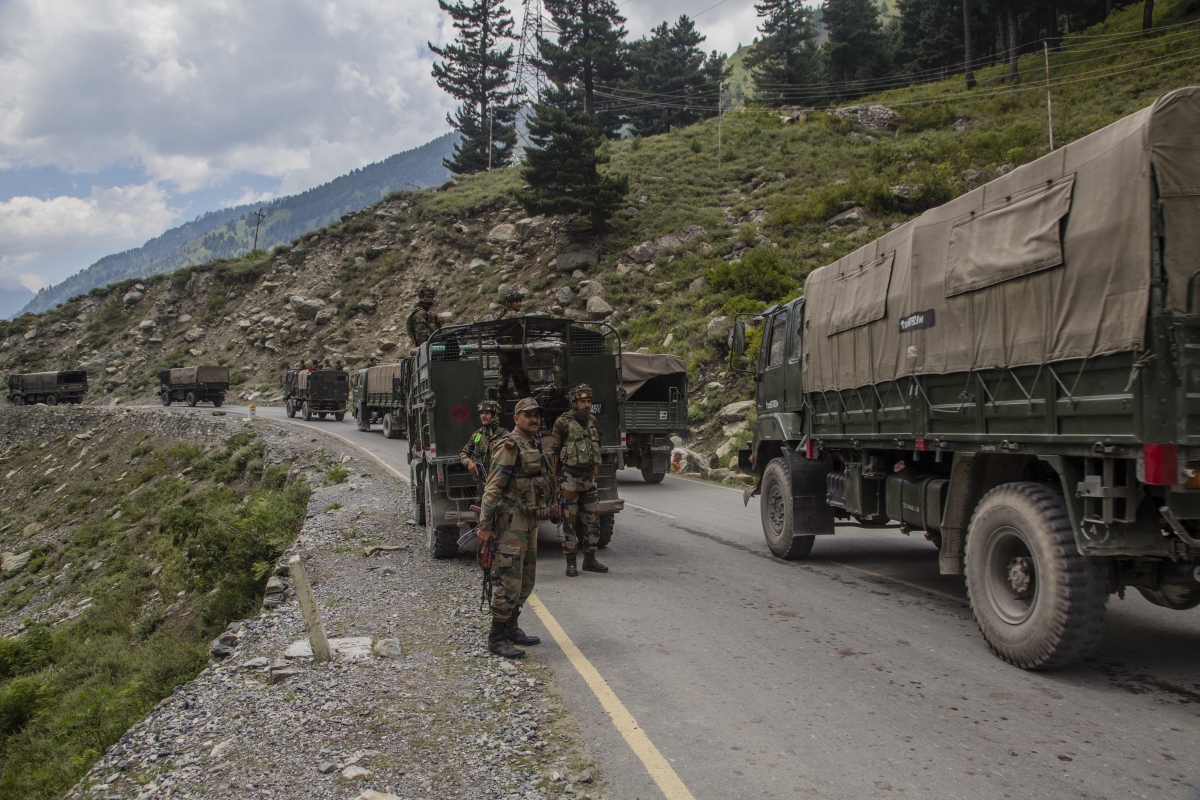 Along the waters of Pangong Lake, high up in the Himalayas, there was a slackening of shoulders and a collective sigh of relief on Feb. 11. After nine months of tense military confrontation, which included the first deadly clash in decades between Indian and Chinese troops along their disputed border, the two sides began withdrawing from their positions on the southern and northern banks of the lake as part of a phased, synchronized military disengagement.

By mitigating the risk of another skirmish or accident, the move has brought Beijing and New Delhi back from the brink in their border standoff. The successful disengagement was followed up on Feb. 20 with a tenth round of meetings between the Indian and Chinese commanders in the region. Five days later, Indian Foreign Minister Subrahmanyam Jaishankar spoke by phone with his Chinese counterpart, Wang Yi, affirming the disengagement as “a significant first step,” according to an Indian Foreign Ministry spokesperson. The two sides also unveiled plans to establish a diplomatic hotline to aid in future crisis management.

While positive, these de-escalatory steps do not guarantee peace, much less a return to conciliatory Sino-Indian ties. “This is a tactical withdrawal, and it is temporary on both sides,” cautioned Shivshankar Menon, a former Indian national security adviser, in an interview with The Wire, an Indian news outlet. A political agreement on how to resolve the larger border dispute is still lacking, and there is little trust left to speak of between New Delhi and Beijing, making the path ahead perilous.

The two rivals continue to blame one another for the deadly brawl last June in the Galwan Valley, offering conflicting accounts of what precipitated it. Press reports indicate that starting last April, Chinese troops moved into territory previously patrolled by India and began constructing fortifications, which led to the standoff. But both sides maintained that it was the other advancing beyond their agreed-upon patrol areas that led to the clash. At the time, India said that 20 of its soldiers were killed in the hand-to-hand combat, while China belatedly announced last month that four of its soldiers had died.

Now, Indian officials are emphasizing the need to verify that all agreements are being “observed in letter and spirit,” as Gen. Manoj Naravane, India’s army chief, put it in recent public remarks. Both militaries will be watching closely to ensure the other does not renege on their commitments.

Synchronized pullbacks are fragile; it is worth remembering that the Galwan Valley clash occurred in the midst of a failed effort at disengagement. Even if it sticks, the Pangong Lake withdrawal is merely the start of a complex process. Naravane has admitted there is still “a long way to go,” and that both sides must now focus on de-escalation and troop withdrawal from other areas along the Line of Actual Control, the de facto demarcation that separates Indian- and Chinese-controlled territory. Troops have not drawn back from the other flashpoints along the border in the eastern Ladakh region, including Gogra, Hot Springs, Demchok and the Depsang Plains. Both militaries still have more troops near the Line of Actual Control than they did prior to last spring.

India is also concerned about Chinese activity in the disputed eastern sector of the border, on the other side of the Tibetan plateau from Ladakh, around the Indian states of Sikkim and Arunachal Pradesh. Here, China has significantly upgraded its military presence and infrastructure over the past year. Keeping the border quiet will be especially difficult after the norms governing the border forces came undone last spring. The old rule book may no longer hold.