Kevin Rudd: The Obama-Xi Summit Could Be 'Difficult' 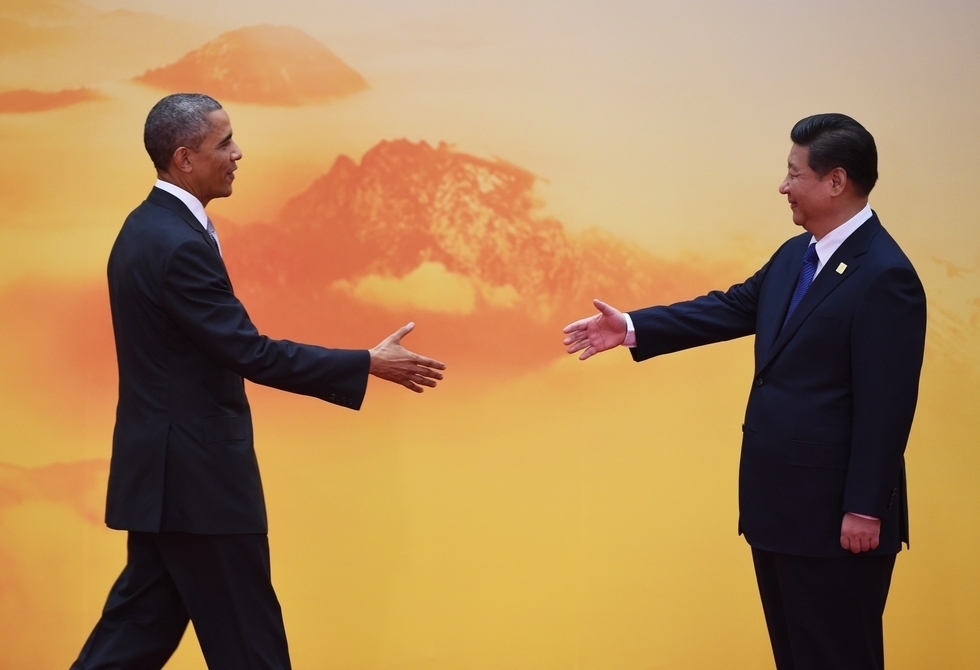 This week, President Xi Jinping of China visits the United States for his third meeting with U.S. President Barack Obama since Xi assumed the presidency in 2013. Having recently visited Beijing and met with senior Chinese officials there, Asia Society Policy Institute (ASPI) President Kevin Rudd joined ASPI’s AsiaConnect call to share his insights on the agenda for the Obama-Xi summit, which Rudd said he believes “will be one of the more difficult summits between Chinese and American leaders in recent years.” Highlights from Rudd’s remarks appear below. The entire briefing can be heard using the audio player at the bottom of this post.

The priority issues for the summit:

Essentially the four big ones are these: the question of China’s territorial claims in the South China Sea and, relatedly, the East China Sea; secondly, vast disagreements on the nature of cyber security and cyber-attacks between the two countries; thirdly, China’s draft legislation concerning the future management of foreign NGO activity within China; and finally — and I think of great significance here in the United States and around the world as well — question marks about the future of the China economy and its global performance, and its impact therefore on global growth.

On China’s claims in the South China Sea:

The real question is, coming to this visit in Washington, how can this question be handled, how can it be managed? China says it’s drawn a pause to its activities in reclamation in the South China Sea, having achieved that which it seeks to achieve at this time. The United States position is effectively threefold. One, that it has an obligation to stand by the interests of its allies in the region, and here the most relevant ally is the Philippines. Two, that the United States does not support what it regards to be attempts to change territorial boundaries by means other than through the normal international legal discreet resolution mechanisms. And thirdly, a U.S. insistence that whatever occurs in the South China Sea, that freedom of navigation is not impeded in any way.

These positions at present between the U.S. on the one hand, the claimant states in the South China Sea on the other, and China in the third corner, are showing no real prospect of being breached in the immediate period ahead. What can be sought in the negotiations between Xi Jinping and President Obama is a way in which this can be managed in the period ahead so that it does not result in crises of activity, sharp points of potential conflict, either in the air or on the waters of the South China Sea, which could trigger conflict.

The focus in this visit should be on the question of how can credible rules of the road can be agreed between China and the United States, and frankly, between these two countries and other cyber powers, so that this weapon of mass destruction scenario does not unfold further, and in fact we have the means by which these things should be regulated. This will be the second big and highly contentious debate bringing both U.S. government and U.S. corporate interests together in what will inevitably be a sharp exchange with their Chinese interlocutors.

The proposed legal changes within the Chinese draft law are significant; that which causes most concern on the part of international NGOs are those related to the new powers which will be granted to the Chinese Public Security Bureau for the monitoring of the activities of foreign NGOs within China. … Interestingly, in China itself, the new draft law has given rise to many concerns within the system. The National People’s Congress, where the law will be deliberated on, finally and formally, has called for submissions from both at home and abroad; many have been registered with the Chinese government. What this will turn out to be in terms of the final product, we don’t know. But this will be the subject of intense discussion between the United States and President Xi Jinping during his visit.

On the future growth and reform of China’s economy:

China arrives for this summit with the United States with question marks being raised around the world about the strength and solidity of its own economy for the future. My own view, for what it’s worth, is that Chinese growth, which [China] projected being at 7 percent for the current calendar year, is somewhere at present south of 6 percent, and for these reasons, you are likely to see further monetary policy easings within China as well as, in my judgment, some additional fiscal policy activity.

I’m advised by those who analyze the entrails of the Chinese economic performance that the four monetary policy easings we’ve seen so far have begun to result in some tick-up in private investment activity within the economy. But as we know from the classics, “one swallow doth not a summer make.”