The Avoidable War: The Case for Managed Strategic Competition

Collection of Speeches by the Hon. Kevin Rudd 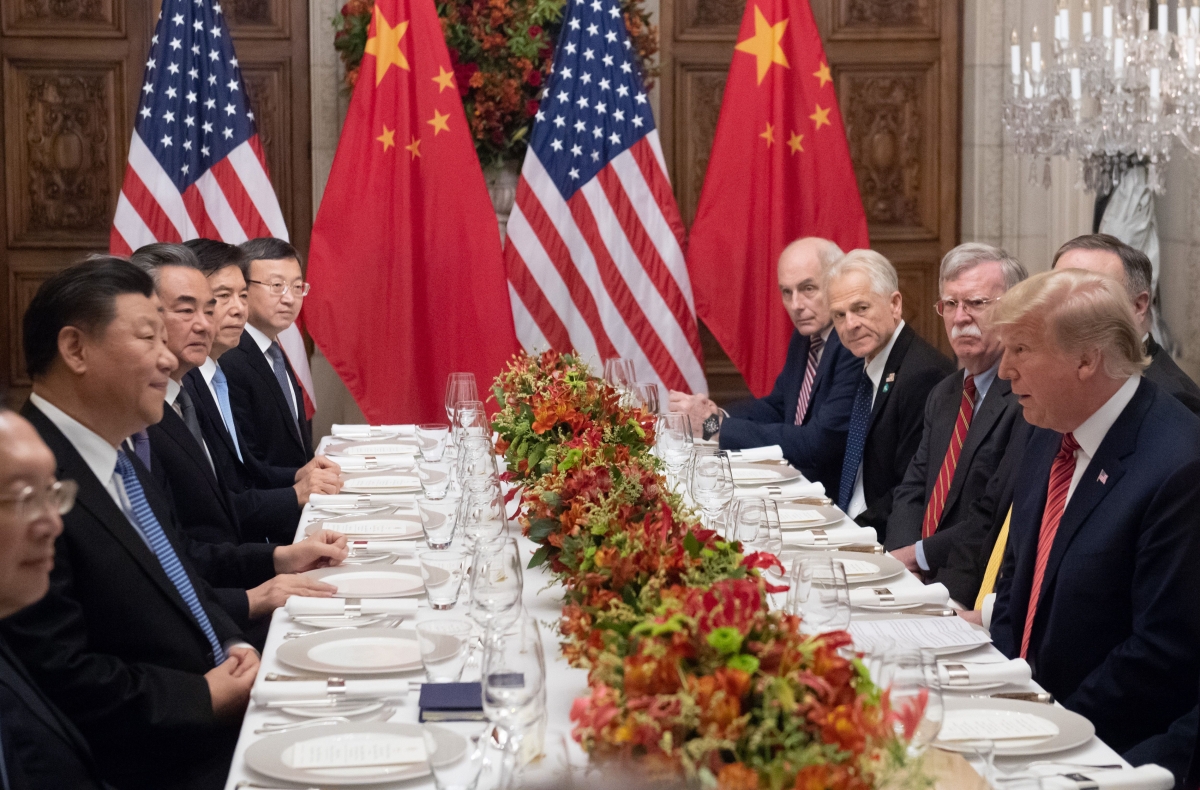 U.S. President Donald Trump and China’s President Xi Jinping, along with members of their delegations, hold a dinner meeting at the end of the G20 Leaders’ Summit in Buenos Aires, on December 1, 2018. (Saul Loeb/Getty Images)

Throughout the recent 18 months of the U.S.-China trade war, which has landed in a “phase one” deal, and awaits the tackling of more difficult economic elements in phase two negotiations, there has been a slow and steady structural shift in the U.S.-China relationship as it continues to head in a more adversarial direction. Against the backdrop of this drift toward confrontation occurring in the absence of any common strategic understanding or high-level diplomatic mechanism to manage the mounting economic, security, and technological tensions into the future, Asia Society Policy Institute President the Hon. Kevin Rudd brings together a series of speeches delivered during 2019 in the collection, The Avoidable War: The Case for Managed Strategic Competition. This volume works to help make sense of where the U.S.-China relationship is heading in the current period of strategic competition, and follows on from Rudd’s 2018 collection, The Avoidable War: Reflections on U.S.-China Relations and the End of Strategic Engagement.

In this new volume, Rudd focuses not only on the bilateral relationship, but also on China's domestic politics, economics, and its strategic vision. But on the bilateral relationship, Rudd writes that while there may be a truce of sorts on the trade front during 2020, that will not be the case across the rest of the economic, political, and security relationship. Challenges will continue in areas such as the future of 5G mobile telecommunications infrastructure, the Belt and Road Initiative, Xinjiang, Hong Kong, allegations of Chinese political influence and interference in foreign countries’ internal democratic processes, and China’s increasingly close strategic collaboration with Russia. Militarily, tensions will continue in the East China Sea, the South China Sea, and the wider Indo-Pacific, together with confrontations less visible to the public eye in espionage, cyber, and space.

Against this backdrop, and the steady erosion of diplomatic and political capital in the overall relationship, Rudd asserts that the “2020s loom as a decade of living dangerously in the U.S.-China relationship.”

The Avoidable War: The Case for Managed Strategic Competition includes six speeches from 2019 covering a range of critical challenges in the U.S.-China relationship, as well as a December 2019 conversation at the Harvard Kennedy School which begins to outline an approach to managing the growing tinderbox of tensions across the spectrum of the bilateral relationship.

INDIVIDUAL SPEECHES FROM THE COLLECTION:

2. New Directions in Beijing and Washington: Are We Seeing the Beginning of a Chinese Policy Reset? And Will There Be a U.S. Reset Once the Trade Deal Is Done?
An Address to the 22nd Annual Harvard China Forum, Harvard Business School, Cambridge, Massachusetts, April 14, 2019

4. China’s Political Economy into 2020: Pressures on Growth, Pressures on Reform
An Address to the Conference on China’s Economic Future: Emerging Challenges at Home and Abroad, Chatham House, London, July 11, 2019

5. To Deal or Not to Deal: The U.S.-China Trade War Enters the Endgame
An Address to the American Chamber of Commerce (AmCham China), Beijing, China, September 9, 2019

6. To Decouple or Not to Decouple? That Is the Question for U.S.-China Relations
Robert F. Ellsworth Memorial Lecture, 21st Century China Center, University of California, San Diego, November 4, 2019