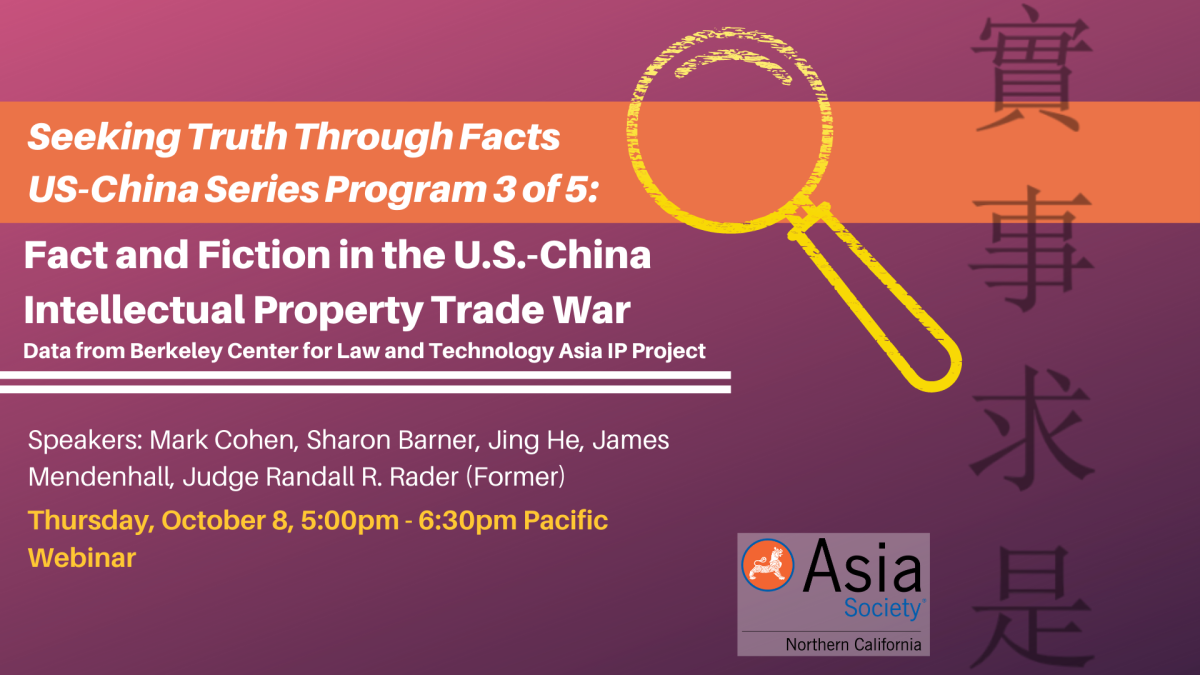 Asia Society Northern California will host a discussion on the topic Fact and Fiction in the U.S.-China Intellectual Property Trade War on Thursday, October 8 with data provided by the Berkeley Center for Law and Technology Asia IP Project.

This event is the third of five in the Seeking Truth Through Facts U.S.-China program series hosted by Asia Society Northern California.

This program is complimentary and open to the global community. Registration will close on Thursday, October 8 at 2 p.m. Pacific.

Sharon Barner is Vice President, General Counsel and Corporate Secretary for Cummins Inc., where she is responsible for worldwide legal matters and oversees a team of lawyers, paralegals and other professionals. With more than 30 years of experience in the legal profession, Sharon primarily specializes in intellectual property law. Prior to joining Cummins, she served as Deputy Under Secretary of Commerce for Intellectual Property and Deputy Director of the United States Patent and Trademark Office (USPTO). During the two years she spent in that role, Sharon led 15 foreign missions to meet with government representatives, as well as leaders in academia and industry to raise awareness about the impact of intellectual property on business and innovation.

Jing He, Founder at GEN Law Firm, is a specialised legal practitioner with more than 20 years’ experience in handling complex China litigation, intellectual property, antitrust, policy advocacy and compliance matters. He started his legal career as a U.S. patent attorney and spent nine years in a major international law firm before starting his private practice in China. A number of his cases were listed as top IP cases by Chinese judiciary authorities.

James Mendenhall is a Partner in the Global Arbitration, Trade and Advocacy Group at Sidley in Washington, D.C., concentrating on international arbitration, international trade policy, trade litigation and proceedings before the Committee on Foreign Investment in the United States (CFIUS). From 2005 to January 2007, Mr. Mendenhall served as the General Counsel of the Office of the United States Trade Representative (USTR). Mr. Mendenhall has served as counsel in numerous investor-state arbitration proceedings, including under ICSID and UNCITRAL arbitration rules. He has advised clients on international trade negotiations, market access issues, intellectual property policy, product standards, trade policy, national security regulations and U.S. legislative matters. He has represented clients across many sectors, including e-commerce, high-tech, pharmaceuticals, financial services, telecommunications and consumer goods.

Hon. Randall R. Rader was appointed to the United States Court of Appeals for the Federal Circuit by President George H.W. Bush in 1990 and assumed the duties of Chief Circuit Judge on June 1, 2010.  He retired from the bench on June 30, 2014.  He was appointed to the United States Claims Court (now the U.S. Court of Federal Claims) by President Ronald W. Reagan in 1988.  Chief Judge Rader’s most prized title may well be “Professor Rader”.  As a Professor, Chief Judge Rader has taught courses on patent law and other advanced intellectual property course at George Washington University Law School, University of Virginia School of Law, Georgetown University Law Center, the Munich Intellectual Property Law Center, and other university programs in Tokyo, Taipei, New Delhi, and Beijing.

Upcoming Programs in the Seeking Truth Through Facts Series 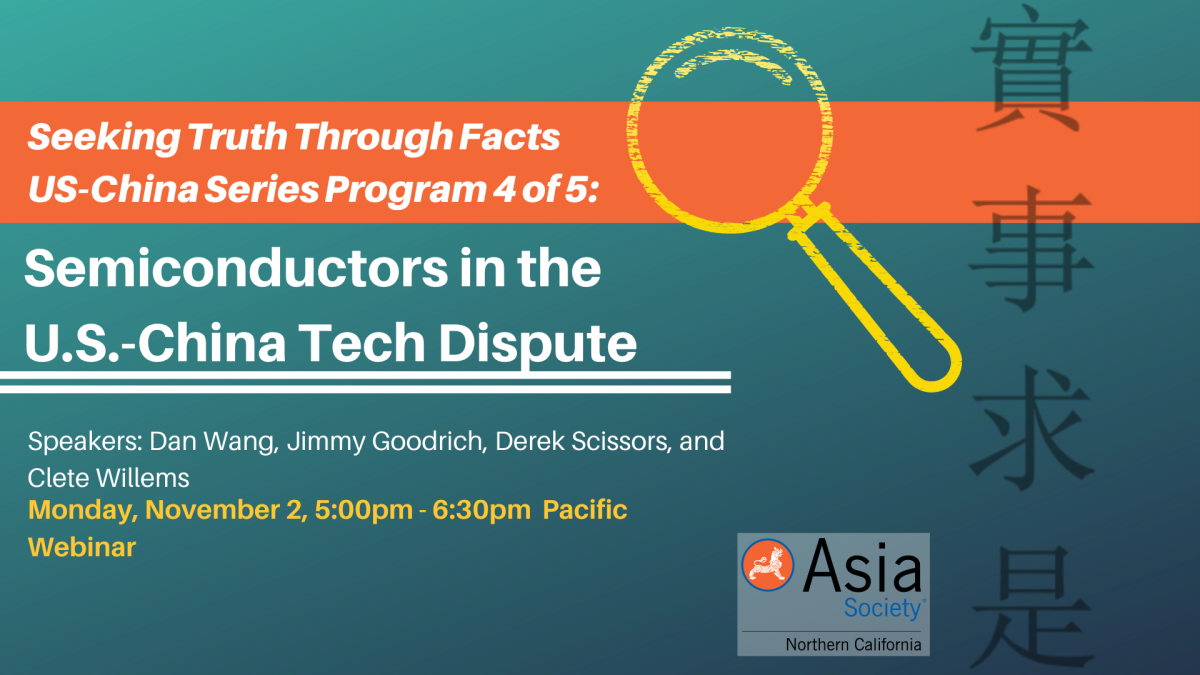 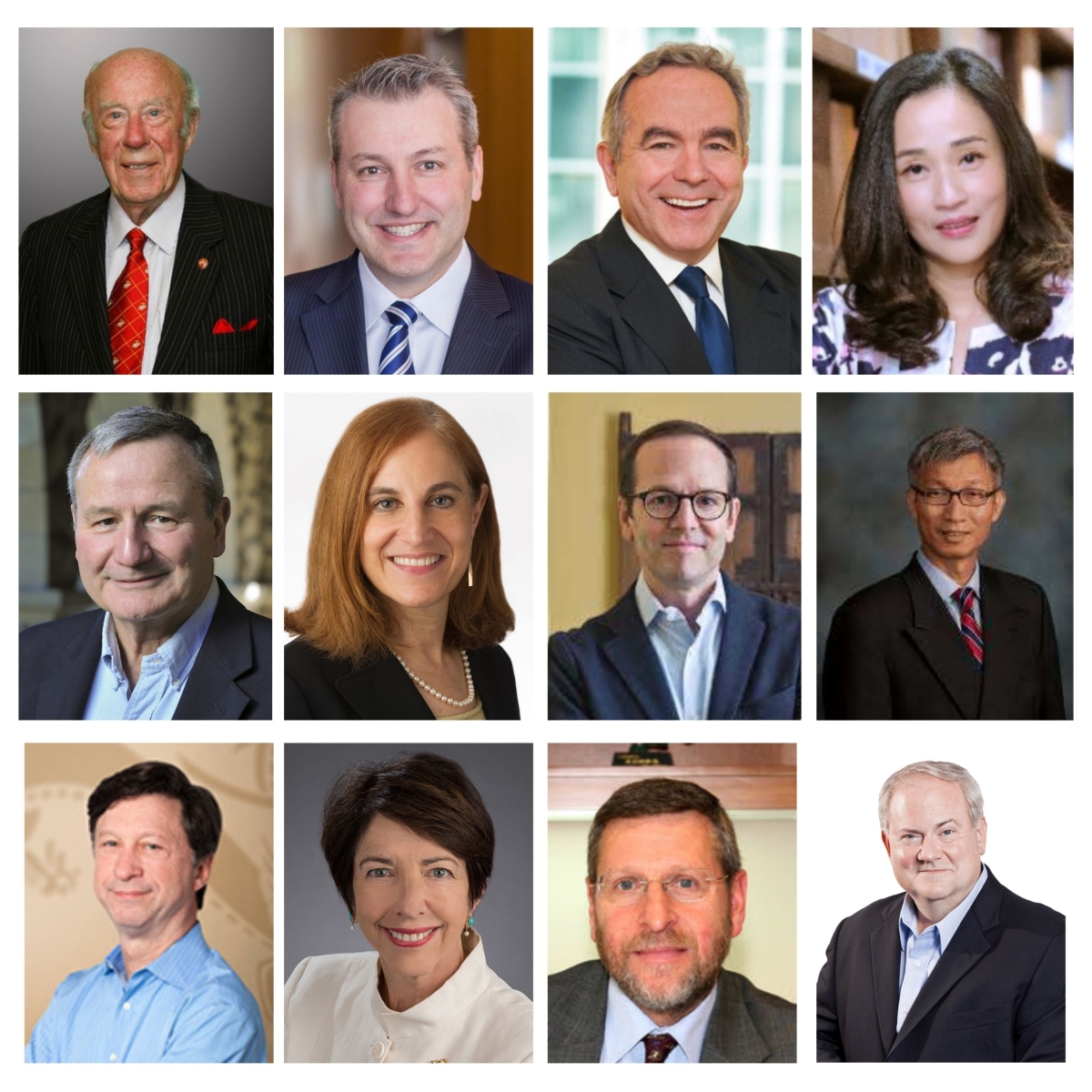