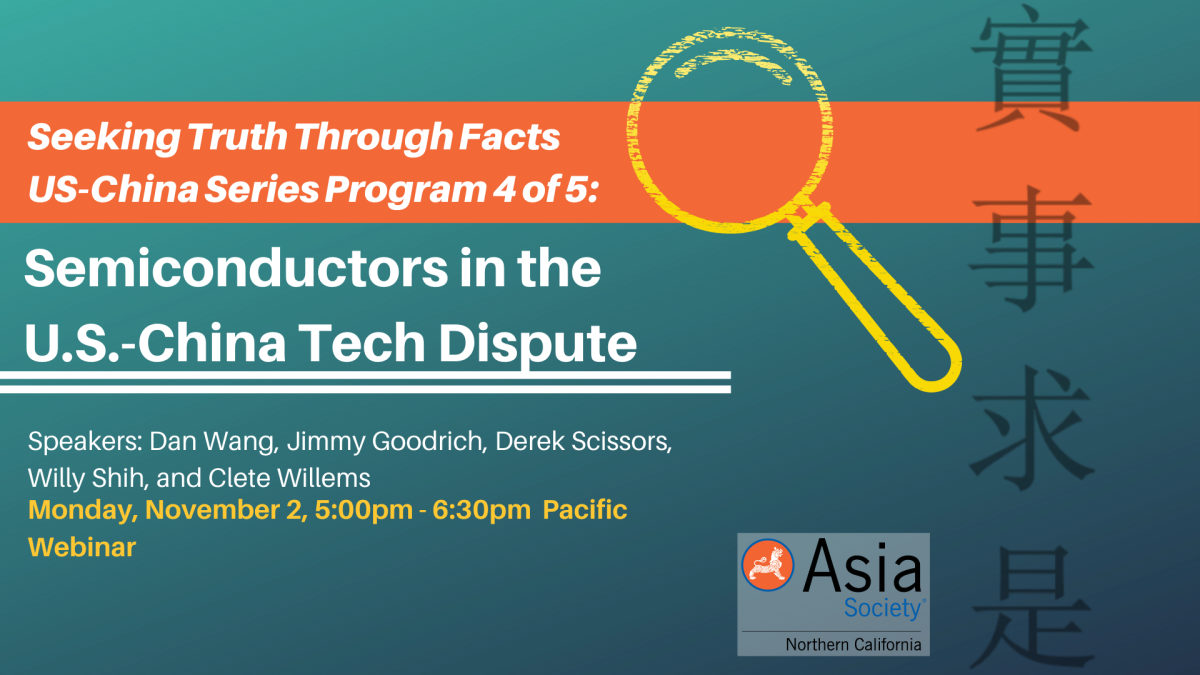 Asia Society Northern California will host a discussion on Semiconductors in the U.S.-China Tech Dispute on Monday, November 2.

This event is the fourth of five in the Seeking Truth Through Facts U.S.-China program series from Asia Society Northern California.

This program is complimentary and open to the global community.

Dan Wang writes on China's technology progress and how it's affected by US sanctions. In particular, he tracks China's semiconductor capabilities, US measures on CFIUS and export controls, Huawei's ongoing struggles, supply chain relocation, and broader Chinese industrial policy. His work is widely cited in the press. Dan previously worked in Silicon Valley and studied philosophy at the University of Rochester. Dan is also a contributor to Bloomberg Opinion and writes occasional essays on his personal site: danwang.co.

Jimmy Goodrich is vice president for global policy at SIA. In this role, Jimmy leads SIA’s global policy team and works to advance SIA’s international and trade policy agenda to ensure the U.S. semiconductor industry maintains its competitiveness in key markets across the globe. Jimmy also leads SIA’s research and analysis of foreign semiconductor policies and capabilities. Jimmy is the Executive Committee Chair of the United States Information Technology Office (USITO) in Beijing, representing SIA in his capacity. An expert in China’s technology and innovation landscape, he has led and conducted significant research and analysis efforts into China’s technology and innovation capabilities.

Derek M. Scissors is a resident scholar at the American Enterprise Institute (AEI), where he focuses on the Chinese and Indian economies and on US economic relations with Asia. He is concurrently chief economist of the China Beige Book. Dr. Scissors is the author of the China Global Investment Tracker. In late 2008, he authored a series of papers that chronicled the end of pro-market Chinese reform and predicted economic stagnation in China as a result. He has also written multiple papers on the best course for Indian economic development. Before joining AEI, Dr. Scissors was a senior research fellow in the Asian Studies Center at the Heritage Foundation and an adjunct professor of economics at George Washington University.

Willy Shih is the Robert and Jane Cizik Professor of Management Practice in Business Administration at Harvard Business School.  He is part of the Technology and Operations Management Unit, and he teaches in the MBA and Executive Education Programs.  His expertise is in manufacturing and product development, and he has written or co-authored numerous cases and teaching materials in industries ranging from semiconductors, information technology, consumer electronics, aerospace, transportation equipment, manufacturing processes and tools, and intellectual property. Prior to coming to HBS in 2007, Willy spent 28 years in industry at IBM, Digital Equipment, Silicon Graphics, Eastman Kodak, and Thomson SA.  He worked in product development and manufacturing in a wide range of areas including computer systems, scientific instruments, semiconductors, digital cameras, optical discs and software systems.

Clete Willems is a partner at Akin Gump Strauss Hauer & Feld, where he advises multinational companies, investors, and trade associations on international economic law and policy matters. Until April 2019, Mr. Willems was Deputy Assistant to the President for International Economics and Deputy Director of the National Economic Council. In this role, he was a key negotiator with foreign governments, including China and the European Union, and the President’s lead negotiator at the G-7, G-20, and Asia-Pacific Economic Cooperation (APEC) Forum. Prior to joining the White House, Mr. Willems was a trade negotiator and WTO litigator at the Office of the U.S. Trade Representative (USTR). He also worked as Legislative Director for Congressman Paul Ryan (R-WI). Mr. Willems graduated from the University of Notre Dame and Georgetown University Law Center.

Upcoming Program in the Seeking Truth Through Facts Series 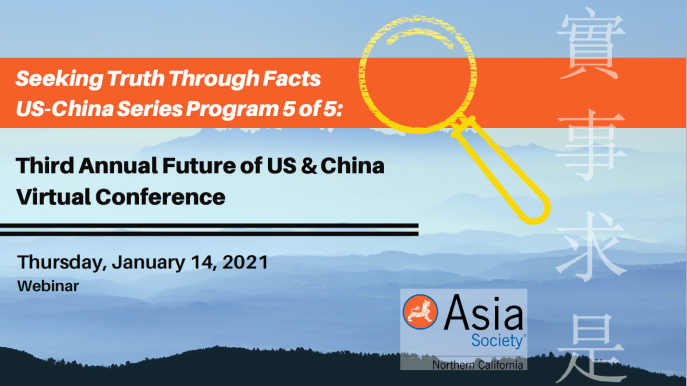