Looking Ahead: Southeast Asia in 2020 with Four Consuls General 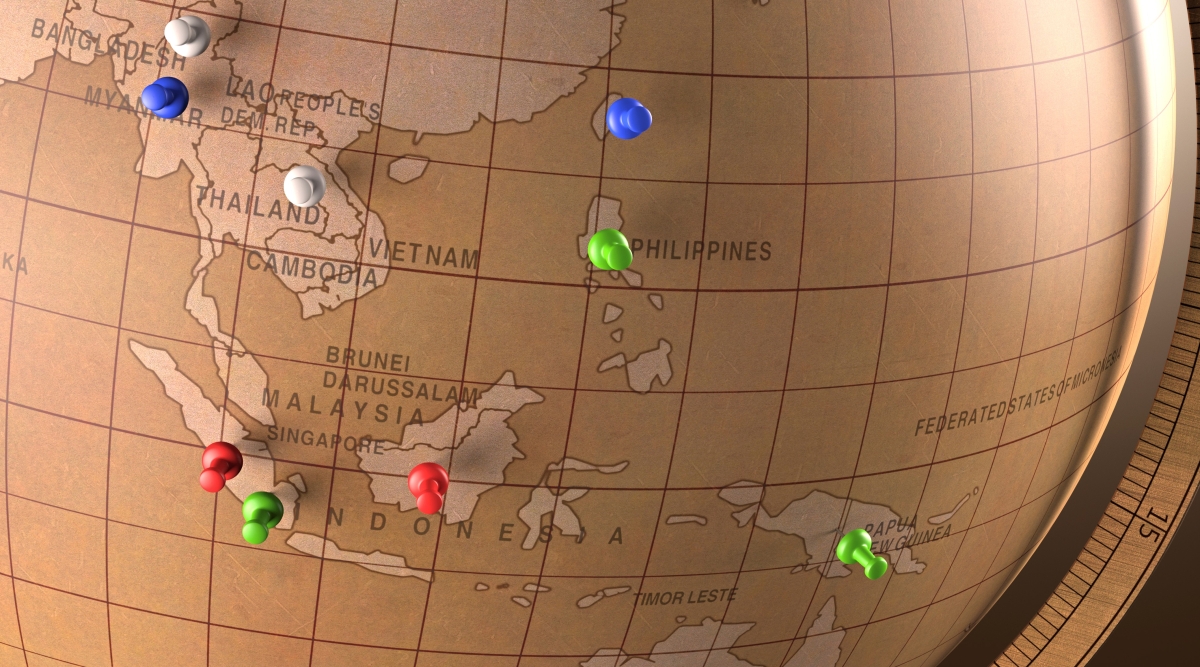 Join Asia Society Northern California for a panel discussion on Thursday, February 27 with the Consuls General from Indonesia, the Philippines, Singapore and Vietnam about the future of relations with Southeast Asia and the United States, including policy, economy, and how the world may look in 2020 and beyond.

The panel discussion will be followed by a reception with food, drink, and cultural performance from Southeast Asia.

Online ticket sales will end at noon on Thursday, February 27.

Simon Djatwoko Irwantoro Soekarno, a career diplomat with 27 years of service, took up the office of the Consul General of the Republic of Indonesia in San Francisco in March 1, 2019. Previously he was the Consul General of the Republic of Indonesia in Los Angeles from term of September 2017 to January 30, 2019. Prior to his assignment in San Francisco, Simon Soekarno served as Director for Protocol at the Ministry of Foreign Affairs (2014-2017), Head of the Sub Directorate of Foreign Guests for the Directorate of Protocol (2009-2011), and Head of the Sub Region C of the Inspectorate General (2003-2006). He was involved in and managed many visits and guests of the President, Vice President and the cabinet ministers.

After graduating from the University of Kent (Canterbury, England) and University of Atma Jaya (Jakarta, Indonesia), Simon Soekarno joined the Ministry of Foreign Affairs in 1991. Since then, he was assigned in several different countries such Chile (Santiago) then to Spain (Madrid) and lastly, he was a Minister Counsellor at the Indonesian Embassy in Singapore, coordinating the information, social and culture function. Beside English, he is fluent in German and Spanish.

Henry S. Bensurto Jr. is the Philippine Consul General to San Francisco.  A career diplomat, lawyer, teacher and former student activist, Mr. Bensurto is one of the Philippines’ leading experts on the UN Convention on the Law of the Sea (UNCLOS) and West Philippine Sea (WPS)/South China Sea (SCS) issue.  Prior to his posting in San Francisco, Mr. Bensurto served as Assistant Secretary of the West Philippine Sea Center in the Department of Foreign Affairs and the Secretary-General of the Commission on Maritime and Ocean Affairs, a Cabinet-level coordinating body on the Law of the Sea and other maritime issues.

Mr. Bensurto initially conceptualized ZOPFFC or, Zone of Peace, Freedom, Friendship and Cooperation in 2009 as a politico-legal framework for resolving and managing disputes in the SCS which became the core of Philippine engagement with ASEAN and China beginning in 2010. ZOPFFC’s core principles later on formed part of the overall Philippine Legal Approach in the country’s 2013 arbitration case against China. The Arbitral Tribunal in The Hague ruled on 12 July 2016 in favor of the Philippines against China. For his work on ZOPFFC and the protection of the WPS, Mr. Bensurto received the Presidential Award from President Benigno S. Aquino III in 2013. He likewise received a Presidential Award from President Gloria Macapagal Arroyo in 2010 for helping shepherd the passage of the Philippine Archipelagic Baselines Law in 2009. He also helped shepherd the submission of the Philippine Extended Continental Shelf over the Benham Rise before the UN Commission on the Limits of the Continental Shelf.

Darryl Lau Kai Mun is currently Consul-General at the Singapore Consulate-General in San Francisco since 19 August 2017.  Mr Lau graduated with a Bachelor of Business Administration from the National University of Singapore. He obtained his Master of Arts (Southeast Asian Studies) from the National University of Singapore in 1997.  Mr Lau joined the Foreign Service in July 1997. He has served in various capacities in the Policy, Planning and Analysis Directorate 4 (Africa & Middle East) (July 1997 to June 2000). He was posted to the Singapore Embassy in Hanoi as Second Secretary and subsequently as First Secretary (June 2000 to August 2002). In October 2002, he was posted to the Consulate-General in Hong Kong as Consul (Political) and subsequently appointed Deputy Consul-General & Consul until August 2008.  Upon Mr Lau’s return to Singapore from Hong Kong, he served as Assistant Director/Middle East 1 in the Ministry of Foreign Affairs from September 2008 to March 2011. He was promoted to Deputy Director/ Middle East 1 in the Ministry of Foreign Affairs in April 2011. Mr Lau was Consul and Head of Mission at the Singapore Consulate in Dhaka, Bangladesh from 31 Jul 2011 to 30 June 2017.

Karen Tay (Moderator) leads a global strategy and operations team spanning San Francisco New York, London and Singapore with a mission to transform Singapore into the world's leading Smart Nation by becoming a hub for global technology talent. To this end, she holds a dual portfolio as Smart Nation Director in Singapore's Prime Ministers Office, and Regional Vice President in the Singapore Global Network.

She is passionate about leveraging technology for public good (www.techandpublicgood.com), and designing organisational practices, cultures and structures that are conducive to talent attraction and retention. Her strategic and operational experience in these areas has allowed her to advise top business and Government leaders on these topics, teach at Singularity University, and address thousands at platforms such as CES and SXSW.

She was previously a cross-functional Government leader working with data scientists, policy-makers and ground operations to deliver data-driven policies and strategic communications in Singapore. These varied roles, from education to social financing to strategy in the Prime Ministers' Office, contributed to her vision for more equitable, sustainable societies, built on trusting relationships.

She has been recognized as a Womens Forum Rising Talent in 2017, Business Times Top Women in STEM in 2018 and Asia21 Young Leader in 2019.