Four Diplomats from Asia on the Case for 'America First' 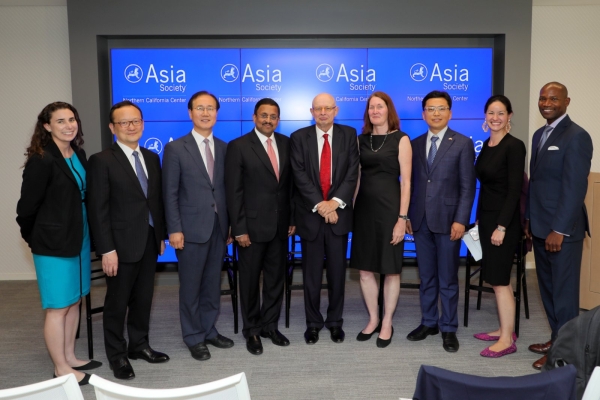 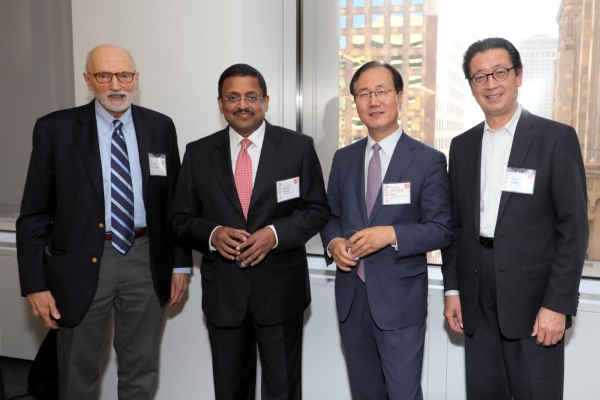 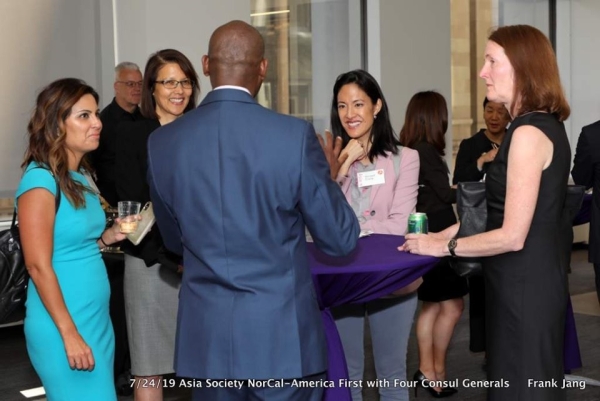 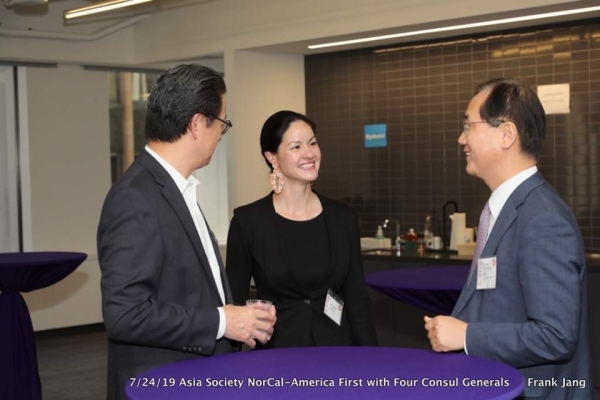 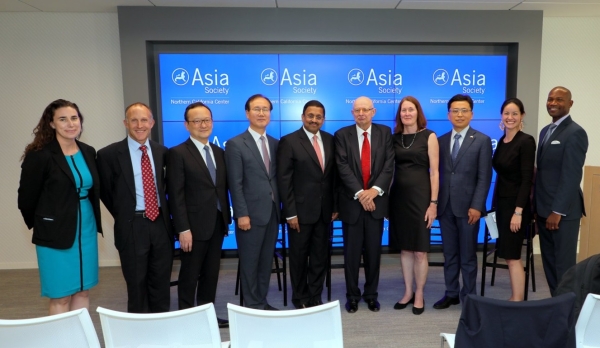 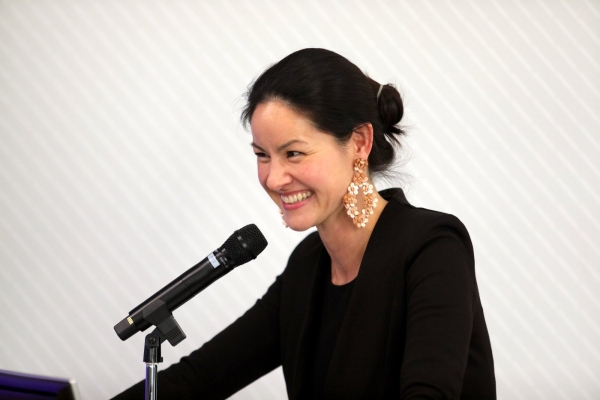 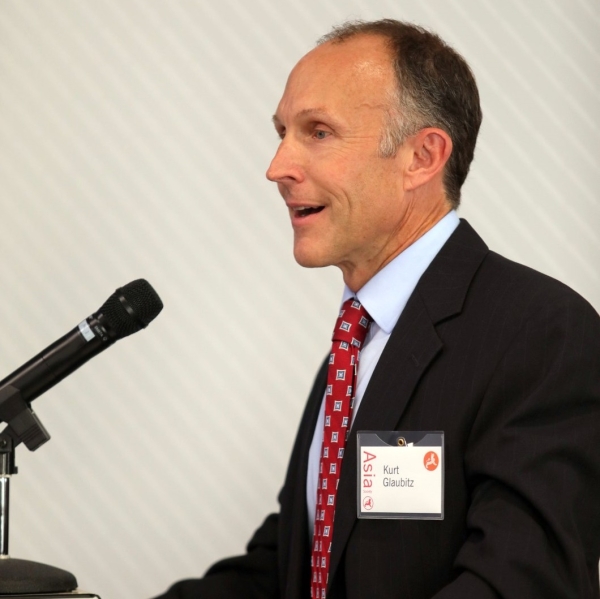 Kurt Glaubitz of Chevron offers some remarks before the program. Thank you to Chevron for sponsoring this program. (Frank Jang/Asia Society) 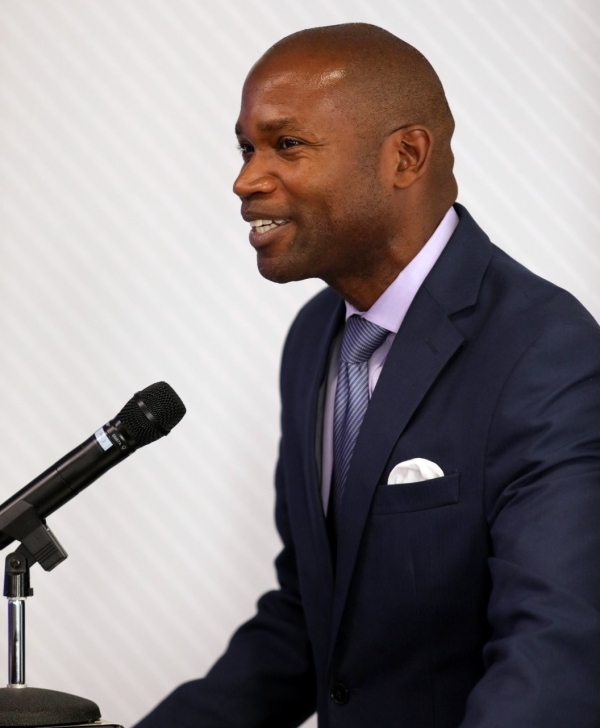 Lawrence Patrick III of the Medill School of Journalism, Media, Integrated Marketing Communication at Northwestern University in San Francisco gives introductory remarks before the program. Thank you to Medill for partnering with us on this program. (Frank Jang/Asia Society) 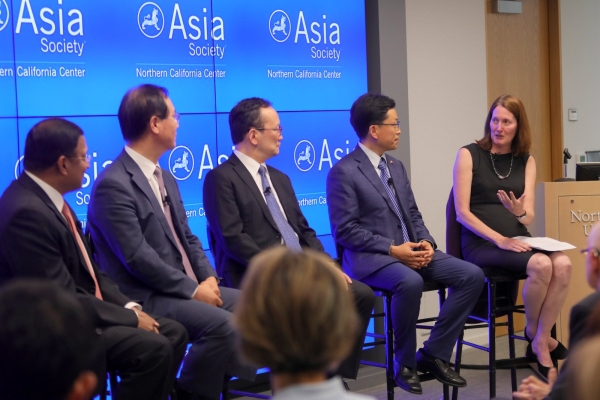 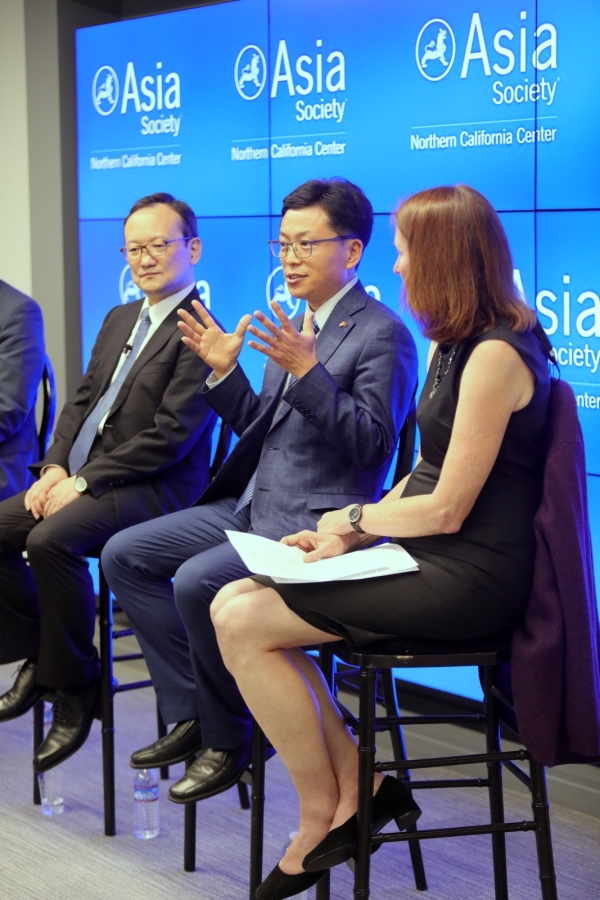 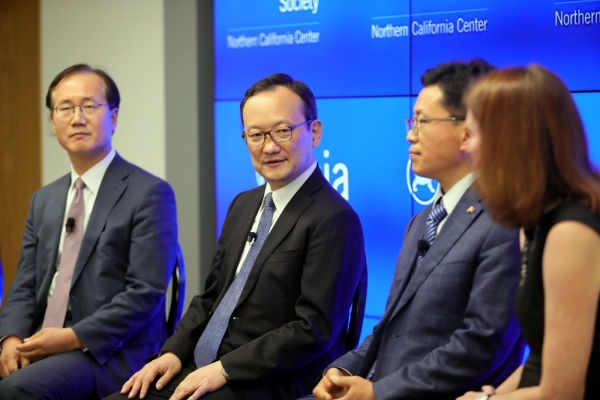 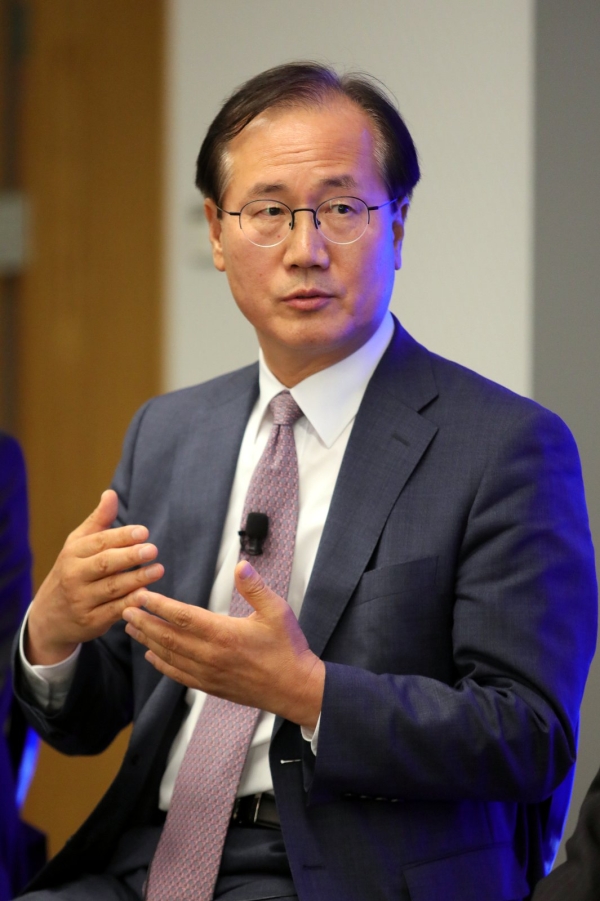 Consul General Joon-yong Park from the Consulate General of the Republic of Korea in San Francisco. (Frank Jang/Asia Society) 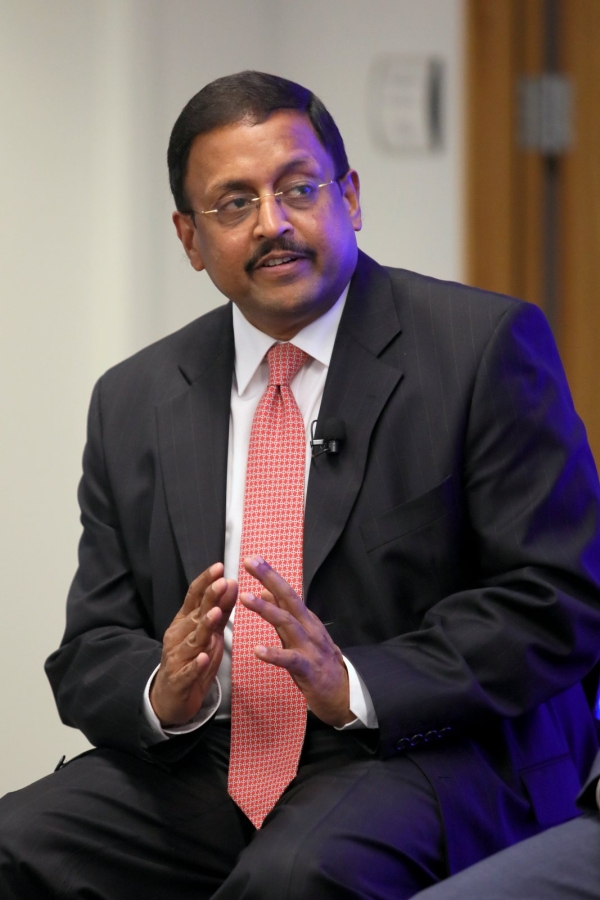 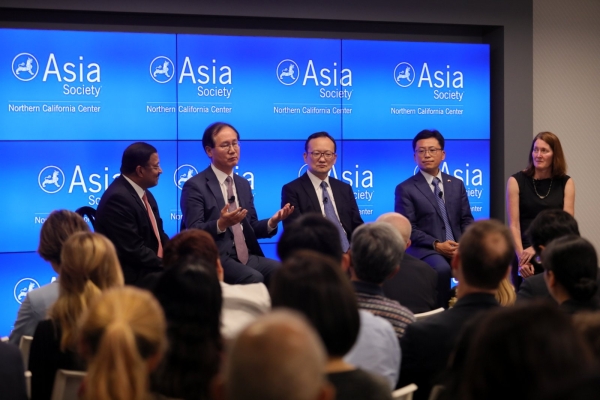 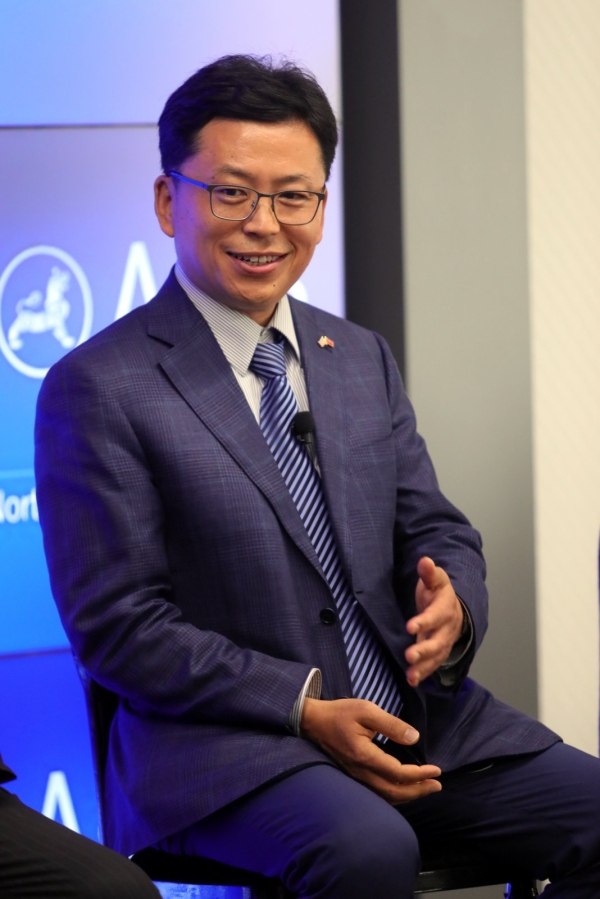 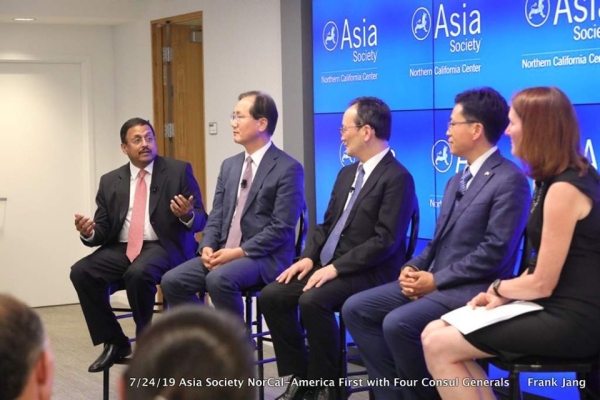 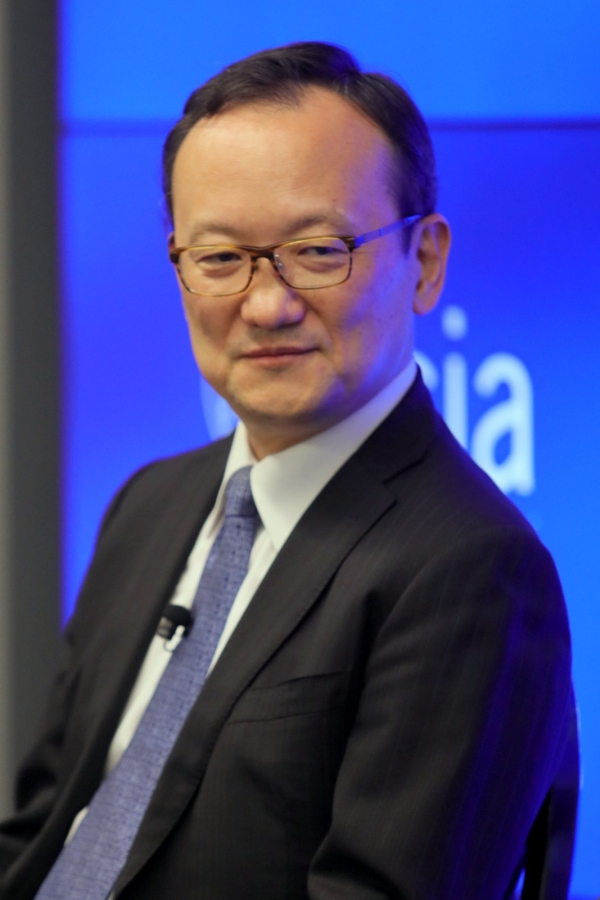 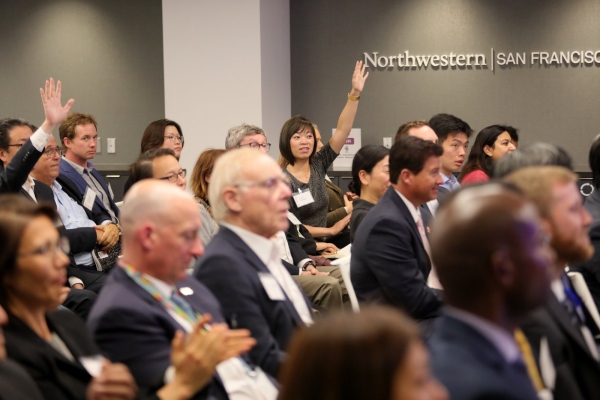 Audience members were quite eager to ask questions during the Q&A portion. (Frank Jang/Asia Society) 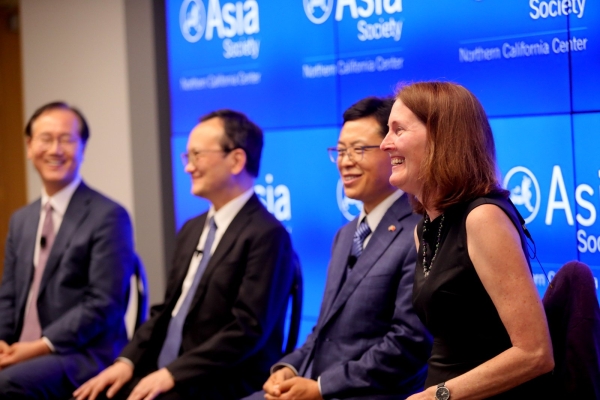 The panelists share a laugh with the audience as the questions start. (Frank Jang/Asia Society) 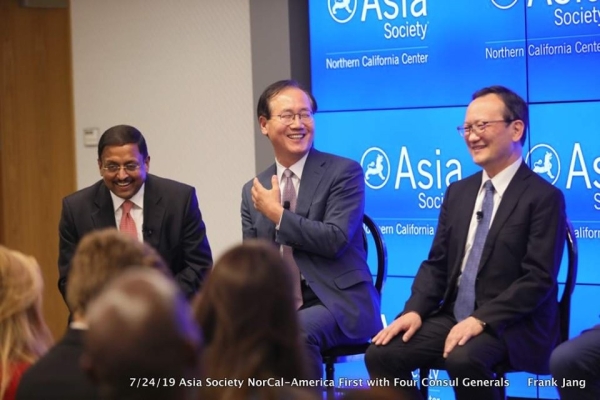 The panelists during an amusing moment. (Frank Jang/Asia Society) 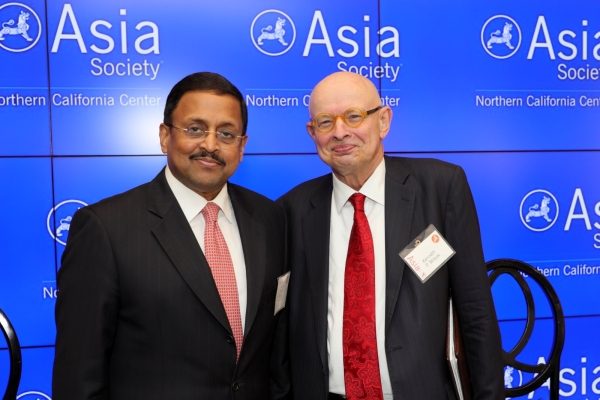 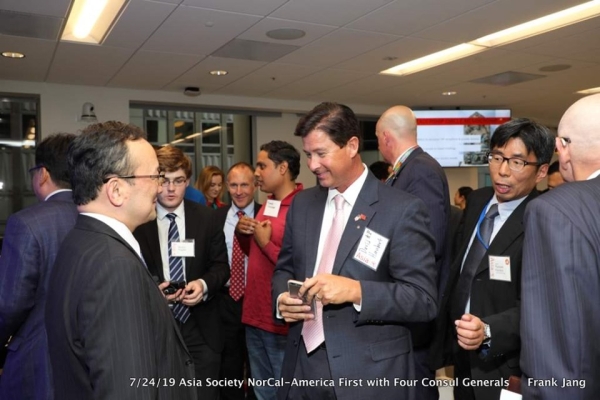 All four of the diplomats spoke on how their countries have responded to the “America First” policy, and agreed it is both natural to prioritize a country's national interest. However, they each stressed the importance of international cooperation and that in today’s globalized world, “America First” cannot mean America alone. All envision an environment of stability and predictability in East Asia and throughout the Asia Pacific with the aim to foster transparency and business cooperation that will benefit the entire region.

Consul General Uyama stressed the importance of finding ways to cooperate through our differences, including that national benefits can be maximized in a realistic manner, but not at the expense of others. Consul General Sanjay Panda stated that although the U.S. has a preeminent place in world order, we are moving in the direction of a multipolar world. He emphasized that we cannot afford to look at one country first, but that we need to work together on pressing issues that impact us all such as the growing water crisis. “We need to work together. We do not have a choice” Panda said.

China’s Belt and Road Initiative (BRI) was also discussed as many countries share concern over China’s intentions. Deputy Consul General Ren explained that China only wants to spread prosperity: “If you want to be rich, make your neighbors rich so you can do business,” he said. Moving forward, China wants to shoulder more global responsibility and put differences aside to find common development. China believes the Asia Pacific region will become more multilateral, that economic integration will go further, and that it is possible to have multiple wins beneficial to all.

The overall message of the discussion was to stay globally engaged, and stay respectful. It is not about one country first, it is about countries cooperating together for a mutually beneficial future.

Asia Society Northern California would like to thank Chevron for sponsoring this event.