With San Francisco Consuls General from India, Indonesia, the Philippines, and Australia 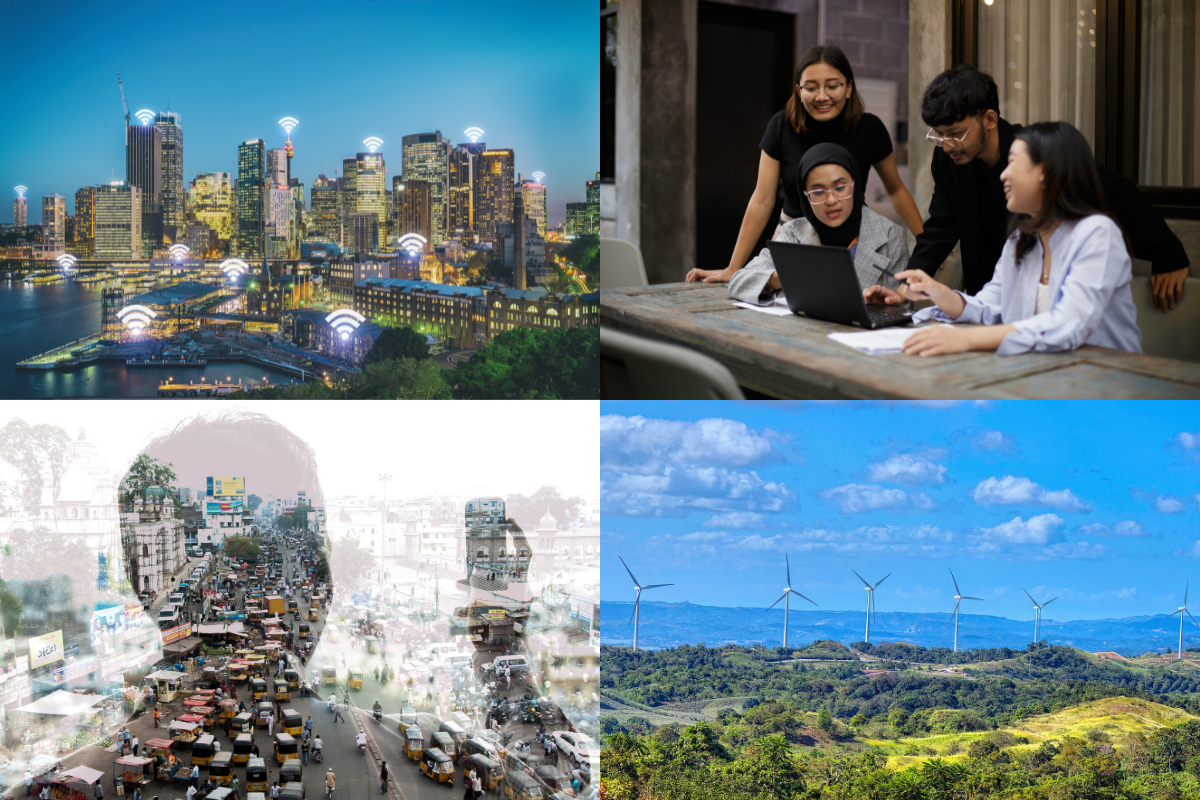 On Thursday, May 19, 2022 join Asia Society Northern California as part of AAPI Heritage Month for an in-person event featuring a panel discussion with San Francisco Consuls General on Emerging Tech in Asia from 5:00 p.m. - 6:00 p.m. Pacific. 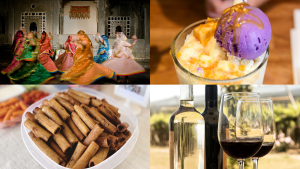 The panel discussion will be immediately followed by a cultural reception with food and drink from the Philippines, food and cultural performance from India, and wine from Australia from 6:00 p.m. - 7:00 p.m. Pacific.

Confirmed speakers for this program include:

Join us on May 19 to be entered into a drawing to win a roundtrip Southwest Airlines e-pass!  Two Asia Society Northern California members in attendance will be selected in a random drawing during this program.

This will be the fourth program in Asia Society Northern California's series of panel discussions with Consuls General in San Francisco.  Links to our previous events can be found below:

All guests will be required to show ID and proof of COVID-19 vaccination at the door.

Neil Frank R. Ferrer is the Consul General of the Republic of the Philippines in San Francisco, which has consular jurisdiction over Alaska, Colorado, Idaho, Montana, Northern California, Northern Nevada, Oregon, Utah, Washington State, and Wyoming. His tour of duty as Consul General began on 20 January 2021.

Prior to his assignment to the U.S., Mr. Ferrer served as Assistant Secretary for Consular Affairs of the Department of Foreign Affairs in the Philippines from August 2018 to January 2021.

Consul General Ferrer served as Chairman of the Maritime Safety Committee (MSC) of the International Maritime Organization (IMO) in London, United Kingdom from 2007 to 2011. The MSC is the senior technical body of the IMO and Mr. Ferrer is the only Filipino diplomat thus far who has been elected as MSC Chairman. Mr. Ferrer presided over numerous international meetings of the IMO and led global efforts to improve maritime safety and security.

Mr. Ferrer served as President of the IMO Diplomatic Conference of Parties to the International Convention on Standards of Training, Certification and Watchkeeping for Seafarers, 1978 (STCW Convention), held from 21 to 25 June 2010 in Manila, Philippines. This Conference adopted major revisions to the STCW Convention and its associated Code, now referred to as the Manila Amendments. The Conference also adopted a resolution nominating 25 June of each year (the day when the amendments were adopted) as the Day of the Seafarer. The Day of the Seafarer has now been included in the annual list of United Nations Observances.

Consul General Ferrer is recipient of a distinguished award for Filipino diplomats, the Gawad Mabini, with the rank of Dakilang Kamanong (Grand Cross), conferred by the President of the Republic of the Philippines on 29 June 2010.

Mr. Ferrer finished his Master of Arts in International Boundaries, with Distinction, at the University of Durham in the United Kingdom. He completed the course work for the Master of Science in Economics at De La Salle University and has a Bachelor’s Degree in Political Science from the University of the Philippines.

Consul General Ferrer is married to Miriam M. Ferrer and they have four children.

Prasetyo Hadi, a career diplomat with 25 years in foreign services, was appointed as the Consul General of the Republic of Indonesia in San Francisco on September 23, 2021. He represents the Government of the Republic of Indonesia in eight western territories of the United States of America including Northern California, Northern Nevada, Alaska, Idaho, Oregon, Montana, Washington and Wyoming.

He started his career at the Ministry of Foreign Office (MOFA) Jakarta as Foreign Service Officers in 1996, Staff/Secretary to the Directorate General for Protocol and Consular Affairs-Chief of State Protocol, MOFA (1997-2000), Third Secretary-Second Secretary at the Consulate General of Indonesia, Los Angeles, USA (2000-2004), Head of Section of Humanitarian Assistance and Repatriation, MOFA (2004-2007), First SecretaryCounsellor at the Consulate General of Indonesia, Marseille, France (2007-2011), Deputy Director of Protocol for State Guests, MOFA (2011-2015), Minister Counsellor for Political Affairs at the Embassy of Indonesia, Berlin, Germany (2015-2019), Minister (2021), Director for Consular Affairs, MOFA (2019-2021).

He was born in Jember, East Java, Indonesia on June 28, 1971 and married to Sekti Kirana Jati Ota with two teenage daughters, Nadine Falisha and Alyssa Rianna.

He joined the Indian Foreign Service in the year 1993 and served in various positions at Indian Missions including Tehran, London, Thimphu, Berne and Ashgabat. He was India's Ambassador to Turkmenistan from July 2014 to January 2018.

Back home in India, he served as Regional Passport Officer, Bengaluru (1999-2001) and as Project Director of the Passport Seva Project, one of the Mission Mode Projects under e-Governance (2008-2011).

Dr. Prasad was born in the district of Warangal, Telangana. He graduated from the Andhra Pradesh Agricultural University and received his Doctorate from the prestigious Indian Agricultural and Research Institute in New Delhi.

He is married to Padmavathi and has one son.  His interests include books, movies and golf.

Odette Hampton is Deputy Consul General & Trade and Investment Commissioner at Australian Trade and Investment Commission (Austrade). Odette supports Austrade's work in the West Coast of the United States and co-leads the teams responsible for investment attraction and trade support in digital technologies across the Americas. Odette has more than a decade of experience in economic development, supporting foreign direct investment into Australia, with a particular focus on fintech, cyber security and digital games.

Odette holds a Bachelor of Laws (Honours)/Bachelor of Arts from the University of Notre Dame Australia and was admitted to practice in the Supreme Court of Western Australia.

Priya’s work with Indian entrepreneurs and venture capital funds has yielded tangible value with founders accessing leading programs in the U.S. like Y-Combinator and investors getting visibility of great founders and deals.

Priya calls on her experience, expertise and connections to champion a more inclusive innovation economy. She works closely with community leaders, including Change Catalyst, Kapor Capital, and YC Female Founders. She sits on the board of directors at non-profits Big Brothers Big Sisters and Women Who Code – an organization dedicated to helping women excel in technology careers. As a venture partner at Xfund, Priya connects VC firms with superior research universities and advisor at Entrepreneurship at Cornell University.

Priya co-created the Diaspora Community initiative at SVB and is a charter member of TiE, a nonprofit focused on nurturing the next generation of entrepreneurs with Indian ties.

Prior to joining Global Gateway, Priya was a Director in our early stage practice (Startup Banking) where she led university programs and SVB Trek for student entrepreneurs. Leading to partnerships with Dorm Room Fund, The House Fund, Stanford Venture Studio and Rough Draft Ventures.

Priya’s career at SVB Financial Group began as a global group financial officer, a pivotal role in the Finance team. Earlier in her career, she held financial management positions at Charles Schwab and Enterprise Rent-A-Car. In addition to a bachelor’s degree from the University of Madras and a master’s degree in international business from Queen’s University, Priya holds an MBA in business administration from Cornell University and a California CPA in accounting and business administration.