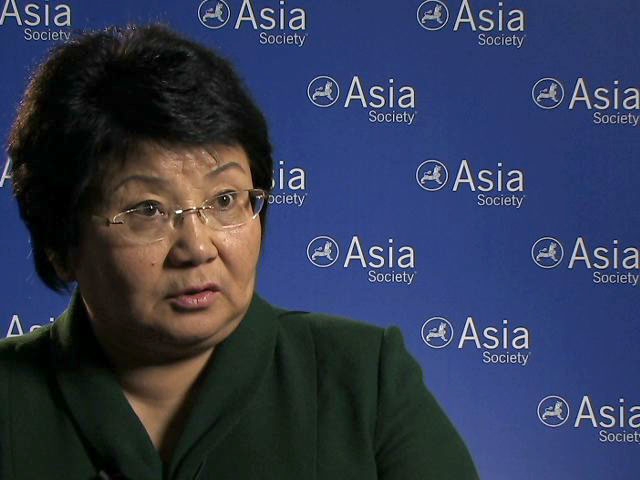 Kyrgyzstan is entering a new chapter in its history. The first peaceful transition of power is taking place on December 1 after years of political turmoil.

Nearly 500 people were killed in ethnic violence between Kygrz and Uzbeks in the wake of the ousting of President Kurmanbek Bakiyev in 2010. Roza Otunbayeva took over from Bakiyev and stepped in to manage the crisis until fair elections took place. U.S. Secretary of State Hillary Clinton called Otunbayev an "international woman of courage.”

The president spoke at Asia Society New York yesterday on the country’s political transition and its role in the world. (Watch the complete program here.)

Following the discussion with Reuters Senior Correspondent and former Asia Society Bernard Schwartz Fellow Philip Shishkin, Otunbayeva spoke in our studio about how she deals with her Central Asian neighbors and plans after the transition. (3 min., 40 sec.)