[WEBINAR] BTS and Beyond | Asia Society Skip to main content

[WEBINAR] BTS and Beyond

They will share their thoughts about the record-shattering success of global K-pop superstars like BTS and Blackpink, the expanding influence of South Korean soft power, and beyond. The conversation will be moderated by Bernie Cho, President of DFSB Kollective and music entertainment executive himself. 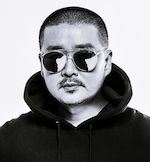 Jae Chong is an Asian superproducer with over 70 million albums sold worldwide. He's written and produced hit singles for Mando-Pop supernovas like Coco Lee and A-mei, and several K-Pop stars who are household names in Asia like Kim Gun Mo and JYJ. Jae Chong whose work as a musician and producer is well known in the Asian music scene, has written and produced for many artists such as L.A. Boyz, Stanley Huang, Shin Hwa, Aziatix, Royal Pirates, Hyun-A, etc.
Chong's professional music career started in Los Angeles during the early 1990s, producing local rap groups such as Baby G, The Funky Few, and Soul Selection. He is one of the three members of the group, Solid (as well as the writer and producer), which was the first R&B group in South Korea with record sales exceeding 4 million. Chong then shifted his focus to the Asian music scene by writing and producing songs for various artists in Asia. He went on to write and produce for many international artists like Coco Lee, Kim Gun-mo, Shin Seung-hun, Stanley Huang and L.A. Boyz.
In 2003 he also took part in launching the first hip hop entertainment company in Taiwan, MACHI Entertainment. He was also the first Korean American ever to be nominated for the Best Producer of the Year at the Golden Melody Awards and won various awards for albums, two of which were Stanley Huang and Nicky Lee who won the Best Male Artist of the Year award at the 2005 and 2006 Golden Melody Awards respectively. In 2010, he helped coordinate the collaboration project between JYJ, Kanye West, and Rodney Jerkins. In 2011, he founded the hip-hop/R&B group Aziatix. 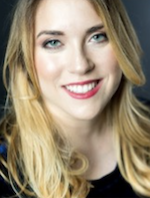 Tamar joined the South China Morning Post (SCMP) in 2020 after years of covering K-pop and related content for outlets such as Billboard, Forbes, and NBC News. She released her first book, “BTS: Blood, Sweat & Tears,” in August 2020, and can be seen in the K-pop episode of Vox’s Explained on Netflix.
She is a managing editor and co-founder of Kultscene, a website dedicated to creating unique content for fans of the Korean entertainment industry. She is also a regular contributor to numerous other media outlets such as The Hollywood Reporter, Vulture, and The Village Voice. Between 2014 and 2015, Tamar worked at NBC 4 New York as the early AM news show production assistant, producing weekly segments aimed at local communities.
Tamar earned her BA in East Asian Studies with a focus on Korean culture, entertainment and business practices from the Macaulay Honors College, CUNY. Her minors were History, Korean and Business and Liberal Arts (BALA). She is proficient in Korean and Hebrew. 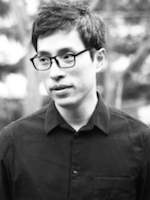 Youngdae Kim is a music critic and ethnomusicologist, who serves as a member of the Selection Committee for the Korean Music Awards. Kim holds a Ph.D. in Ethnomusicology from the University of Washington, Seattle.
Born and raised in Seoul, South Korea, he moved to Seattle in 2007 where he has been studying music while closely observing American pop music trends and the development of global K-pop sensation for over a decade.
Kim has contributed his critical articles to both Korean and American media outlets, including Vulture, MTV, and the Hankyoreh, and appeared on numerous TV shows, podcasts, and public/academic lectures.
He is the author of multiple publications in Korea, including BTS The Review: The Comprehensive Look at the Music of BTS and Korean Hip-hop: The Footprints of its Passion. 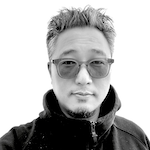