Transformation of the Former Explosives Magazine

Located at 9 Justice Drive,  The Asia Society Hong Kong Center at The  Hong Kong  Jockey Club Former Explosives Magazine combines new construction with four former military buildings. Three of these buildings are listed as Grade 1 Historic Buildings and are part of the Former Explosives Magazine Compound. The compound was an integral part of the British military lands and as one of the few remaining sites, it is an important tangible link to Hong Kong’s past.

The former Explosives Magazine Compound was built by the British Army in the mid-19th century to prepare and store explosives. Within this site, gunpowder was processed, packaged, stored and issued to defensive locations throughout Hong Kong. In the beginning of the 20th century, the site was expanded and taken over by the Navy. By the  middle of the 20th century, it was being used by the British Government for storage, until the 1970s when it became a depot. After the 1980s, the site was not used until it was granted to the ASHK Center by HKSAR Government for adaptive reuse.

Revitalized with funds generously donated by The Hong Kong Jockey Club Charities Trust and other local and international individuals and organisations, the ASHK Center combines heritage conservation with a distinctive modern aesthetic that has created a dynamic complex allowing the Center to extend our educational programs to the larger community.

On the upper ground level of The Pavilion, behind the reception area, The Hong Kong Jockey Club Hall is a large multi-purpose function hall that can accommodate up to 240 people, banquet style, as well as provide space for lectures, seminars and receptions.

An exterior staircase leads from The Pavilion up to the stunning Joseph Lau Roof Garden. Set against the Admiralty skyline, the roof garden is a place for quiet contemplation and an ideal outdoor venue for the center’s program for the public.

Adjacent to the reception area on the upper ground level of The Pavilion, the Visitor Center presents a permanent exhibition on the history of the Asia Society Hong Kong Center and the transformation of The Hong Kong Jockey Club Former Explosives Magazine.

Located on the lower ground level of The Pavilion, the Asia Society Store offers visitors an array of stimulating products and publications, including innovative products designed by local Hong Kong artists.

Constructed of brick, Former Magazine B was added to the compound between 1905 and 1907. Similar to Former Magazine A, it was previously used for storing ammunition. Today, it has been converted into a 100+ seats facility for a variety of creative programs.

Constructed of local granite and built between 1863 and 1868, Former Magazine A is among the oldest remaining military buildings from the colonial period in Hong Kong. Previously used as an explosives storage facility, today, it has been converted into the Asia Society Gallery (Former Magazine A).

One of the two meeting rooms in the Starr-Greenberg Building (Former Laboratory), suitable for intimate reception with round-table setting for up to 12 guests.

One of the two meeting rooms in the Starr-Greenberg Building (Former Laboratory), suitable for small-medium sized luncheon event with round-table setting for up to 48 guests. 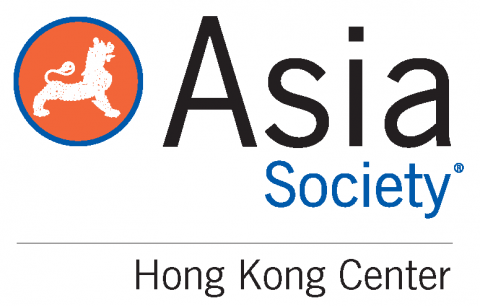