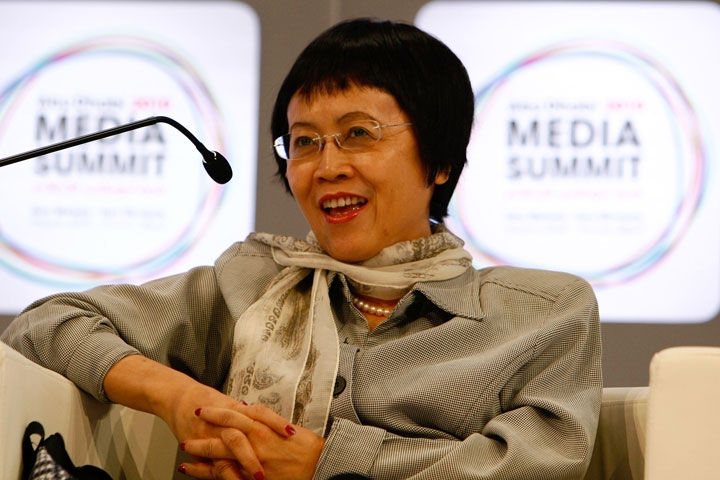 HONG KONG, Apr 28, 2010 - The Asia Society Hong Kong Center hosted a dinner with Hu Shuli, Chief Editor, Caixin Media and Dean of the School of Communication and Design at Sun Yat-sen University, during which Hu shared her thoughts on the prospects for China's economy and the media on the mainland.

Hu has had an illustrious career in journalism. She established Caijing magazine in 1998, steering it to become one of China's most authoritative business publications. After 11 years as editor, she left in 2009 to establish Caixin Media Company Limited. Hu has also served as chief of financial news at Phoenix TV; as international editor and chief reporter for China Business Times; and as international editor and reporter for Workers' Daily.

Hu has been recognized internationally for her journalistic achievements, having been named one of the "Top 100 Global Thinkers" by Foreign Policy in 2009. She received the 2007 Louis Lyons Award for Conscience and Integrity in Journalism from the Nieman Foundation at Harvard University. In 2006, the Financial Times named her the most powerful commentator in China, and The Wall Street Journal cited her as one of the "Ten Women to Watch" in Asia.

Hu graduated in journalism from the People's University of China; studied development economics as a Knight Journalism Fellow at Stanford University, and earned an EMBA through a program hosted by Fordham University and the China Center for Economic Research at Peking University.