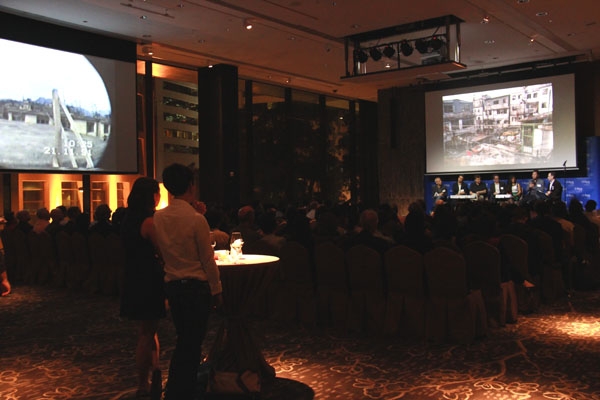 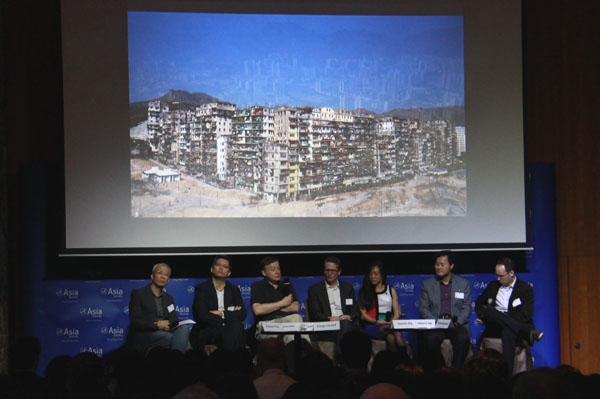 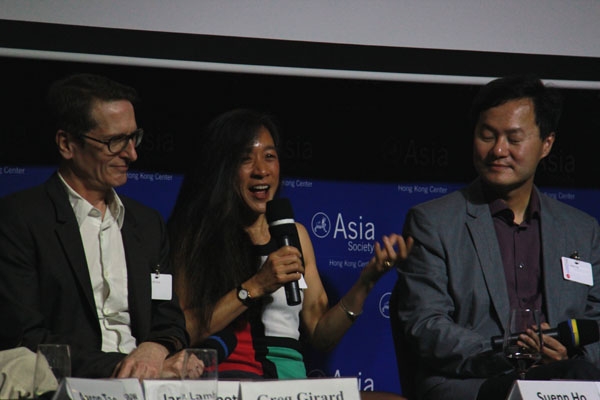 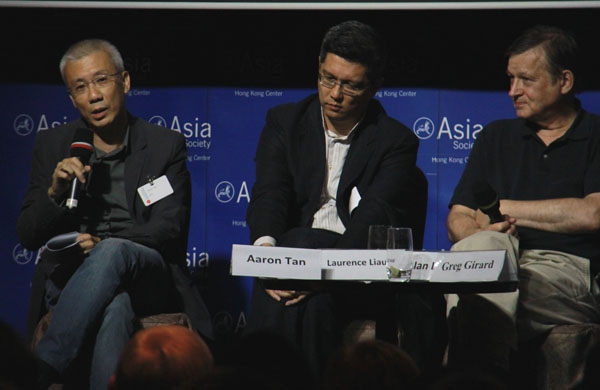 HONG KONG, November 12, 2013 — In a roundtable discussion in commemoration of the 20th anniversary of the Kowloon Walled City's demolition, the panel revisited the site's history, its unique spatial development and its legacy for people today, moderated by Cole Roskam, Assistant Professor, Department of Architecture, University of Hong Kong.

The discussion started with sharing by Reverend Dr. Albert Ng, a former resident in the Kowloon Walled City, "The reason we moved into the Walled City was the relatively cheaper price. Living in the Walled City is not romantic at all. Every day I walked through those dark alleys (while) water was dripping all the time. We learned our basic skills living there." On the other hand, he missed the close relationship in the community under the tough living condition.

Photographer Greg Girard and Ian Lambot, an architect and a photographer, then explained where their interest came from. Ian started his photograph project as a formal architectural one when he heard of the clearance, and soon realised the charm of the site, "The more time you spent there, the more fascinating things you found. As an architect, you can tell that many people can possibly live that close together and it worked for 40 years."

Then Girard met Lambot who was also taking photos of the site. "I was feeling very unwelcomed when I started (photographing there). Little by little I started getting accepted. After the announcement (of the clearance), people instinctively understood I was there to document the place," said Lambot. Girard and Lambot are co-authors of the book City of Darkness: Life in Kowloon Walled City.

Suenn Ho, Principal Director of Suenn Ho Design and Adjunct Professor of Architecture, University of Oregon, recalled how she began her post-graduate research in Columbia University on the site, where she was forbidden to go by her mother, "I was at the library and there was the New York Times with the Walled City on the front page. This is the place my mother told me anyone decent would not go in. I was thinking, 'If this is such a horrible place, why did people do not want to leave?'" Ho found the site was more than an architectural study topic when worked on her research project and gradually built up connections with the residents.

Laurence Liauw, Principal Director of SPADA Limited, and author of the book FARMAX: Kowloon Walled City FAR 12, found the Kowloon Walled City actually a reflection on the typical living condition in Hong Kong, "As an architect, I was really interested to see how the structure was compressed together. People there got an average of four square meters per person, about half the size of a U.S. jail cell." Liauw found it very extreme, but realized nowadays people in Hong Kong are actually paying more for smaller spaces.

The Walled City was so interconnected that the demolition could not depend on explosion. Aaron Tan, Director of RAD, a planning, architecture and design office in Hong Kong, who started to get involved in the demolition project at the last phase, revealed, "They literally needed to take it down layers by layers, just like slicing bread. Then I discovered all those sections of the place. There were no architects or training (when building the infrastructure). That was amazing."

"It's life. But we had hope," Ng concluded. People lived there strived to find ways to live in the given reality, just like what the rest of people in Hong Kong do now.