Womenomics: The Advancement of Economics? 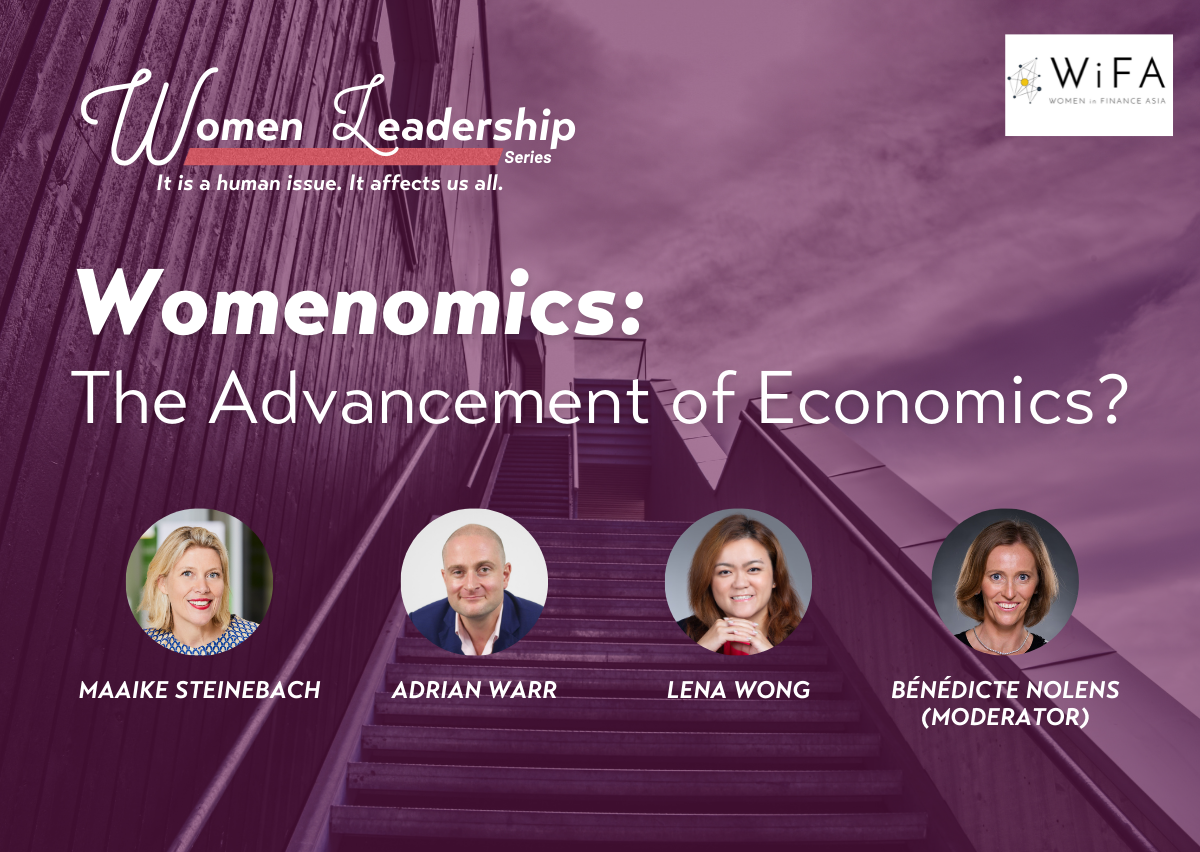 The concept of “Womenomics”, first introduced in Japan eight years ago, aims to increase the female workforce participation rate through diversity-promoting policies from the government and corporates. To enhance female representation at all levels, the government encourages the advancement of the female workforce to address the shrinking workforce, while the corporates accommodate employees for more family-friendly policies.

Yet, with only less than 10% of CEOs in the world are females, what is the progress we have made thus far? What helps to promote more opportunities to female leaders? What are the major concerns that refrain females from staying in the workforce? More importantly, what are the plausible solutions?

ASHK is proud to present a dynamic panel on this topic with Adrian Warr, CEO Hong Kong & Taiwan, & Market Growth Thailand at Edelman and Lena Wong, Founder & Executive Director of Hong Kong Momtrepreneurs and Maaike Steinebach, General Manager for Hong Kong and Macau at Visa, This discussed will be moderated by Bénédicte Nolens, Head of the BIS Innovation Hub, Hong Kong Centre.

Adrian Warr is CEO Hong Kong & Taiwan, & Market Growth Thailand at Edelman. He leads Edelman Hong Kong and Taiwan as well as the newly formed Thailand office. He is a communications consultant whose work in New York, London and Hong Kong with some of the world’s best consultancies has given him experience in corporate, crisis, branding, marcomms, employee engagement, public affairs and digital marketing.
Adrian has been lucky enough to work with amazing people whose names he will happily drop at the first opportunity, including the leaders of companies like HSBC, Cathay and Mars as well as individuals such as Kofi Annan, Cherie Blair and Princess Christina of Spain.
Over the years his clients have included Samsung, Google, eBay, Coca-Cola, Tencent, Pepsi, Cathay Pacific, United Airlines, BAA, Warner Music, National Grid, CLP, MTR, London 2012, The UN, Wrigley, KFC, McDonald's, Pizza Hut, EY, GE, American Express, ArcelorMittal, Paul Hastings, Latham & Watkins, Denton Wilde Sapte, KPMG, and Boston Consulting Group.
Adrian is on the board of The Hong Kong International Literary Festival. He is also a Co-Chair and a founding member of The Male Allies.
Adrian is an Oxford graduate in modern languages and literature, with a BA and MA in French and Italian. Which is of limited use in Hong Kong, Taiwan and Thailand.

Lena Wong is the Founder & Executive Director of Hong Kong Momtrepreneurs and the Co-founder of Womentors.
Lena brings with her a combined experience in finance and social impact.   Graduated from Simon Fraser University, Canada with her BBA in Finance and Marketing, she started her career as a financial analyst in Hong Kong.  Following that she served in number of asset management firms specializing in serving HNWI and institutional clients then she furthers herself by obtaining the qualification as a CFA charterholder.
With the arrival of her first child, Lena decided to invest the first few years focusing on the family and eventually landed herself into the social innovation space by founding Hong Kong Momtrepreneurs, a non-profit organization that empowers mothers to continue having their venture.  She has also later founded a new venture Womentors to build better workplaces for companies and professional women.
Alongside her consultancy business, she is also leading the pre career initiatives for 100 Women in Finance in Hong Kong.  Over the years, she has developed strong passion in sustainability especially on gender equality and diversity & inclusion and she is very active serving herself as committee member and advisor in a number of organizations such as HK Association of Business and Professional Women and Junior Chamber International.
A mother of two girls, Lena is passionate to build a more empathic world with more gratitude for our next generation.   In her leisure time, she enjoys having a sip of coffee or wine with friends and eager to learn.

Maaike Steinebach is Visa's General Manager for Hong Kong and Macau. She is responsible for the full business operations, strategy development and management of Visa’s businesses in the two territories. She is also the founding member of the FinTech Association of Hong Kong.
Maaike brings more than 20 years of experience working in institutional, commercial and private banking in Europe, Asia, and Greater China.
Before joining Visa, Maaike served for five years as Country Executive of Commonwealth Bank of Australia, and before that as Country Executive for ABN AMRO and Regional Head Asia for the corporate bank. Prior to Hong Kong, Maaike spent five years based in Shanghai as Country Manager for Fortis Bank Greater China.
As founding member of Women in Tech HK and Women Chief Executive Group HK, Maaike is active in the advocacy for full and equal participation of women and girls in Hong Kong economy and society. She is also an active member in the fintech community in Hong Kong and the Greater Bay Area.
Maaike has a Master’s degree in Economics from the University of Amsterdam.

Bénédicte Nolens is the Head of the BIS Innovation Hub, Hong Kong Centre. Prior to this appointment, she was a managing director at SC Ventures, the innovation arm of Standard Chartered Bank that leads a series of new ventures across digital banking, banking as a service, SME finance and blockchain. From 2018-2019, she was the Vice President of International Government Relations at Circle, involved in the evolution of blockchain and digital assets. From 2012-2018, she was the Head of Risk & Strategy of the Hong Kong Securities and Futures Commission (SFC), and in that capacity also acting as the Vice Chair of the Committee on Emerging Risks and the Fintech research lead for the International Organization of Securities Commissions (IOSCO). From 2007-2012, she was a managing director at Credit Suisse and before that from 1997-2007 she was an associate and executive director at Goldman Sachs. Originally from Belgium, she holds LL.M. and M.B.A. degrees from the University of Chicago and the University of Leuven. She is admitted to the New York Bar since 1999. In 2016, she was a recipient of the China Daily Asian Women Leadership Awards for her efforts related to entrepreneurship, innovation and charity. She remains closely engaged in these topics, most recently through her involvement in the Fintech Association of Hong Kong (FTAHK) and Women in Finance Asia (WiFA) (Moderator). 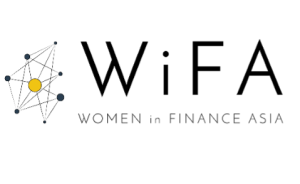 The mission of enhancing diversity and inclusion is a necessary component for us to accomplish collectively. So as to inspire the leaders of tomorrow and different generations of what is possible, Asia Society Hong Kong Center presents the Women Leadership Series, in which female and male role models embodying courage and strength are invited to shed light on the boundless possibilities and respected qualities that leaders possess.

Got Questions? Ask them here in advance (beginning September 30st) or during the program:
https://app.sli.do/event/w1vrnqyt (code: #Womenomics)