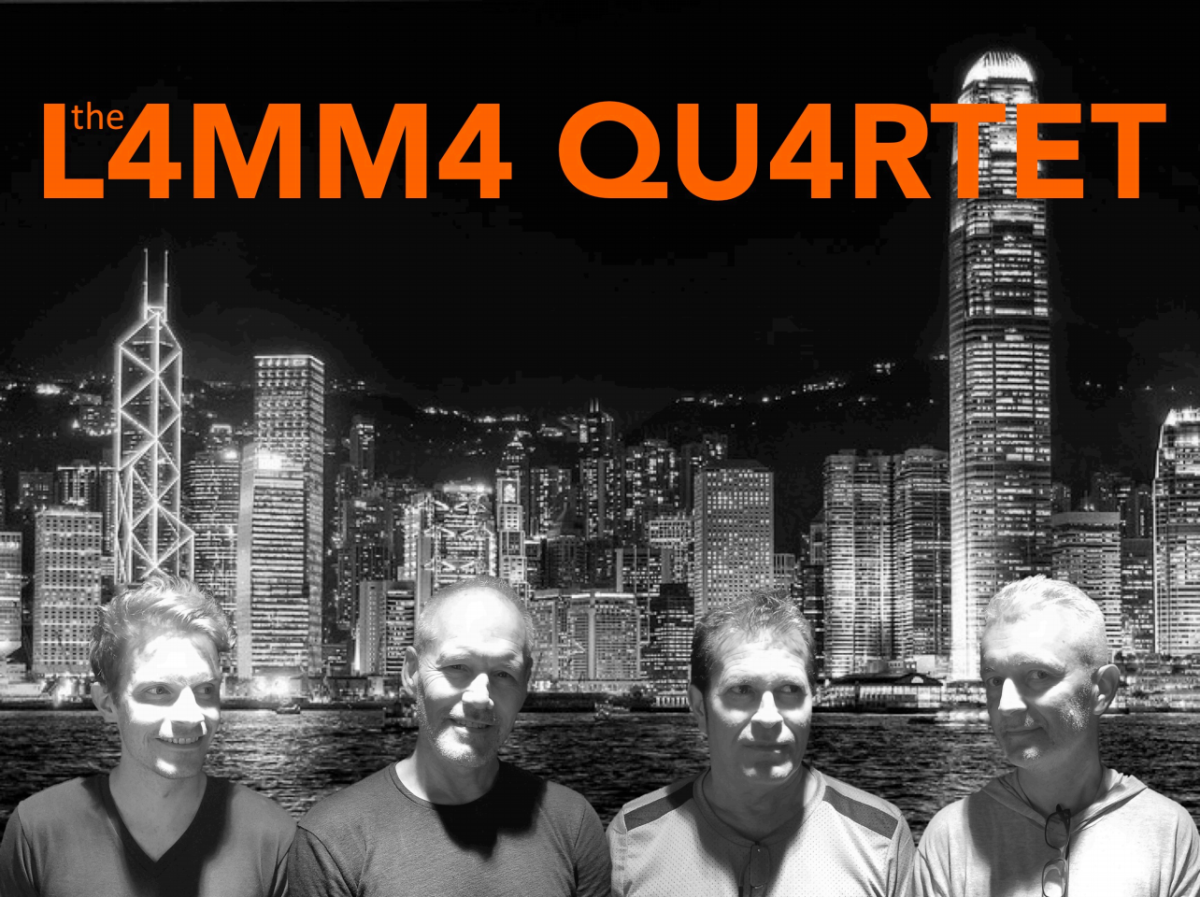 The Lamma Quartet is a jazz ensemble, playing the compositions of established masters, as well as originals. Tight-knit danceable rhythms meet with spacious and thoughtful melody in dynamic four-way conversations. The concert is ideal for home audiences who enjoy intelligent listening and groovy fun.

Born into a New York jazz dynasty, Andrew studied percussion and jazz at the Oberlin Conservatory in the USA. He also studied with leading New York players Clarence Penn on drums and Chris Dingman on vibraphone and has played professionally in Asia since 1998, leading bands in Beijing and Hong Kong. A rare and sensitive listening percussionist, his progressive approach to musical invention draws upon a deep connection with the jazz tradition, strong rhythm with a broad vocabulary of texture, and an instinct for lyrical adventure.

Originally from outside Chicago, Illinois, Jimmy has been working consistently as a professional musician on both bass guitar and upright bass since 2012. He studied music at Knox College, Illinois, USA, where he performed for three years as part of the award-winning Cherry St. Jazz Combo. Since arriving in Hong Kong, Jimmy has established a glowing reputation on the club circuit, at ease performing a wide variety of styles. He brings this experience together in a broad improvisational vocabulary, an intelligent approach and an extraordinary fluency.

Born in Sydney, Stephen studied music at the Australian National University in Canberra. He has build on this foundation and developed a natural feeling for genres from Blues, Funk, Latin and Jazz to Country Music, touring widely here and abroad including Singapore, Thailand, Samoa, Brazil, Australia (notably the Manly Jazz festival during Sydney Olympics 2000) and holding down successive residencies in the Middle East. Stephen has co produced recording projects Espirito Do Brasil, Flute Journeys and Tico Tico. He listens deeply and brings a great searching intensity to his inventive and lyrical playing.