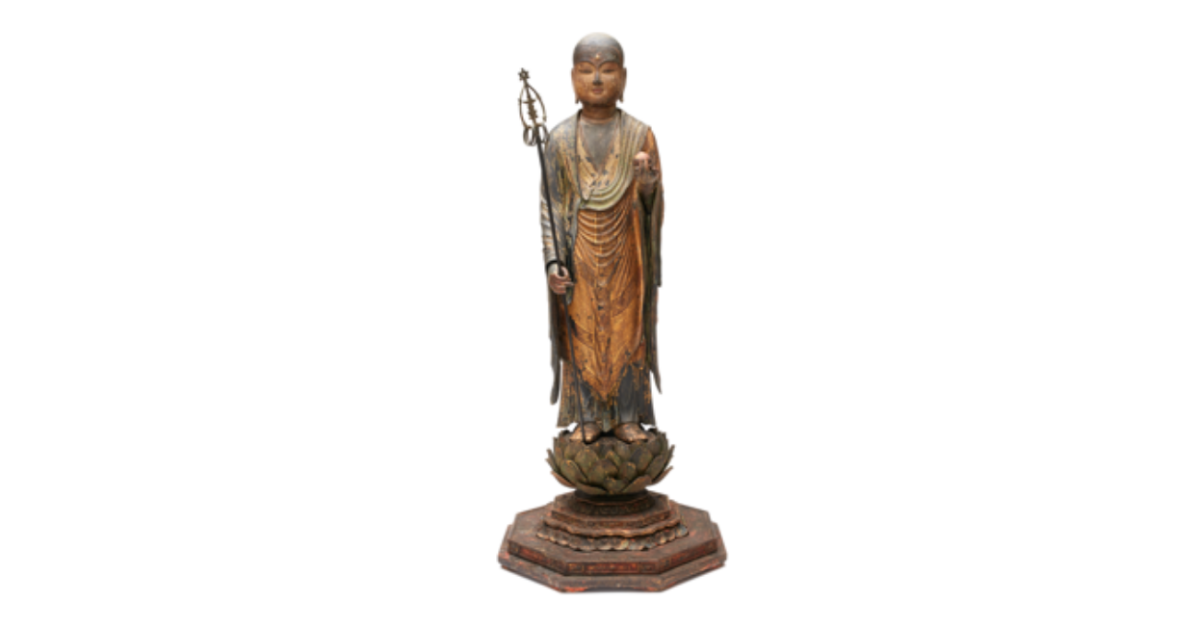 ASHK is excited to announce our new program series At Home with ASHK: Museum Webinar Series which will bring international museums into the heart of your home through conversations with some of the best and brightest museum names across the globe. Hear about the ways in which they have persevered and adapted to remain sustainable, learn the long term implications these changes will have going forward on their collections and exhibitions, and take a sneak-peak and behind the scenes look at some of the exceptional shows that have been closed to the public eye.

Our inaugural program brings you Adriana Proser, Asia Society New York’s former John H. Foster Curator of Traditional Asian Art. During Adriana’s sixteen years of contribution to ASNY she has curated dozens of exhibitions on traditional Asian art on which she will be offering her enlightening artistic insights and challenges faced. She will speak about her favorite exhibitions, how she kick-started her career in the arts, and talk about the Rockefeller collection and the various ways it has been curated in order to show it in different lights over the past 16 years. Adriana will also share her plans for the future at the Walters Art Museum. She will be joined in conversation by ASHK’s Executive Director S. Alice Mong and publisher of Orientations Magazine, Yifawn Lee.

Got questions? Ask them here:

On May 30, 2020 Adriana Proser takes on the role of Mr. and Mrs. Thomas Quincy Scott Curator of Asian Art at the Walters Art Museum, Baltimore. A specialist in Chinese art, over the last sixteen years as John H. Foster Curator of Traditional Asian Art at Asia Society, New York, she organized and co-organized over forty-five exhibitions featuring diverse works from all over Asia. Her publications include Treasures of Asian Art: The Asia Society Museum Collections with Denise Leidy and Michelle Yun (Asia Society Museum and Delmonico, Prestel, 2016)  and Pilgrimage and Buddhist Art (Asia Society Museum and Yale University Press, 2010), for which she served as editor and contributor. She is recipient of a Ph.D. in Chinese art and archaeology from Columbia University. Proser was formerly Assistant Curator of East Asian Art at the Philadelphia Museum of Art.

Yifawn Lee is the publisher and editor of Orientations, a scholarly magazine for collectors and connoisseurs of East and Southeast Asia, the Himalayas and South Asia founded in 1969. After finishing her studies, she worked in finance and later joined Orientations in 2008. In 2014, she founded Asian Art Hong Kong as a platform to provide art-related lectures and events. In 2018, she helped organize ‘The Blue Road: Mastercrafts from Persia’ at Liang Yi Museum and ‘From Two Arises Three: The Collaborative Works of Arnold Chang and Michael Cherney’ at The University Museum and Art Gallery of the University of Hong Kong. She currently sits on the advisory board of Liang Yi Museum and on the executive committee of the Friends of Hong Kong Museum of Art.

Online
Thu 21 May 2020
9:30 - 10:30 p.m.
Hong Kong Time
Calculate your local time »
Register Now
Free Admission on Facebook
20200521T213000 20200521T223000 Asia/Hong_Kong Asia Society: [WEBCAST] In Conversation with Adriana Proser – Asia Society New York & the Walters Art Museum Our new series will bring international museums into the heart of your home through conversations with some of the best museum names across the globe. This week, we talk to Adriana Proser from Walters Art Museum and Asia Society New York.