Siddharth Tiwari, Chief Representative of the Bank for International Settlements for Asia 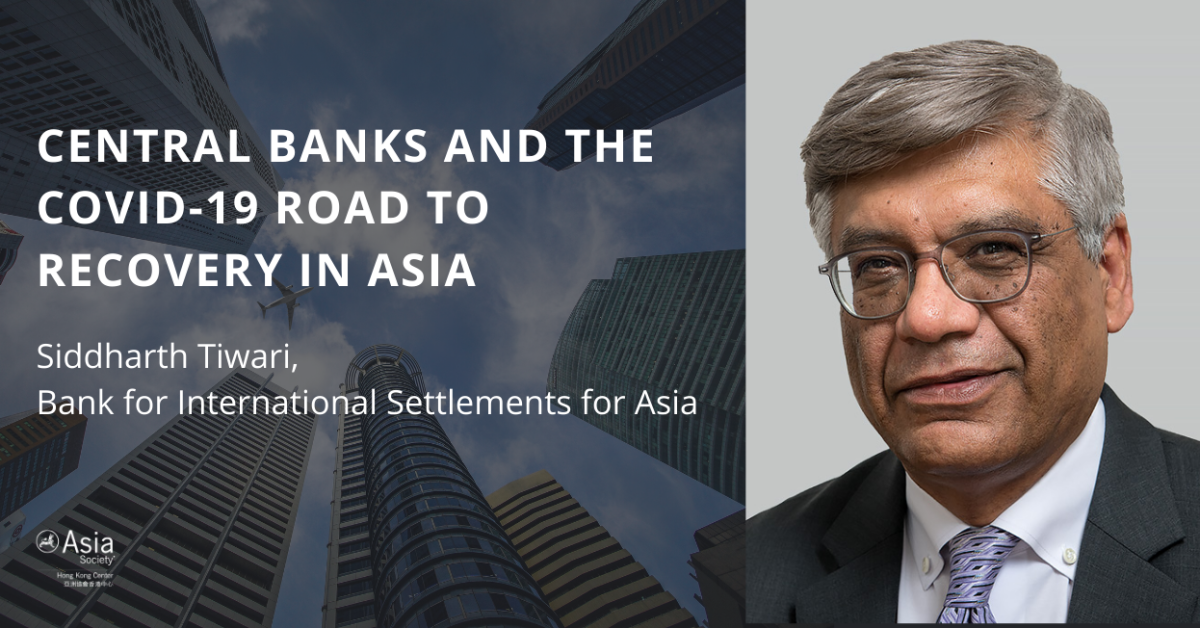 As of early June, COVID-19 has infected more than 7 million people worldwide. In spite of a global response that has encompassed case, community and travel-related measures, over 400,000 lives and counting have been lost. This crisis—like no other crisis—has led to a sharp economic contraction and shocked the global financial system. The International Monetary Fund has warned that the Covid-19 pandemic may trigger the worst recession since the 1930s Great Depression. Central banks have been at the forefront of an unprecedented response to provide liquidity to unfreeze markets and thereby support the real economy. The use of a wide array of tools has been successful in supporting financial and economic stability. But this crisis is not yet over. What are central bank priorities in the period ahead? How will Asia navigate the serious financial and economic headwinds and will this be complicated by trade tensions? In what ways can coordination among Asia’s policymakers help to address the challenges posed to the region? In what was seen as an Asian century, what will a post Covid-19 world look like for Asia and its economic recovery? Join Siddharth Tiwari, Chief Representative of the Bank for International Settlements (BIS) office for Asia and former long-time veteran of the IMF as he unpacks the latest thinking and insights from the seat of the world’s “Bank for Central Banks”. Ronnie C. Chan, Chairman of Asia Society Hong Kong Center, will moderate the discussion.

Siddharth Tiwari is the Chief Representative of the Bank for International Settlements(BIS) office for Asia. For over 3 decades, he has been a thought leader, global policy maker and a member of senior management teams in large, complex, global financial institutions, including the IMF, and his work has spanned across 5 continents. At various phases during his career, he has been responsible for leading the strategy and design of global financial architecture; directing policy and lending operations; managing a large international Board of Directors; implementing deep institutional restructuring; heading multi-billion dollar investment committees;  managing billion-dollar budgets; and serving a term in a senior academic appointment. With substantial experience in Asia, Mr. Tiwari has led engagement between and within international bodies, public sector, think tanks, philanthropies, civil society, financial markets, and academia, guiding institutions and designing public policy to adapt to changing global needs.  Mr. Tiwari holds degrees in Economics from the University of Chicago, the London School of Economics and the University of Delhi.

Ronnie C. Chan is Chairman of Hang Lung Group Ltd. and its subsidiary Hang Lung Properties Ltd., both publicly listed in Hong Kong. The Group expanded into Mainland China in 1992, developing, owning and managing world-class commercial complexes in key tier one and tier two cities. He founded and chairs the China Heritage Fund, is Co-Founding Director of The Forbidden City Cultural Heritage Conservation Foundation, Beijing, and is former Vice President and former Advisor of the China Development Research Foundation in Beijing. Mr. Chan is a Fellow of the American Academy of Arts and Sciences, Chairman Emeritus of Asia Society and Chairman of the Asia Society Hong Kong Center, and Founding Chairman of the Centre for Asian Philanthropy and Society. He serves or has served on the governing or advisory bodies of several think tanks and universities, including Peterson Institute for International Economics, World Economic Forum, East-West Center, Pacific Council on International Policy, Eisenhower Fellowships, The Maureen and Mike Mansfield Foundation, University of Southern California, Indian School of Business, Yale University, Tsinghua University and Fudan University.

About the Bank for International Settlements

The Bank for International Settlements (BIS) is often referred to as the “banks for central banks”. Its mission is to serve central banks in their pursuit of monetary and financial stability and to foster international cooperation in those areas. Celebrating its 90th anniversary this year, the BIS is owned by 62 central banks, representing countries that together account for about 95 percent of global GDP. Its head office is in Basel, Switzerland and it has two representative offices: in Hong Kong SAR and in Mexico City. As part of its work on monetary and financial stability, the BIS regularly publishes analyses and international banking and financial statistics that underpin policymaking, academic research and public debate.

Click for directions
Register Now
20200715T123000 20200715T140000 Asia/Hong_Kong Asia Society: [WEBCAST] Central Banks and the COVID-19 Road to Recovery in Asia Join Siddharth Tiwari Chief Representative of the Bank for International Settlements (BIS) office for Asia and longtime veteran of the IMF as he unpacks the latest thinking and insights from the seat of the world’s “Bank for Central Banks”.