[Virtual Screening] Treasures From the Wreck of the Unbelievable 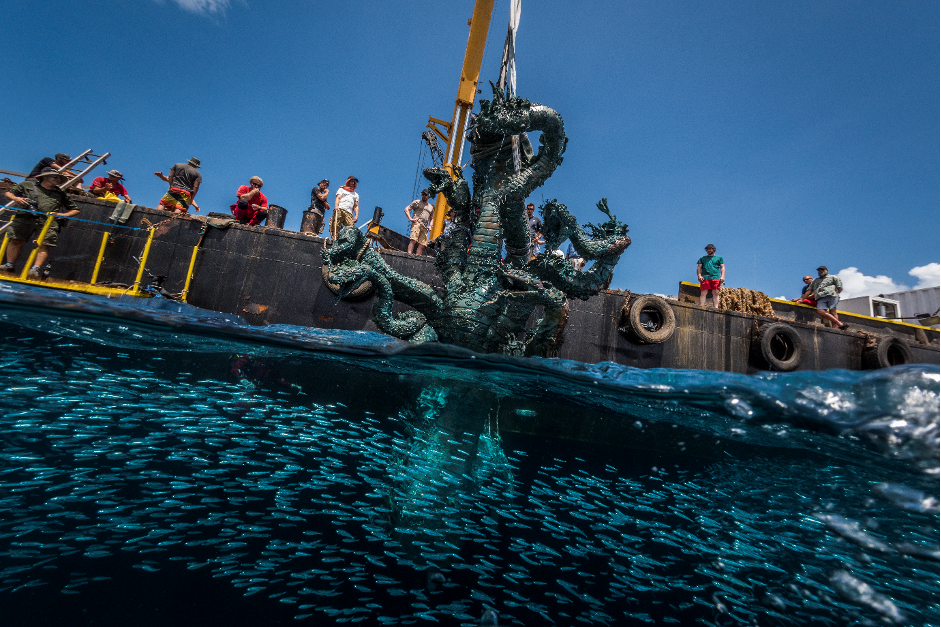 ‘Hydra and Kali’ being lifted out of the water. Photographed by Christoph Gerigk
© Damien Hirst and Science Ltd. All rights reserved, DACS 2021

Due to the latest social distancing measures, our center is currently closed. This program is now online.
Sold out.

Coinciding with the opening of Damien Hirst’s solo exhibition His Own Worst Enemy at White Cube Hong Kong, the artist’s acclaimed film Treasures from the Wreck of the Unbelievable will be screened at the Asia Society Hong Kong Center on 2 December 2021 and 7 January 2022.

This is the first time Treasures from the Wreck of the Unbelievable (2017) has been shown in Asia. The film chronicles the extraordinary backstory behind Hirst’s eponymous exhibitions at the Punta della Dogana and Palazzo Grassi in Venice, 2017, which were over 10 years in the making and revolved around the unearthing of the wreck of a large ship, the "Unbelievable" ("Apistos" in the original Koine Greek).

Directed by Sam Hobkinson and produced by Nicolas Kent, the film gets to the bottom of Hirst’s mission, following a team of archaeologists and divers to the trove of cargo where the story began.

Damien Hirst: His Own Worst Enemy, is on view at White Cube Hong Kong until 8 January 2022, and features sculptures from the Treasures series, as well as the artist’s new group of paintings, The Revelations.