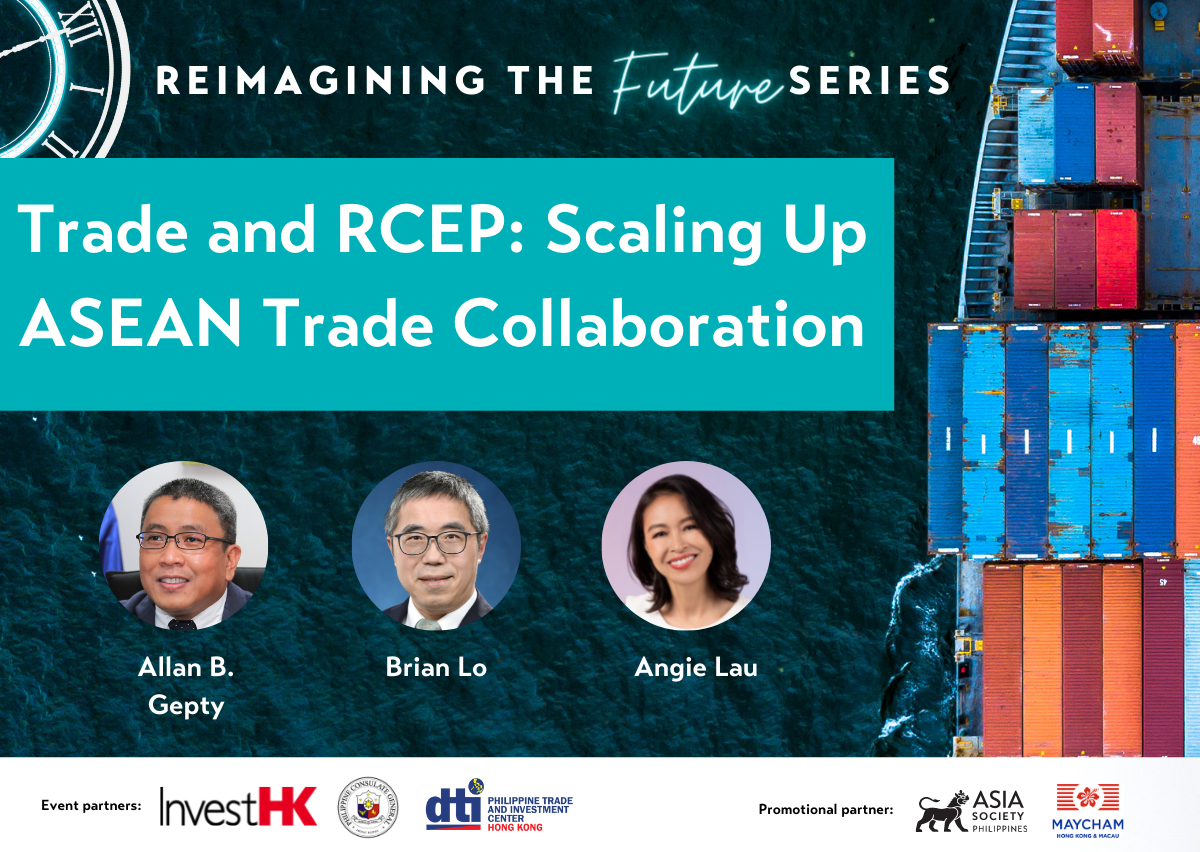 The Regional Comprehensive Economic Partnership (RCEP) covers nearly 30% of the population, making it the largest free trade partnership. RCEP lowers tariffs and cuts its members’ red tape thereby promoting trade flow in the region. RCEP further enhances the participation of manufacturing, investments, and raw materials trading among other activities. In the recovery of the economy during COVID-19, trade continues to play a key role in preparing the economy to bounce back. Hong Kong itself has close economic ties with RCEP members, including ASEAN, Japan, Korea, Australia and New Zealand. But what is the future of its regional trade relations?

On the regional level, RCEP reinforces countries’ relations and connects policymakers on the international stage. Through the Reimagining the Future series, we hope to shed light on the future of Hong Kong and global development and to promote interactions between government officials from different countries. This program, in partnership with The Philippine Consulate General in Hong Kong, will focus on the future of RCEP and the role of Hong Kong in the ASEAN network.

ASHK is proud to present a panel on this topic with Allan B. Gepty, the Assistant Secretary for Industry Development and Trade Policy at the Department of Trade and Industry Philippines and Brian Lo, Director-General of Trade and Industry of the Hong Kong Special Administrative Region of China. This discussion will be moderated by Angie Lau, Editor-in-Chief, CEO, and Founder of Forkast.News.

Allan B. Gepty is currently the Assistant Secretary for Industry Development and Trade Policy at the Department of Trade and Industry. His main portfolio is international trade policy and trade negotiations at the bilateral, regional, and multilateral level. Recently, he served as the country’s lead trade negotiator in the Regional Comprehensive Economic Partnership (RCEP) Agreement, considered as the largest free trade deal in the world. He also serves as the country’s Senior Economic Official at the ASEAN.
Prior to his appointment, he was a Commissioner of the Philippine Tariff Commission. He also served as Deputy Director General of the Intellectual Property Office (IPO) of the Philippines from 2010 to 2017.
He is a member of the Supreme Court Sub Committee for the Revision of the Rules of Procedure for Intellectual Property Rights Cases.
He is a lawyer by profession with diverse experience in the field of international trade, intellectual property, public international law, commercial law and litigation.
He is a graduate of the Advanced Management Program at The Wharton Business School, University of Pennsylvania, U.S.A.,He finished his law degree from the San Beda College, Manila in 1997, and his Master of Laws degree from the University of Santo Tomas, España, Manila, where he graduated Summa Cum Laude. He also holds a Bachelor’s Degree in Commerce major in Economics from the same university, where he graduated Cum Laude in 1992.
He is an active member of the Academe both at the College of Law and the Graduate School of Law of various universities.

Brian Lo assumed the post of Director-General of Trade and Industry of the Hong Kong Special Administrative Region (HKSAR) in August 2020 . He heads the Trade and Industry Department in fostering Hong Kong’s international trade relations, implementing trade policies and agreements, as well as supporting Hong Kong’s industries and small and medium enterprises.
Mr Lo has served in various policy bureaux and departments, including the University Grants Committee, the former Transport Bureau, the Innovation and Technology Commission and the Development Bureau. Before taking up the post of Director-General of Trade and Industry, Mr Lo has served as Deputy Secretary for Education and Deputy Secretary for the Civil Service, responsible for the policies of higher education and vocational and professional education and training, as well as civil service appointment and promotion policies respectively.

Angie Lau is Editor-in-Chief, CEO, and Founder of Forkast.News. She is an award-winning veteran journalist who interviews newsmakers, CEOs, and icons, including the exclusive with Li Ka-shing — his first television one-on-one in more than a decade. Angie is a respected thought leader in blockchain technology, leading conversations around the world, including at OECD's Global Blockchain Policy Forum, World Economic Forum, Global Blockchain Business Council / UN General Assembly, Forbes Summit, Binance Blockchain Week, Paris Blockchain Week Summit, Asia Blockchain Summit, and many others.
Before founding Forkast in July 2018, Angie anchored Bloomberg TV’s flagship morning show “First Up with Angie Lau” broadcast globally into 350 million homes, offices and trading floors. Angie’s TED Talk “I Am Not Supposed to Be Here” is now a TED Ed Lesson for its global audience of 6.7 million followers.
Angie is a director on the Executive Committee Canadian Chamber of Commerce of Hong Kong, and is a former two-term President and now senior board member of Asian American Journalists Association Asia Chapter. She is a valued past Correspondent Board Governor at the Foreign Correspondents Club of Hong Kong, and also serves on an advisory board for Journalism Media Studies Centre at the University of Hong Kong. 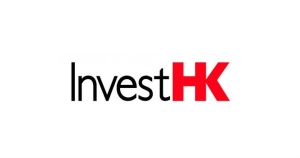 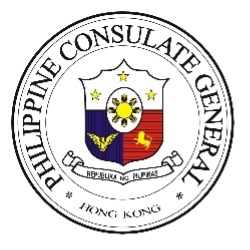 The Reimagining the Future Series

In the face of uncertainties, Asia Society Hong Kong Center has curated the Reimagining the Future Series to examine important issues in the region and the globe.  By  convening  leading  thinkers  and policy makers, we aim to foster city-wide exchanges and encourage discussion on issues affecting our shared  future,  including  trade  policy,  sustainable  economic  models,  culture,  public  health and education etc.

Got Questions? Ask them here in advance (beginning October 15) or during the program:
https://app.sli.do/event/39tu0uoa (code: #TradeRCEP)