State of the Union Breakfast Bingo 2020 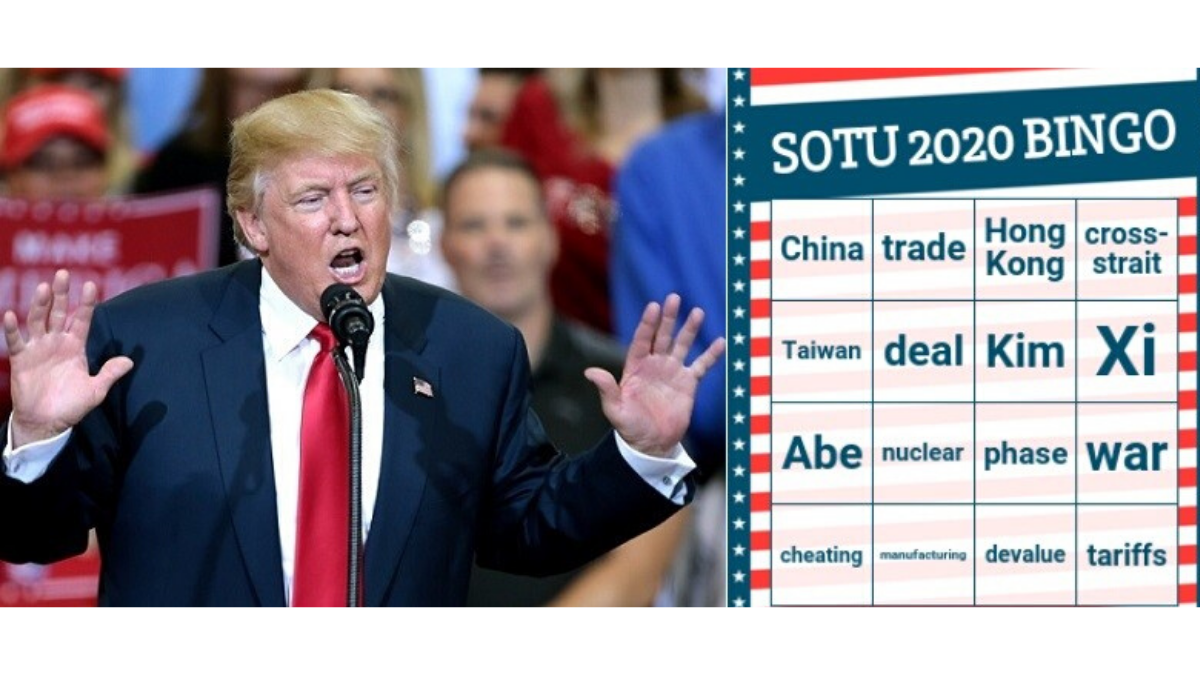 In what political pundits are describing as the most anticipated State of the Union speech ever and one delivered at the start of the new decade, come hear live from America’s 45th President Donald J. Trump and witness history together. Traditionally, the State of the Union Address is an annual message delivered by the President of the United States to report on the state of economic and budget affairs, as well as on future national priorities.  References to foreign policy and the future policy implications for Asia will be high on the minds of the international community given today’s geopolitical undercurrents.  Against this backdrop, we welcome the Hong Kong community to play a round of Word Bingo based on real-time delivery of the State of the Union address where words focused on Asia will serve as the game’s bingo checklist.

Intended to be a truly global community breakfast, members from both sides of the American political aisle and citizens from all around the world are equally encouraged to come and witness history together. With plenty to digest - both in soundbites and savory bites from an included simple breakfast - join us in kicking off this electrifying election year with civic discourse and political perspectives!