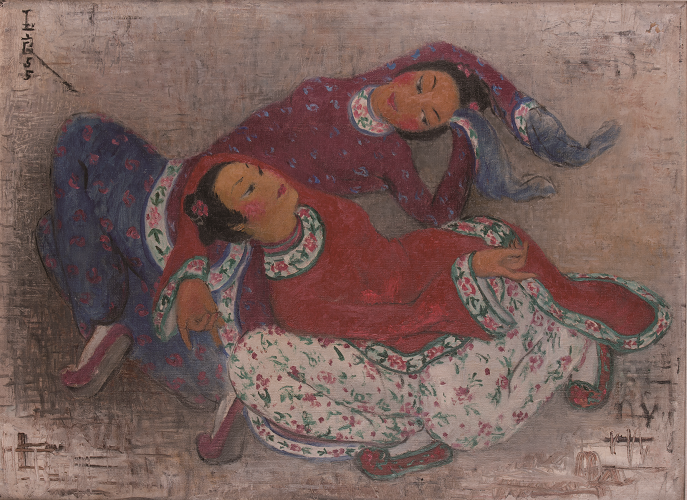 *In Mandarin with English interpretation

Belonging to the first generation of Chinese students to study fine arts in France, Pan Yu-Lin was a pioneer in modernizing Chinese art with western painting techniques. Pan was distinguished for her unique style that synthesized eastern and western sensibilities, as well as her academic contributions as one of the first female art professors in modern China. Her artistry successfully combines the fluid lines of Chinese calligraphy with the western pointillist approach to color, creating a unique and modern aesthetic. Yet despite numerous obstacles and hurdles, Pan devoted her life to art, going on becoming a legacy of 20th century Chinese art. Exhibition curator Eric Lefebvre and Pan Yu-Lin expert Dong Song will discuss her artwork and her contributions to art in modern China.

Eric Lefebvre is Director of the Musée Cernuschi, the Museum of Asian Arts in Paris. Dr. Lefebvre was previously curator of Chinese Paintings and Calligraphy at the Musée Guimet in Paris from 2013 to 2015. Between 2003 and 2013, he was curator of Chinese collections at the Musée Cernuschi, and organized an array of exhibitions including, most recent Chinese Artists in Paris, from Lin Fengmian to Zao Wou-ki (Paris, 2011) and The Shanghai School of Painting (Paris, 2013). Between 2002 and 2014, he was an associate lecturer at the Sorbonne University and École du Louvre, where he has curated numerous exhibitions devoted to Chinese art, particularly paintings, in France and abroad. Dr. Lefebvre studied at INALCO, the National Institute of Oriental Languages and Civilizations, and holds a doctorate in art history from Sorbonne University. His main research focus is on the history of collections of Chinese art in late imperial China and modern Europe.

Dong Song is Researcher at Anhui Provincial Museum. His research interests include Pan Yu-Lin’s history of Chinese modern art and Chinese artists in France. In 2011, his project, “Comprehensive Research on Pan Yuliang's Works” was approved by the National Cultural Relics Bureau. A part of the first cohort of experts in the field of propaganda and culture in Anhui Province, he was selected to the U.S. State Department's International Visitor Leadership Program in 2013 to further his studies in the United States. Dong has organized more than 100 exhibitions, and won the "National Museum Top Ten Exhibition and Exhibition Awards" thrice. He has published the monograph "Pan Yuliang's Art Chronicle" and the paper "Pan Yuliang's Name Test". He also served as contributing editor to the Academic Committee of Pan Yu-Lin's Complete Works. Dong holds a Master’s degree in Fine Arts from Tsinghua University.