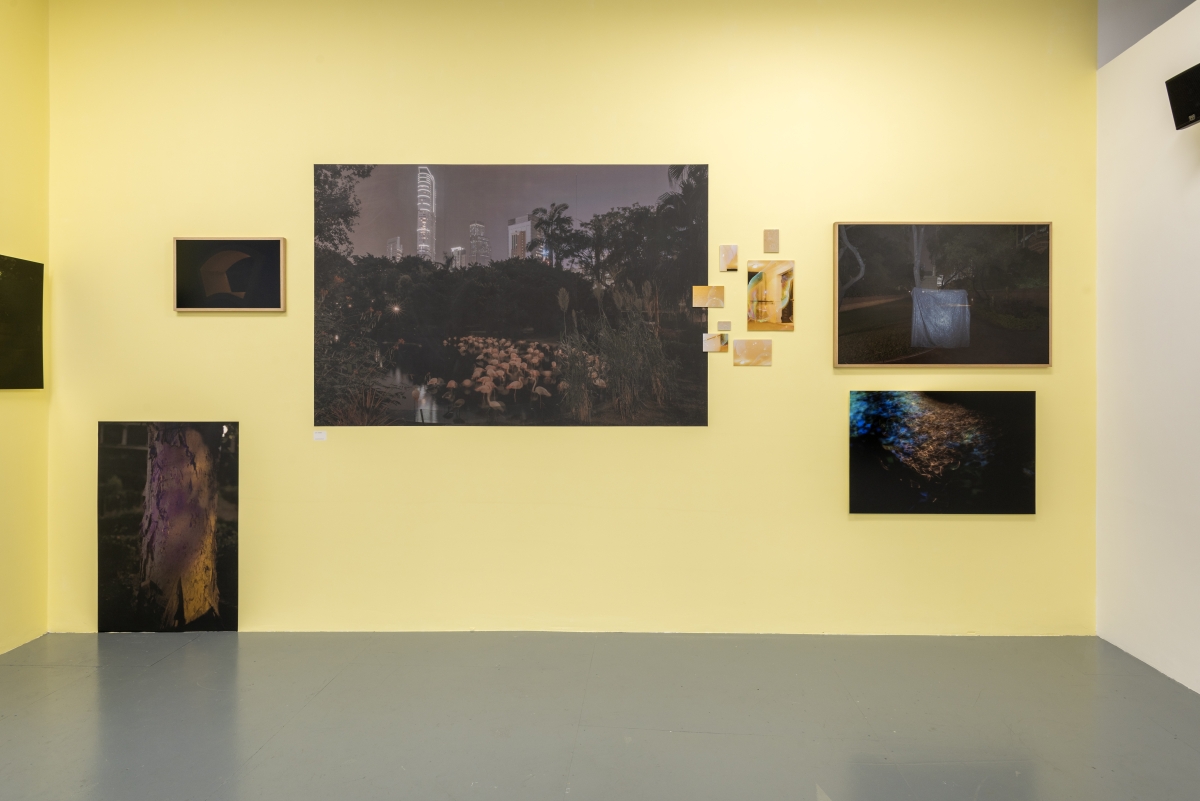 Do You Know Where the Birds Are? Photography, 2018. Installation View of Exhibition “Light” at Seen Fifteen Gallery, London

Follow the creative practices of Liao Jiaming, Wong Ka Ying and Monique Yim, and moderated by Sonia Wong through this artist talk taking on queer culture, sexuality and expression. In their mediums of photography, installation, video, and visual art. Beyond the white-cube space are creative practices that aim to deconstruct expectations to observe and tackle cultural, social and gender issues.

Liao Jiaming (b.1992, Guangdong, China) obtained his BA in Journalism from Sun Yat-sen University in 2016, and his MFA in Creative Media from City University of Hong Kong in 2019. He now lives and works in Hong Kong.
Starting from images, Liao’s creative practice expands to different media including photography, video, installation, and etc. His works usually focus on the topics of urban life, minority groups and living space, questioning the relation between the real and the virtual, as well as the subject and the object. Liao’s works have been exhibited or screened in Hong Kong, Shanghai, London, Zurich and other cities.

Wong Ka Ying (b. 1990) is an artist and writer based in Hong Kong. She received her BFA degree from the Chinese University of Hong Kong in 2013 and obtained her M.Phil. Visual Arts from Hong Kong Baptist University in 2021. A keen observer of the art community and society, Wong critically reflects on the various social, cultural, and gender issues today through using a wide range of media from performance to social media platform. Wong expresses passion in writing, curating and art educations. She made an outward appearance on various public sharing, seminars, panel discussion and talks, actively engaging with the communities and art lovers.

Monique Yim (b.1984, Hong Kong) is an artist and educator who received MA from Central Saint Martins, UK. She mainly engages in performance, also works in photography, video, mixed media installation, participatory art, public art, socially-engaged/community art, film and theatre. Her works largely concern social, cultural and gender issues, and have been presented in over 30 cities across Asia, Europe and Americas. She was awarded the “Visual Art Performance Made in Public Space” international prize at Kassak Centre, Europe and was named the finalist for “Hong Kong Human Rights Arts Prize”, etc. She has been a consultant, lecturer, workshop instructor, talk speaker and research conference presenter at numerous universities, schools, institutions and art events worldwide.

Based in Hong Kong, Sonia Wong now teaches gender and culture-related subjects at the Gender Studies Programme of the Chinese University of Hong Kong. Her research interests include lesbian identity, female sexuality, film, and new media.
She is the founder of Reel Women Hong Kong, the first and only independent film festival in Hong Kong devoted to the promotion of female-created films and artworks, as well as gender equality and awareness, in society. In 2018, she co-founded the Women’s Festival with Chantal Wong from Eaton HK and Vera Lui from Sally Coco, the first festival of its kind in the city.
Apart from being a community organiser and advocate, she is also a published poet and film critic. (moderator)