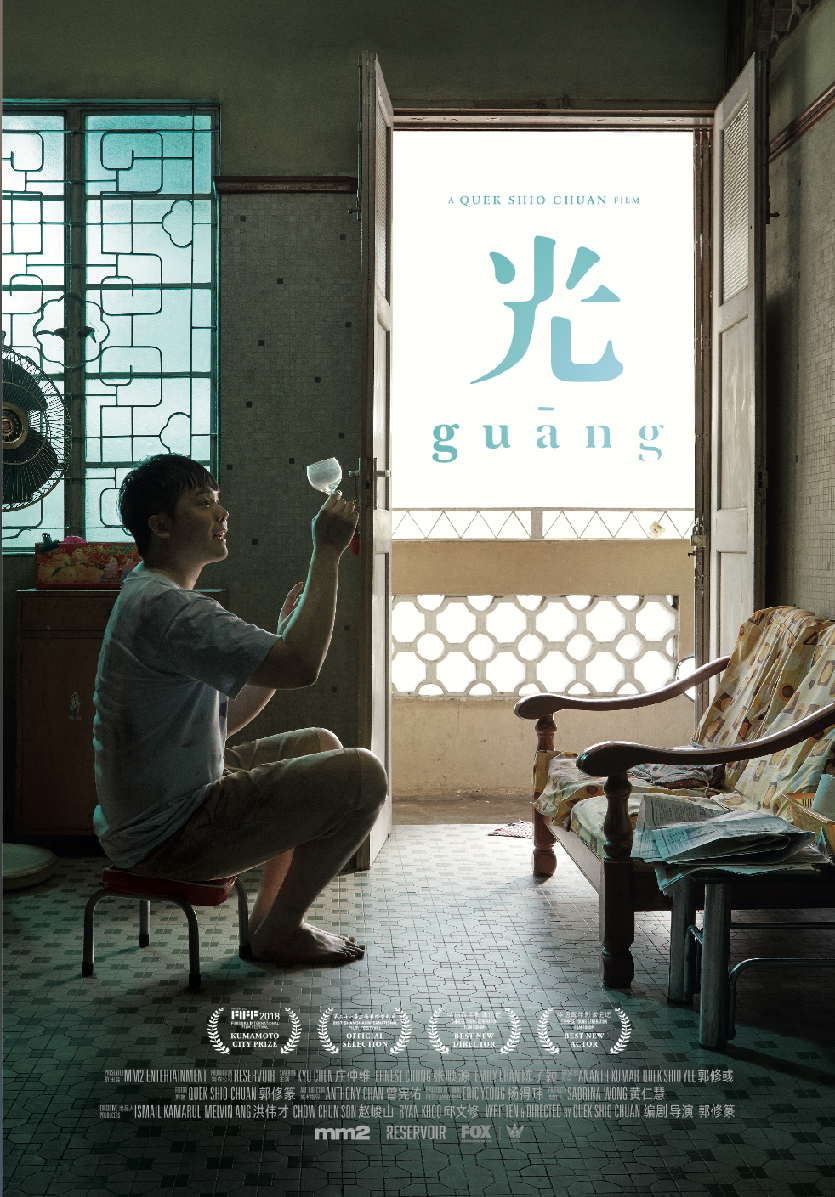 A spark of childhood inspiration starts an autistic young man on a journey to collect specific glass wares for his own unique purpose. In doing so, he jeopardizes his relationship with his younger brother and both their jobs. Little do they know that this quest could unlock the answers to their dire situation?
哥哥文光（莊仲維飾）合併自閉症，他一直無法專注及正常社交。因此，弟弟（張順源飾）一直想方法幫助文光應徵工作。面對文光一次又一次，因為分心而導致的面試失敗;甚至常常闖禍，惹麻煩，弟弟又氣憤又無奈。然而某天，從文光房間裡傳來音樂聲，弟弟推開門一看，赫然發現哥哥的音樂天賦，正在閃閃發光.....

As a Producer of 10 years, ISMAIL KAMARUL had been developing film directors throughout his entire career and turned many young up-and-coming into big names in the Malaysian industry. After winning numerous awards for his producing work with many film directors, including co-writing and producing the critically acclaimed feature film ‘Guang’, the longtime executive producer finally decided to strike it on his own and flex his creative chops in 2016 and start film directing.

QUEK SHIO CHUAN comes from the rural town of Batu Pahat, in the Southern Malaysia. He is currently anchored in Reservoir Production, a commercial film production company. His passion in filmmaking has seen him take up several positions in production whenever the opportunity arises. This ranged from offline editor, graphic artist, assistant director and finally, securing himself as a film director. After graduation, his first short film titled Guang had won multiple awards internationally.

SANIZA OTHMAN is the co-founder of the Michael & Saniza Collection that supports game changing artists, contemporary Chinese ink artists, women artists, disabled artists and the preservation of a family legacy. She has a strong passion to use arts as a channel to raise meaningful dialogue of the world around us. She is a firm believer of giving back to society especially in the areas of education, children causes and women initiatives. She is a Founding Patron of the M+ Museum, a President's Circle member at Asia Society and a Founding Member of the Malaysian Chamber of Commerce.