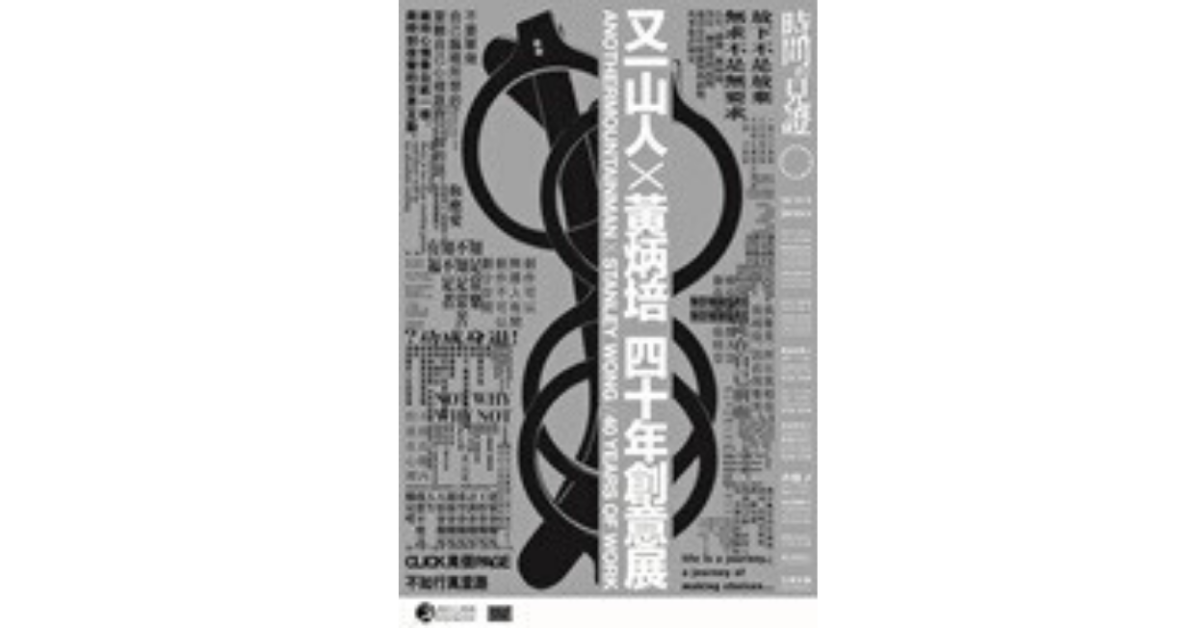 "Back to the past. Back to the future.
Back to the ultimate speed of light. Back to the basic.
Running forward, is fast, is exploration.
Looking backward, is slow, is inspiration.
On the long road, take some time to think."

This exhibition is a presentation on process, building and preserving, and precipitating. It is not an exhibition to display accomplishments.

Changed from a solo exhibition to a two-men show, "TIME WILL TELL" walks you through visual communicator Stanley Wong's (anothermountainman) metamorphosis from commercial work to personal creations, his promotion of well-being and social values, and the discovery of his two distinctive faces — Stanley Wong and anothermountainman.

The exhibition is divided into three parts — black, white and grey — showcasing anothermountainman's personal creations, including his "Positive Hong Kong" redwhiteblue series, created over the past two decades; Stanley Wong's graphic design and advertising works, such as his renowned early 1990s MTR advertisements series, and his corporate social value branding projects. Also shown to the public for the first time are a series of his large photographic works and his latest photo diary: Time Will Tell: 80/20 Enlightenment. Forty years. The exhibition starts with his latest work From Dust to Dust / 302 Days and concludes with the installation Impermanence, inviting visitors to mindfully revisit Stanley Wong x anothermountainman's 40 years of work and practice, savouring the impermanence of life together. 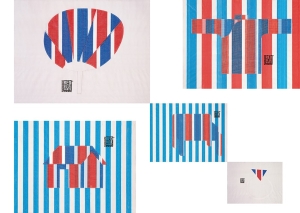 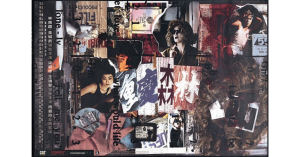 Read more about the exhibition here.

After five years as a graphic designer, anothermountainman (Stanley Wong) started his career in the advertising industry and worked as a Chief Executive and Creative Director for many international advertising companies for fifteen years. Later, with his passion and enthusiasm for creative designs, Wong became a director for television commercials and established 84000Communications in 2007 and branched out his artistic career. Wong is the recipient of more than 600 Asian and international awards for his art, design, photography and advertising works. Many of his art works have been exhibited overseas in international museums and are now part of their permanent collection. In May 2012, Wong was also awarded the Artist of the Year 2011 (Visual Arts) from Hong Kong Arts Development Awards and the Hong Kong Contemporary Art Awards 2012 from Hong Kong Museum of Art.

Additionally, anothermountainman is also a very passionate photographer, focusing his work on social issues. For the past 10 years, Wong gained international awareness with his ‘redwhiteblue’ artwork collection, representing the ‘positive spirit of Hong Kong.’ He came to international attention with this series, which he presented at the 51st Venice Biennale in 2005 representing Hong Kong.