[In-person event] A Week With Rebecca 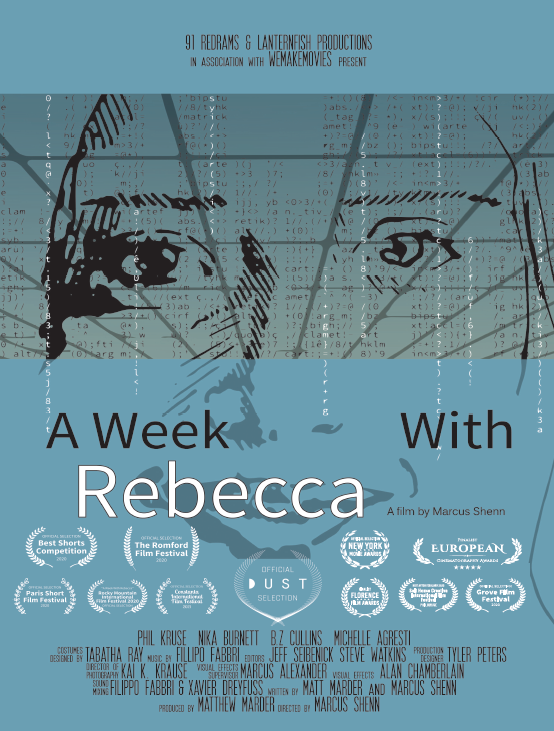 A Week With Rebecca, Film Short – A robotics company executive pushes for the development of a lifelike android companionship model and unexpectedly spends a week with her. Intriguing and moving storyline with a provocative premise – carries by excellent technical craft and convincing performances, Stars: Nika Burnett (Brindisi), Phil Kruse (Lucifer), BZ Cullins (Please Stand By).

Marcus Shenn grew up in various places in Asia and North America and currently spends his time between Paris and Hong Kong. He received an MBA from the INSEAD School of business and furthered his studied at the International Academy of Film and Television and the American Film Institute. Having made films in Hong Kong and Los Angeles, Marcus aims to further his experience by making movies of different genres. For inspiration he likes to speak with and understand people from all walks of life. Currently, he is working on developing a script for a feature length project.

Ruby Yang is an Academy Award winner for the Documentary Short Subject, The Blood of Yingzhou District (2006). She is also known for directing the Oscar-nominated documentary short The Warriors of Qiugang (2010) and the award-winning feature documentary My Voice, My Life (2014). Yang is a member of the Directors Guild of America and the Academy of Motion Picture Arts and Sciences. She now heads the Hong Kong Documentary Initiative at the University of Hong Kong, which aims to nurture the next generation of documentary filmmakers in the region. In May 2019, she received Artist of the Year​ in Film of Hong Kong Arts Development Awards.

Click for directions
Register Now
20210504T181500 20210504T194500 Asia/Hong_Kong Asia Society: [In-person event] A Week With Rebecca In A Week With Rebecca, a robotics company head pushes for the development of a lifelike android companionship and unexpectedly spends a week with her. The screening of the film is followed by a discussion with film director Marcus Shenn.