Past Perspectives: The Last Kings of Shanghai | Asia Society Skip to main content

Past Perspectives: The Last Kings of Shanghai 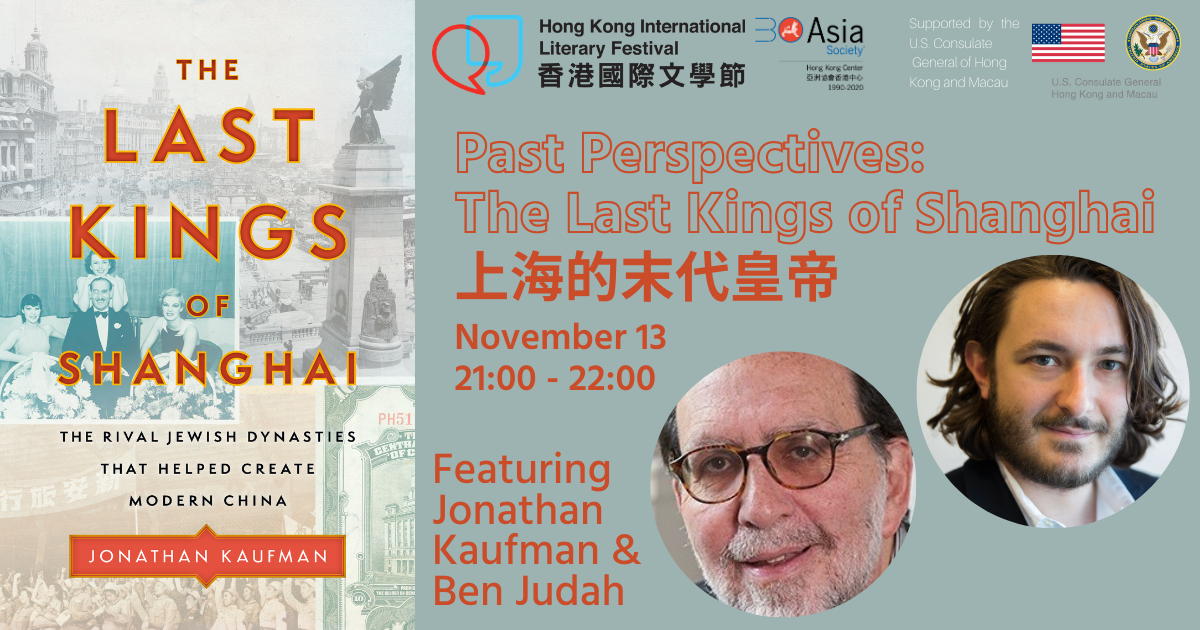 Pulitzer prize-winning journalist and author Jonathan Kaufman brings us a tale of opium smuggling, family rivalry, political intrigue, and survival that stretches from Baghdad to Hong Kong to Shanghai to London. The Last Kings of Shanghai: The Rival Jewish Dynasties that Helped Create Modern China is a story of two Jewish families, the Sassoons and the Kadoories, who stood astride Chinese business and politics for more than 175 years, profiting from the Opium Wars; surviving Japanese occupation; courting Chiang Kai-shek; and losing nearly everything as the Communists swept into power. Join Kaufman as he talks with writer Ben Judah, whose ancestors were another prominent Jewish family that did business in Asia. Jonathan Kaufman and Ben Judah will join virtually.

Jonathan Kaufman is a Pulitzer Prize-winning reporter who has written and reported on China for thirty years for The Boston Globe, where he covered the 1989 massacre in Tiananmen Square; The Wall Street Journal, where he served as China bureau chief from 2002 to 2005; and Bloomberg News. He is the author of A Hole in the Heart of the World: Being Jewish in Eastern Europe and Broken Alliance: The Turbulent Times Between Blacks and Jews in America, winner of the National Jewish Book Award. He is director of the School of Journalism at Northeastern University in Boston.

Ben Judah was born in London. He has travelled extensively in Russia, Central Asia and the Levant. His writing has featured widely, including The New York Times, The Financial Times, and Politico. His first book, Fragile Empire (2013) was a study of Vladimir Putin’s Russia and his most recent book This is London (2016) is a portrait of the British capital. He lives in New York.