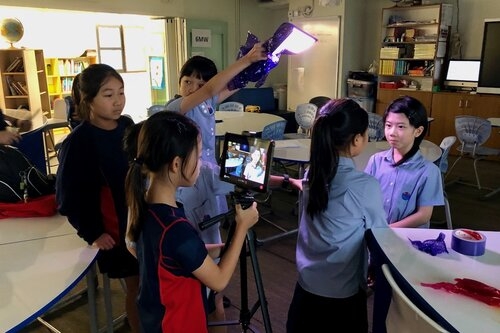 Ever wonder what goes into making your child’s favorite movies? This summer, Asia Society Hong Kong Center and Babel Film Workshop are offering children a hands-on experience to engage with filmmaking.

In this introductory workshop, students will explore the film elements through age-appropriate activities to communicate their ideas on film. They will also learn filmmaking techniques from Hollywood productions, and apply them to their own original mini films.

**No filmmaking equipment is required to bring to the class.

Babel Film Workshop was founded by Jeremy Hung with a mission to popularize film education. A graduate of New York University’s Tisch School of the Arts, Jeremy has worked professionally in the American, German, and Hong Kong film industries, and his work has been recognized in Hollywood by the American Cinema Editors and locally by the Asian Film Awards Academy. Jeremy is a Yale-China Arts Fellow, and recently launched the global filmmaking initiative Film Stylo while in an arts residency at Yale University. Having made films since middle school, he has learned many valuable lessons on film sets, and aims to replicate this important learning environment for students of all ages.