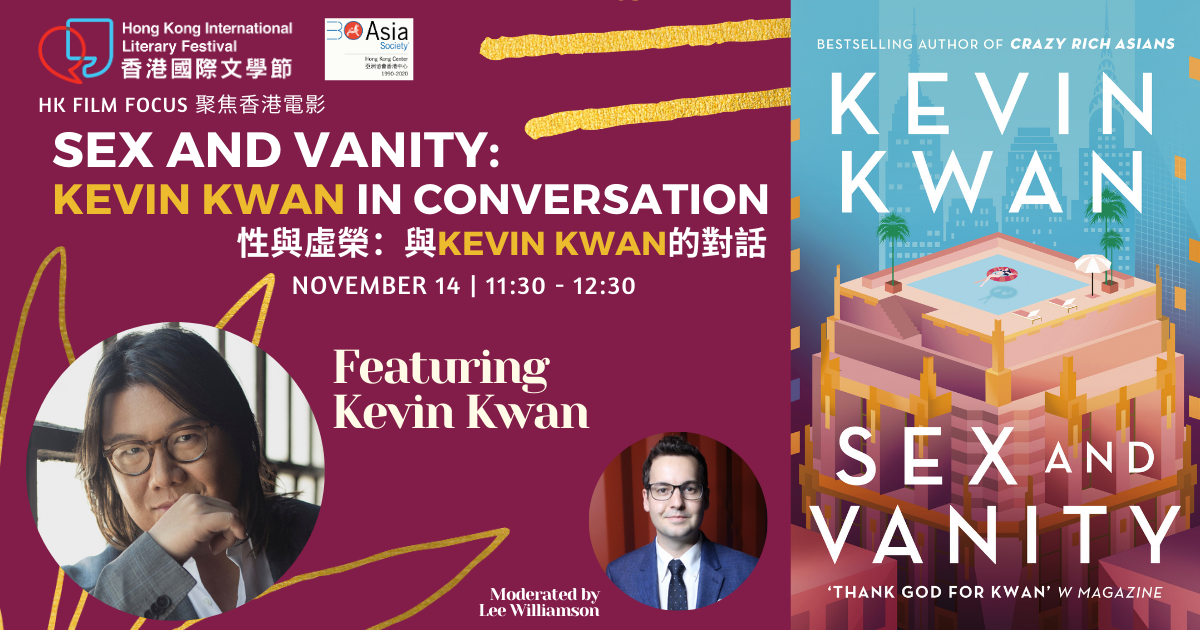 Don’t miss the chance to catch author and creator of the bestselling phenomenon that is Crazy Rich Asians, Kevin Kwan discuss his latest novel, Sex and Vanity, with Tatler’s Generation T editor, Lee Williamson. Moving between Capri and the Hamptons, Lucie Churchill finds herself torn between two men: the WASPY fiancé of her family’s dreams and George Zao, the man she is desperately trying to avoid falling in love with. This glittering tale is both a homage to A Room with a View and a modern love story and, as it is written by Kevin Kwan, it is also a brilliantly funny comedy of manners set between two cultures. Kevin Kwan will join virtually.

Kevin Kwan is the author of Crazy Rich Asians, the bestselling novel that has been translated into more than 40 languages. For several weeks in 2018, the Crazy Rich Asians trilogy commanded the top three positions of the New York Times bestseller list – an almost unprecedented single-author trifecta, and the film adaptation became Hollywood’s highest grossing romantic comedy in over a decade. Kevin’s latest novel, Sex & Vanity, published in June 2020, also became an instant New York Times bestseller. In 2018, Kevin was named by Time Magazine as one of the 100 Most Influential People in the World.

Lee Williamson is a Hong Kong-based journalist with a decade of experience in the Greater China region. Formerly in the editor’s chair at Time Out Beijing, he now heads up editorial for Generation T, Tatler Asia’s content and events platform for young leaders who are shaping Asia’s future. He was selected as a WAN-IFRA Young Media Leaders Fellow 2020.